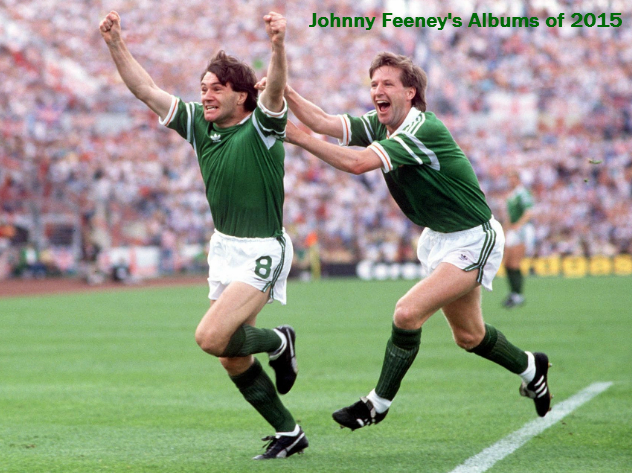 The reliable musical sage that is Johnny Feeney, steps up on this soapbox to share his favourite records from 2015.

Johnny’s guest posts are always insightful, interesting and always add an extra flavour the blog and I look forward to reading them – surely I’m not alone?

A massive thanks to Johnny for taking time out to write this up, and on that note, I’ll leave you with his 25 albums of 2015……

19. Trembling Bells – ‘The Sovereign Self’

18. Courtney Barnett – ‘Sometimes I Sit and Think, and Sometimes I Just Sit’

Glaswegian Christopher Duncan’s Mercury-nominated debut album is a beautiful piece of dreamy, baroque chamber pop, heavily layered with more than a hint of Grizzly Bear about it.

A triumphant return for the Belfast four-piece after 2013’s exceptional ‘The New Life’. Their wonderful third album contains lots of slightly dark post-punk/alt-rock with spacey synths introduced into the mix.

Jamie XX’s kaleidoscopic debut solo album comprises introspective dance tracks with the ability to regularly stop you in your tracks. With plenty of guest appearances and samples, ‘In Colour’ runs the gamut of UK club culture from house to garage without ever losing focus.

The North Londoners’ debut album is one of quite stark contrast – Ellie Rowsell’s breathy, poppy vocals are somewhat at odds with the heavier alt-rock sound of her band mates. The results, however, are frequently startling.

The Sydney garage/punk-rockers’ second album is an energetic, spiky affair full of needling guitars and short, sharp tunes. The album clocks in at under half an hour but what it lacks in length, it certainly makes up for in quality.

The Toronto four-piece’s debut is a fabulous indie/alt-rock record heavy on massive, sprawling guitars and Katie Monks’ rasping, snarling vocals. You can hear the influence of many North American bands on here such as Pixies, Yeah Yeahs Yeahs and Hole but never does it feel derivative.

The second album under the Father John Misty moniker from former Fleet Foxes drummer J Tillman is a dazzling roller-coaster ride of emotions. Wonderfully produced and musically uplifting folk/Americana, Tillman’s cutting lyrics have the ability to consistently knock you to the floor.

Thankfully there’s no trace of the dreaded sophomore slump on Django Django’s second album. It feels almost like a tale of two halves – the first half is heavy on electronics and concentrates on the cosmos, while the second half showcases the band’s unique surf-rock guitars and layered harmonies. This album definitely benefits from repeated listens.

The Perth psych-rockers’ third studio album can hardly be labelled psych-rock there are so few guitars on it. What Kevin Parker and co have created though are synth-heavy, impossibly dreamy tunes that can take bits of mundane everyday life such as going to the dry cleaners and bumping into an ex and turn them into something wonky and wonderful. Spellbinding psychedelia at its very best, bookended by two of the best tunes of the year in ‘Let It Happen’ and ‘New Person’, ‘Same Mistakes’. Sublime.