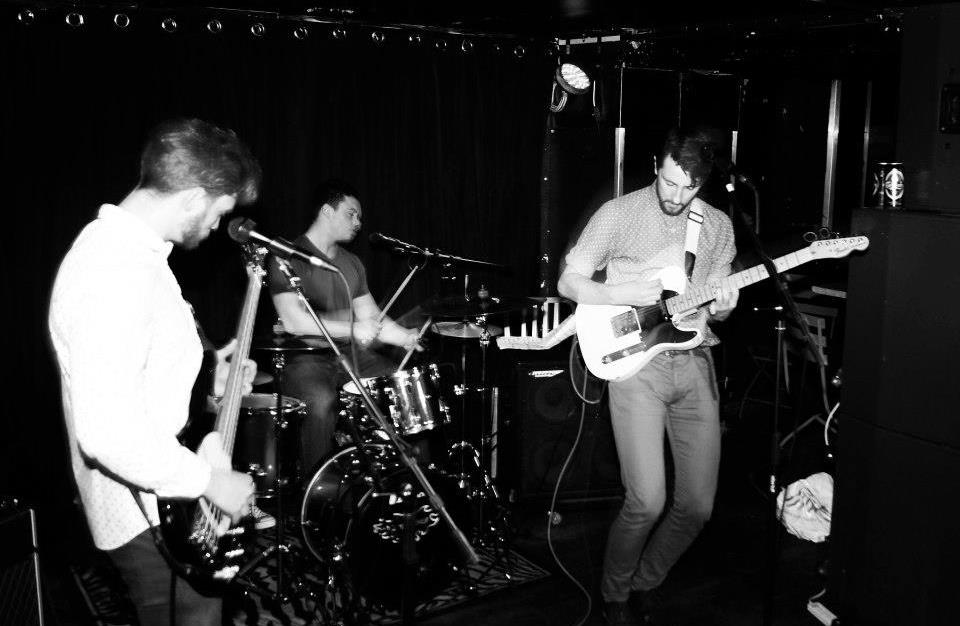 Illusive Berlin based producer The Static Hand has come up trumps with his new single, ‘One Double One’ & video to boot.

Comprised of a series of synths, glitches and beats, ‘One Double One’ is a dark, eerie and decidedly unnerving creation, something the video certainly expands on. The video certainly brings to mind the creepy cut scene’s you get in BBC Three show Ideal. A perfect inclusion for the day that’s in it, being Halloween and all.

‘One Double One’ is taken from The Static Hand’s new album Short Bursts From a Starting Gun which is out now.

Tenaka (Aka Ronan Carroll) is one of many impressive Irish electronic producers to emerge in recent times. He has put together a 47 minute long mix Rhythm Incursions, a collection of 21 tracks that include remixes, previously released, unreleased and demo tracks, charting his musical journey so far. Impressive stuff.

As the man himself puts it:

“Since my first EP I’ve been close to and scraped 2 albums (one after the ‘Eponymously Titled’ EP and one after the ‘EPhemeral’ EP) .‘Collected’ is a snapshot of those tracks which includes remixes, previously released, unreleased and demos tracks. I took this opportunity to compile them in this mix to serve as a bridge between the EPhemeral EP and the EPoch EP which will be released this summer. I guess this is the closest I’ll get to finishing an album any time soon”

King Krule aka Archy Marshall, has long been the recipient of huge praise from these quarters since his days as Zoo Kid.

The King Krule EP is out now on True Panther.

How we could do with some of that sunshine clad summery music The Bees are renowned for. Brrrrrrrr!

Oh well, you can’t always get what you want.

The second single to be lifted from The Bees splendid fourth album Every Step’s A Yes‘ is a frosty winters love song, ‘Winter Rose’.

To my complete and utter shame, although being fully aware of their existence and reported talents this is the first time listening to Wavves. Why? I have no idea but on a quick inspection I’ve obviously being missing out, something I would do well to rectify, an enjoyable post-Oxegen task is before me.

Back to the here and now and the cause of  this ‘remarkable’ admission of stupidity. I randomly stumbled upon ‘King of the Beach’, the title track from Wavves new album, indie surf-rock with a dash of punk. Love it.

Wavves – King of the Beach

This month sees another Kildare native, Garlad (aka Gar Deady) take to the decks to rustle up a mix for all you lucky, lucky people. Kildare seems to have an almost inexhaustible supply of musical talent at the moment with Djs being a speaciality but who’s complaining?

It’s a nice tight electro mix with a couple of real gems I hadn’t heard before. Personally delighted at MMM’s inclusion, it is after all the best electro tune of the year. Enjoy!

I’m delighted to announce I will be taking part in 90km cycle ride that is ‘2Wheels Tour de Picnic’ to raise some much-needed funds for Temple Street Children’s Hospital, Dublin. The 90k cycle will leave Dublin at 9.30 on the morning of Friday 3rd September bound for Electric Picnic in Stradbally Co. Laois taking the quiet scenic back roads through Blessington, Kilcullen and Athy.

While I’d cycle quite a bit i’ve never taken on something as challenging as this so it’s a bit of a step into the unknown especially as there’s a festival to enjoy when I arrive. I will keep you up to date on how my ‘training’ and fundraising progresses over the next nine weeks with a weekly post on the blog. It should be interesting to see how I do on both fronts but it will be fun and most importantly all funds raised will go towards the Neurosurgery Appeal to assist patients suffering from diseases or injuries ofthe brain or spine.

Please give as little or a much as you can afford it all makes a difference – To donate simply go to my charity page or you can post a cheque or postal order just drop me a line here or at barrygruff[at]gmail[dot]com for details, you can also make a donation in person if you would be frequenting the same places as I that is.

Some Syd Barrett Pink Floyd for the occasion – I’m off for a spin, it’s a nice day!

A slightly more comprehensive weekly roundup of tracks returns to compensate for any aural neglect afflicted by The World Cup.

Mp3: The Qemists – Your Revolution

The first serving from Ninja Tunes ‘The Qemists’ as they follow-up Join The Q with the seriously bass heavy ‘Your Revolution’. Only recently becam aware of them but this is a massive tune.

The new Chemicals album (more on that later) sees a return to form following some ‘mediocre’ releases, all 9.59 mins of ‘Escape Velocity’ is a frank reminder why they’re one of the greatest electronic artists of all time and should never be written off.

No sooner had I began sinking my teeth into the 80’s obsessed Minitel Rose new album Atlantique and a flurry of mixes appeared on the horizon to distract me. The pick of the pile is Thieves Like US summery mix an overload od groovy beats and wah-wah guitars.

What happens when you cross a member of The Roots (Scratch) with Damon Albarn and Talib Kweli? Beautiful majestic and melodic perfectly chilled hip-hop. Where does Albarn find the time?

Big Charlie are Italian duo Matteo De Ruggieri and Stefano Milella, largely influenced by the likes of Phoenix and Beck they’re sound is difficult to categories with touches of electro samples coming through. ‘Roses’ meanwhile is a meandering, endearing almost lo-fi track at times with some strong Super Furry Animals sentiments to it.

The Japanese Popstars have to be one of the busiest in the business and hot on the heels of the release of the video for ‘Destroy’ last week comes their long-awaited remix of Gorillaz ‘On Melancholy Hill’, great stuff as usual.

It’s hard to believe this is only Two Charming Men’s remix but the Kildare duo have returned with another dancefloor destroyer, this is certainly not the last time we will be acquainted with these guys here or elsewhere. They support FOAMO! at Transmission in The Button Factory, Dublin on 17th July.

There was a bit of a stir surrounding this one whether it’s a collaboration or features samples from M.I.A – boo woo! It’s the later but regardless ‘Toldya’ is a decent slice of sample-filled craziness, while I’m not one to cause further trouble it does sound as though it’s borrowed more than a drop of inspiration from EMF’s ‘Unbelievable’.