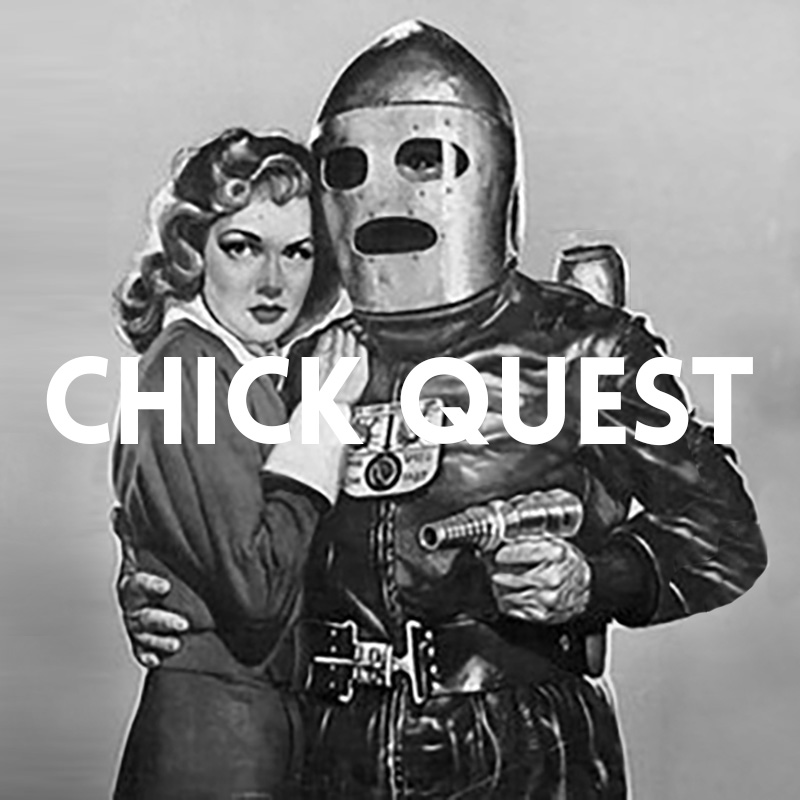 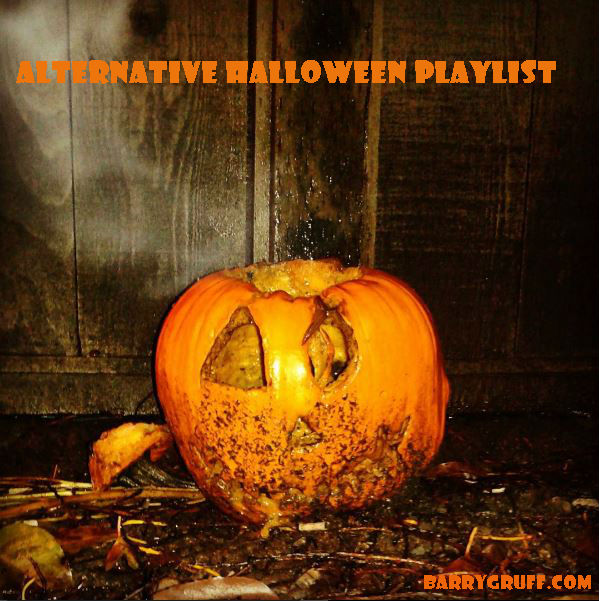 Halloween is almost upon us once again, as we get ready to celebrate all things ghoulish, ghostly and chilling, with fireworks and flagons around bonfires.

Every celebration is in need of a good soundtrack and Halloween is no different. And if your in the hunt for some spooky sounds that extend beyond ‘Thriller’, ‘Monster Mash’ and ‘Ghostbusters Theme’? Fear not (or be very afraid) you’re covered with this monstrous four-and-half-hour ‘Alternative Halloween’ Spotify playlist. With lyrics or titles pertaining to Halloween, or some just plain ghostly, dark and creepy; from ‘The Horrors’ to ‘Burial’, ‘Ghost Town’ to ‘The Killing Moon’ and ‘Dead Souls’ to ‘Psycho Killer’ – there is a tidy blend of genres across 60+ tracks.

Plenty here to sink your teeth into. Bone appetit! (Ba dum tss). I’ll go now, the Spotify playlist is below & have a great Halloween! 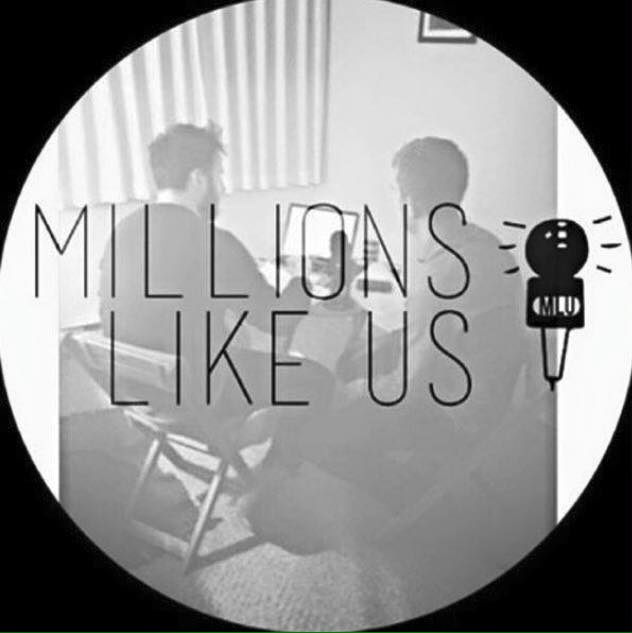 Every two weeks, Justin & I, in conjunction with Vancouver news & culture site 604now, aim to deliver an eclectic and hand-picked selection of top class music. There’s plenty to chew on with a bumper episode #18, almost 2 hours in fact, of great tunes and plenty of chat, on all manner of topics and music including festivals; as we talk Music Waste and Levitation Vancouver.

END_OF_DOCUMENT_TOKEN_TO_BE_REPLACED 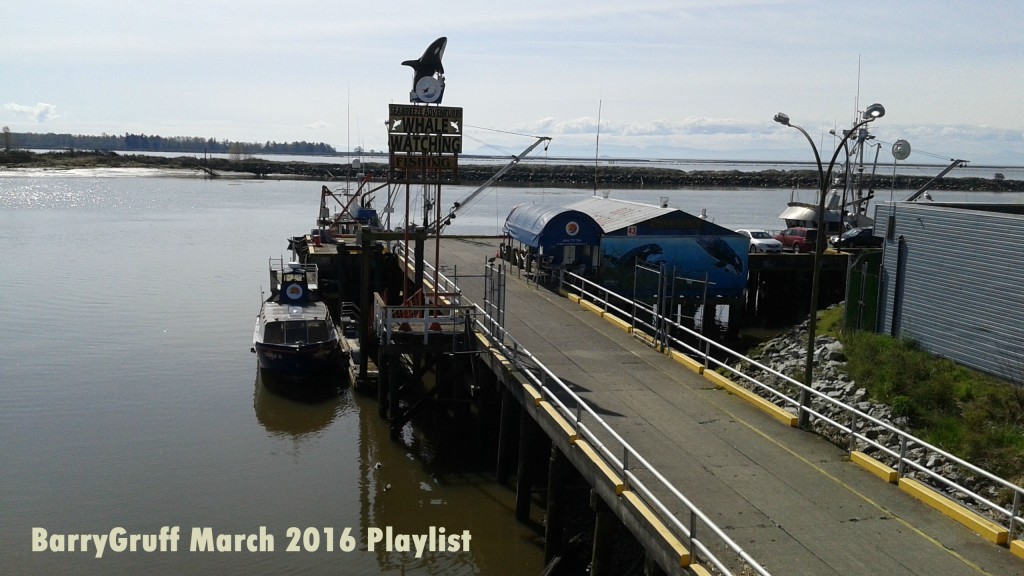 March was good, as was the weather but even better tunes and whatnot. We had tracks courtesy of Helen Love, Teleman, Weird Dreams and Kelly Lee Owens  from their respective, new and forthcoming albums. We had introductions to Estrons, Hannah Lou Clark, Deep Sea Diver, Games Violet, Pavel and Eoin Dolan, while there were excellent new singles/EPs from Bousada, Anderson, Junior Bill, Silverbacks, Slow Riot, Boxed In and David Harks. Oh, and there were two new episodes of ‘Millions Like Us’, Justin Beats & I’s new music podcast extravaganza for 604now (if you missed them, check ’em here). You can also subscribe to ‘Millions Like Us’ on iTunes & Podcast Republic or find us on Facebook & Twitter.

Well then, that’s that for another month – listen to BarryGruff’s March 2016 playlist below. Enjoy! 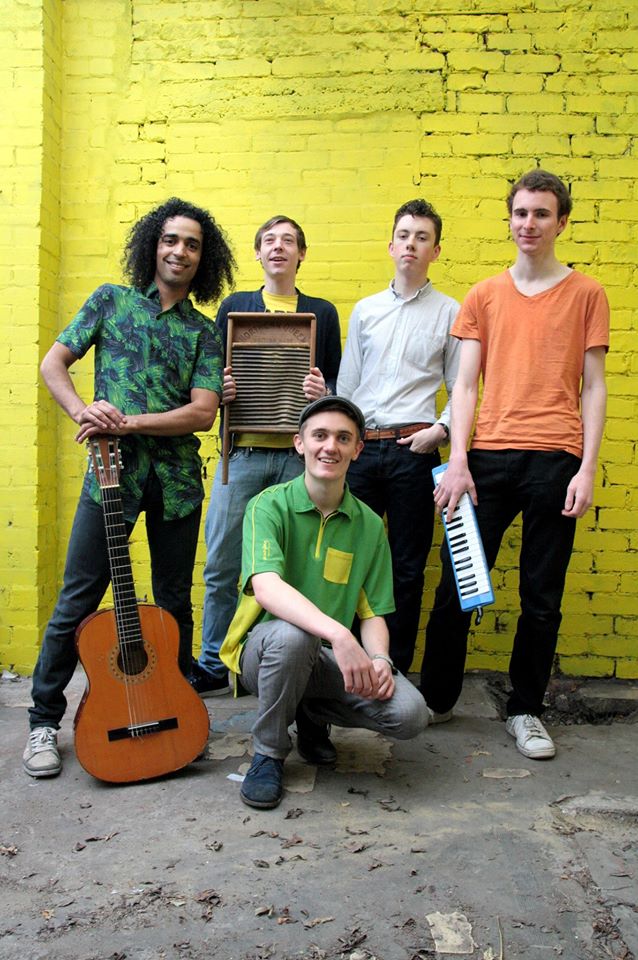 Junior Bill are a Cardiff crew who’ve built a reputable name for themselves thus far, with a superb blend of punky, ska-tinged and soulful and rock ‘n’ roll. And it is business as usual, as Junior Bill continue this fine, fine form with new single ‘Respectable Man’.

Taken from their forthcoming new EP, Off Broadway, Respectable Man’s punky, ska-tinged skank falls somewhere between The Specials and The Clash. Amid all the steady ska-punk rhythms, sunny guitars, energetic escapades, organs and reverb-laden dubby tendencies, combining to stunningly ear-catching effect, there is substance to this slick style. Nichols’ lyrical prowess and storytelling ability has, and remains, second to none. The song’s got a clever narrative, of a narrow-minded Daily Mail readying type (ya know, like Alan Partridge, with even less charm) and his encounters with people in search of a few charitable quid. The video by Joe Marvelly is none too bad either, as it further elaborates on the tune’s narrative. Brilliant!

Off Broadway is released on April 1st, Pre-order it from here. You can check out ;Respectable Man’ below. (Photo credit: Tess Seymour)

When I did the first ‘Trojan Warriors’ mixtape I never envisaged doing any more than that. Lo and behold, here we are with ‘Trojan Warriors 3’, completing the most unlikely of trilogies.

It’s been great fun putting all three together and the previous two have proved far more popular than I had ever imagined. Anyway, the third and final mix is much the same as before; a selection of Jamaican sounds ala Ska, Reggae, Dancehall, Rocksteady etc. compiled of favourites from various albums, compilations and box sets acquired throughout the years. Some are fairly well known, others less so. As with the previous two, I can’t guarantee that all these featured on Trojan Records (I’m pretty sure quite a few didn’t) but ‘Trojan Warriors’ has a nice ring to it.

That’s enough waffle. I hope you enjoy the mix below and if you haven’t heard Part One & Two, check them out here. If you’re digging the tunes and happen to be going to Electric Picnic this weekend, why not swing by Trenchtown. And finally, credit for the image goes to my very talented cousin(t), Kevin Squires. Enjoy!

END_OF_DOCUMENT_TOKEN_TO_BE_REPLACED

Last summer I put together the ‘Trojan Warriors‘ mixtape, which was basically a selection of Jamaican sounds ala Ska, Reggae, Dancehall, Rocksteady etc. It was a whole lot of fun putting it together and as it proved far more popular than I had expected, I decided to do a sort of follow up.

So yeah, I can’t guarantee that all these featured on Trojan Records (I’m pretty sure quite a few didn’t) but ‘Trojan Warriors’ just has a great ring to it, that and in the interests of continuity, I’m sticking with the Trojan handle. Between that and bouts of boredom over the weekend ‘Trojan Warriors 2’ was born.  The premise is the same once again, I listen to all this stuff quite a lot and regularly add to my collection yet it rarely features on the blog. The mix is compiled from favourites off the various albums, compilations and box sets I have acquired throughout the years. Some are fairly well known, others less so.

I got a real kick out of putting this together and hopefully people enjoy ‘Trojan Warriors’ mark two as much as the first incarnation. Well, that’s enough waffling from me, give it a spin below and the tracklisting is after the jump. Also, credit for the image goes to my very talented cousin(t), Kevin Squires.

END_OF_DOCUMENT_TOKEN_TO_BE_REPLACED

Trojan Records marked the 50th anniversary of Jamaican independence with the release of Freedom Sounds, a collection of over 100 tracks spread across 5 CDs from influential Jamaican artists etc. that have influenced popular music across the past five decades.

That set me thinking, there’s never been much in the way of Ska, Reggae, Dancehall etc. on the blog. It’s quite strange seen as I’ve been a big fan since my Dad introduced to the genres when I was younger. This stuff, Ska in particular,  just struck a chord with me (no pun intended). It’s hard not to like, it is, for the most part upbeat, bright and fun. It is music with stories to tell, of love, life and struggles, but just as important, you can nod along and dance to it quite happily. It is probably only matched by Hip Hop in that regard.

I have compiled some of my favourite from the various albums, compilations and box sets I have acquired throughout the years. Some are fairly well known, others less so. I can’t guarantee they all appeared on Trojan (but ‘Trojan Warriors’ has a nice ring to it), see it as an introduction if nothing else.

If you fancy delving a bit further, I suggest checking out BBC 4’s ‘Reggae Britannia‘ or getting your hands some of the many excellent Trojan Records Boxsets. Consequently this happens to be the 1,000 post on the blog, no better way to celebrate eh? Enjoy!

END_OF_DOCUMENT_TOKEN_TO_BE_REPLACED I can’t say I’m too taken by Toddla T’s new single ‘Alive‘, it’s just a bit, well, mmeh. This is of little consequence thankfully as Toddla T has kicked off the Clarks Originals remix series with a superb rework of The Pioneers ‘Let Your Yeah Be Yeah’.

It is fair to say for the most part classic tracks should be left well alone but this Trojan classic is in safe hands from a producer who’s love affair with Jamaica, it’s culture and music, runs deep. Introducing his own unique style, it is upbeat and bright with a flurry of sharp beats and bass drops, the track is totally re-imagined while paying tribute to the original track in the best way possible.

The Pioneers ‘Let Your Yeah Be Yeah’ (Toddla T Remix) is available for FREE download from here. North London’s Mr. Bligh came in for a lot praise here for his debut album Is This England?

An artist with a predilection for insightful social commentary. His debut record is a rumbustious rattle through London life exuding lyrical maturity and youthful rebellion in equally measures.

Anyway he has just dropped a new animated video for the ska-tinged single of the same name which pretty much captures the rich mixture of indie, punk, reggae sounds that makes the album so great.

Mr Bligh’s debut is available for FREE in exchange for an email address on his website right now.

Mr Bligh – Its Not Fair