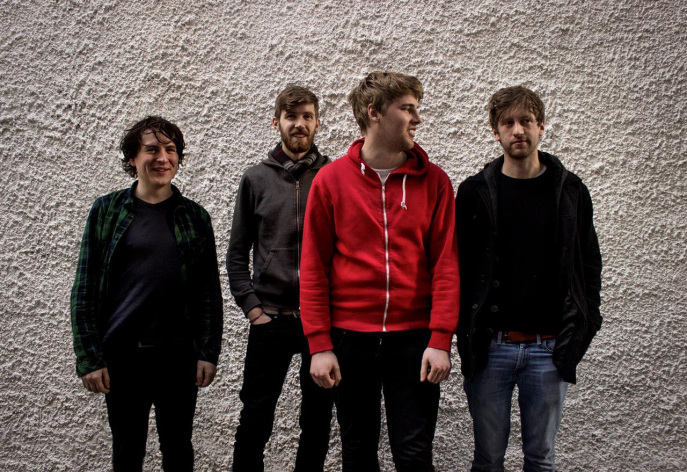 Dublin’s Girl Band have already proven themselves masterful in the way of scraping, dissonant noise-punk and clearly not content with releasing one of the best Irish songs produced this year, they’ve gone and done it again.

Girl Band have followed up their sprawling 6-minute plus industrial stomp of gut-wrenching and desolate post-punk rock that was ‘Lawman‘, with an abrasive three minute monster called ‘De Bom Bom’. Do not be deceived by the jovial title, ‘De Bom Bom’ is gruesomely intense. It is an agitated coming together of rattling guitars, fuzzed up bass and frenetic drumming, which are angrily spat over by Kiely’s screeching vocal, basking in the glorious industrial rhythm (one which Nialler9 rightly pointed out, comes across like Daft Punk’s ‘Rollin & Scratchin’). It is yet another stunning example of what Girl Band have in their arsenal -a characteristically loud and breathless mass of angry, brutal and ugly vented anger – in a good way of course.

‘De Bom Bom’ is out September 1st on Any Other City. Listen to it below & pre-order it here.