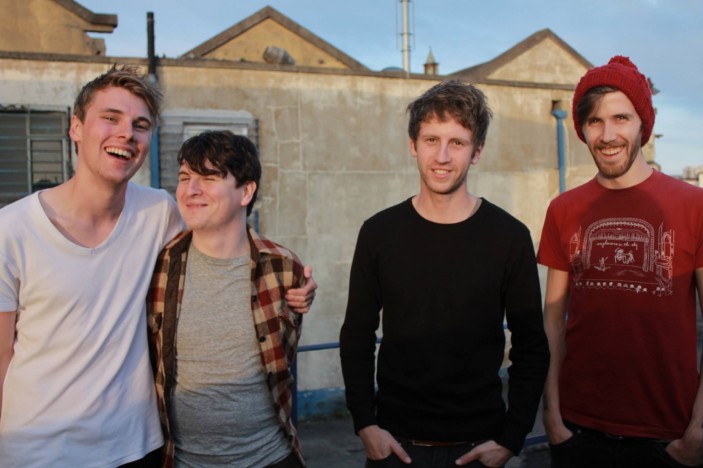 It’s been a while since we’ve heard from Girl Band. The Dublin band had a relatively quiet 2013 but they’ve kicked off 2014 with Irish, UK and Eurosonic dates, and most importantly a new single.

‘Lawman’ is a real beast of a track. Over a sprawling six-minute industrial stomp of gut-wrenching and desolate post-punk rock, the ears a battered into submission with a fuzzed and filthy caustic cacophony of sound. The Dublin four piece have rarely been anything but exhilarating, in the flesh or on record, and ‘Lawman’ is in keeping with tradition. In short; this is a stunning tune and it’s good to have them back.

‘Lawman’, Girl Band’s first ever 7″, is released on January 10th via Any Other City Records on a limited run of 300 records. Turn up the volume and check it below.