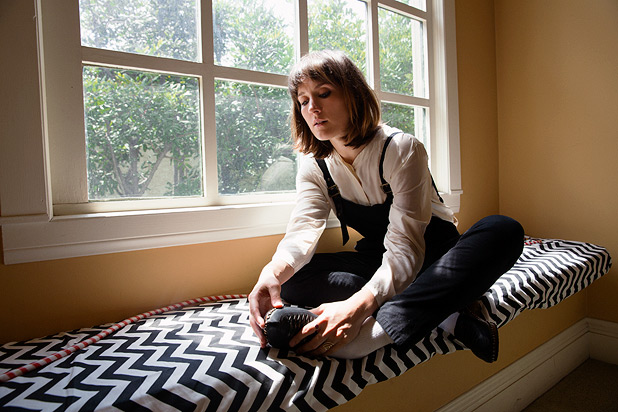 Welsh songstress Cate Le Bon will release new single ‘Duke’ in September, the 4th to be taken from her album Mug Museum.

Mug Museum is a such sublime piece of work, filled with so much alluring charm, that although released last year, it has been the soundtrack to my 2014. And what of the new single ‘Duke’? Well, it is bestowed with all the wondrous majestic brilliance that makes Mug Museum such an irresistible and utterly bewitching, beguiling and beautiful record. It arrives with a sort of dazed drone of awkward, kind of funky rhythms met with precious, off-kilter melodies, which create a woozy haze, providing the perfect backdrop for Le Bon’s rich and beautiful vocals. There is something about her thick Welsh accent and lilting elocution that just makes her voice swirl around words and utterly consume you. Le Bon’s gentle delivery can make her seem like the shyest of characters at times but with ‘Duke’, we get two sides, as she sweeps from the gentle to belt out some high-pitched soprano notes with the climax of ‘Duke’. An absolutely marvellous talent, one that would exhaust the use of superlatives.

While we’re on the topic of Cate Le Bon, she will also be releasing a limited edition 7″ of ’He’s Leaving’ (which I previously waxed lyrical about here) and ‘Solitude’ (which is just a fantastic). It’s a tour-only seven inch pressing to coincide with her UK tour in September.

You can give both ‘Duke’ & ‘Solitude’ the once over below. And if you’ve not do so already, check out her latest LP Mug Museum here (and I strongly urge to do so).