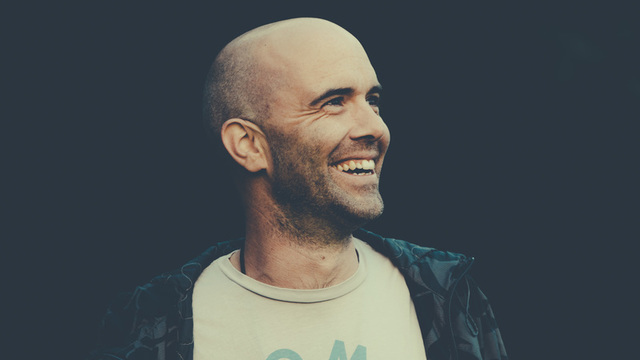 Last week the wonderful, the magnificent and the legendary Super Furry Animals, announced they shall be gracing Vancouver in the new year, when they play at Imperial on February 4th, 2016. I for one, CANNOT FUCKIN’ WAIT!

With that in mind, there’s no better 0r more apt time to share this, an interview I did with SFA’s Cian Ciarán, earlier this year. Originally published with GoldenPlec on July 5th, 2015 – here it is:

Cian Ciarán is best known as Super Furry Animals’ resident electronic and keyboard wizard. Aside from illuminating our lives for the best part of two decades with one of the most enigmatic, creative and downright brilliant psychedelic pop bands of our time, he busies himself with various other stellar side-projects.

Most recently he has released two superb solo albums, ‘Outside In’ (2012) & ‘They Are Nothing Without Us’ (2013), an LP with his other band Zefur Wolves, a stack of collaborations and remixes, and all the while running his own Strangetown Records label. That’s no mean feat by any anyone’s standards.

Ciarán is currently in the midst of intensive touring with SFA and readying his third solo-record, which he hopes to release later this year. Taking time out from his hectic schedule he spoke to Barry about his solo plans, running his label, politics and the small matter of the SFA reunion.

The amount of musical activity you’re associated with is staggering – Zeruf Wolves, solo work, running Strangetown Records and the small matter of Super Furry Animals. How do you find the time and balance between different projects?

Cian Ciarán: “I don’t to be honest – I have to put things on the back-burner constantly. I document everything or try to and revisit things when I have the time. I have to go with the flow, it can be frustrating but I’m happy as long as things get done eventually. There’s an outlet for the music, that’s the main thing, and I’m lucky to be surrounded by talented musicians and creative people that keep me busy and on my toes. I never stop learning and the buzz is still there when I go to the studio so there’s no complaints. The only pressure, if that’s the right word, is self-inflicted. It’s still a labour of love.”

The new solo record [‘Hero, Leader, God’], is another protest album. Does it follow a similar path to ‘They Are Nothing Without Us’? Talk us through what we can expect.

CC: “Again this is music that’s been bubbling for years, but I wanted to bring on board other lyricists and vocalists. The music is completely different to my previous two outings, or the Zefur Wolves album. It’s mostly electronic-based and down-tempo so it lends itself well, I hope, to spoken word, poets etc. The intention was to release it around the UK election but the content is still relevant here and everywhere else in the world. It will probably, unfortunately, be more concerning as our situation becomes increasingly driven by the powers that be and their blatant disregard to the rest of us and the world we live in. It’s too depressingly long a list of issues that we’re subjected to but we have to persevere. As was shown during the water wars in Bolivia, there is strength in numbers.”

On the new record you collaborate with poets Stephen Morrison-Burke, Hollie McNish, She drew the Gun and Steve Mason – were they natural bedfellows for this project? Does working with new artists from varying disciplines offer a refreshing challenge?

CC: “It does indeed. They are like-minded politically and the music, I believe, allows space for their words to resonate. Hopefully it’s a good match and enticing enough for people to listen, take note, but enjoy at the same time.”

You’re clearly not reluctant to address political issues or themes; do you feel compelled to air your political anger, frustration and grievances?

“I have done more so in recent years, especially as things seem to unravel under our very noses. They keep taking the piss and we seem to let them get away with it. The media coverage isn’t much better at highlighting the anger, frustration, and grievances of those out there taking the hit for securing profit over people, so yes, I do feel the need to vent and speak up for what I believe in and at least ask the questions that should stir up debate. But then it’s obvious to me what’s right and what’s wrong. It shouldn’t be up for debate – we shouldn’t even be here discussing free healthcare, or zero hour contracts, or subsidising nuclear builds in the 21st century. The fight for our rights was fought out decades ago only for them to be systematically stripped away from us. It’s been happening in Europe for the last twenty-five years and has met little resistance.”

Do you feel socially conscious or political music has become less prevalent today, compared to the past? It’s obviously a complex issue but what do you think the main reasons are?

CC: “Conditioning and manufacturing consent – consent for them to keep fucking us and the world over.”

Given how busy you are with the Super Furry Animals’ tour schedule in particular, are you planning on many solo shows to promote the new record?

CC: “No, most of my time is spent with SFA now, I’m not sure when the new record will be finished at this rate.”

Speaking of SFA, how did the reunion come about? Was it just the right time for everyone?

CC: “I guess it must have been. You could say the stars were in alignment. There was the release of the book in February and Domino were still interested in a re-issue which coincided with an anniversary, and the offer to do some shows came about. It’s the classic right time/right place scenario. It has been fun so far, which was the main objective.”

How have the SFA shows been going? Are you enjoying being back?

CC: “Indeed, the sold out shows in the UK were intense, loud and humbling. It was amazing to see and hear the reaction to the music, and for a band that has been out of action for 6 years, they made us feel very welcomed and at ease to be on stage again.”

How did it feel to see how much the reunion meant to so many fans?

CC: “We didn’t know what to expect when we announced the shows, so we tried to keep everything contained and to a scale we thought would be manageable. But I didn’t expect the reaction or the positivity that was out there brewing…it made it all worthwhile.”

Are the SFA plans just to enjoy the shows and see what happens?