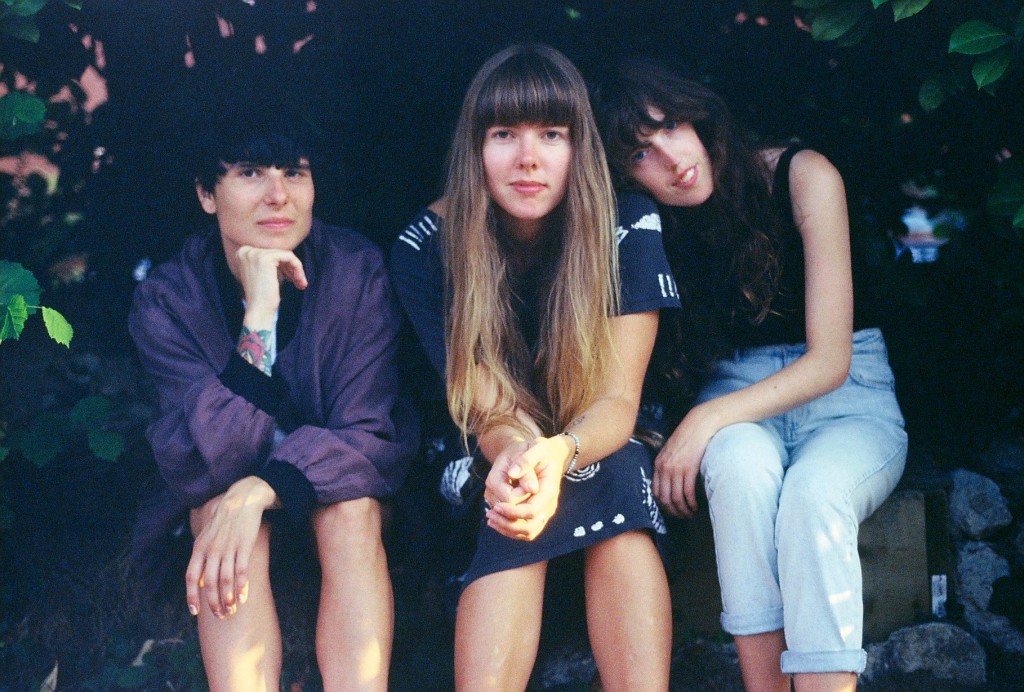 Vancouver all-girl trio The Courtneys deliver a special blend of lo-fi fuzzy slacker garage-pop that drifts back in time to the early ’90s.

Their sound has seen comparisons to Sonic Youth, Dinosaur Jr and Pavement and in truth, they do borrow elements from these but with the addition of their fun-in-the-sun West Coast attitude. Pumped with fuzzed-up jangle, dreamy riffs and sweet licks, adding a clever pop gloss while the heavy driving bass lines and sappy snare kick combos provide some punk grunt to proceedings. While primarily the music is fun and the songs slide by with an effortless ease and general breeze, that will stick with you for days. On repeated listens however, thematically greater depth is revealed. On the surface ‘90210’ offers a feel-good seasonal escape to the warm climes of summer beach days but real life isn’t far away. Lead singer Jen Twynn Payne takes a trip to the water and is reminded of someone she’s lost and will only see in dreams or when she herself dies. Fairly late to the game on The Courtneys as their self-titled debut was released back in 2013 but it, and they, have been on heavy rotation since the turn of the year.

You can stream some choice below or pop here to listen to their self-titled debut.