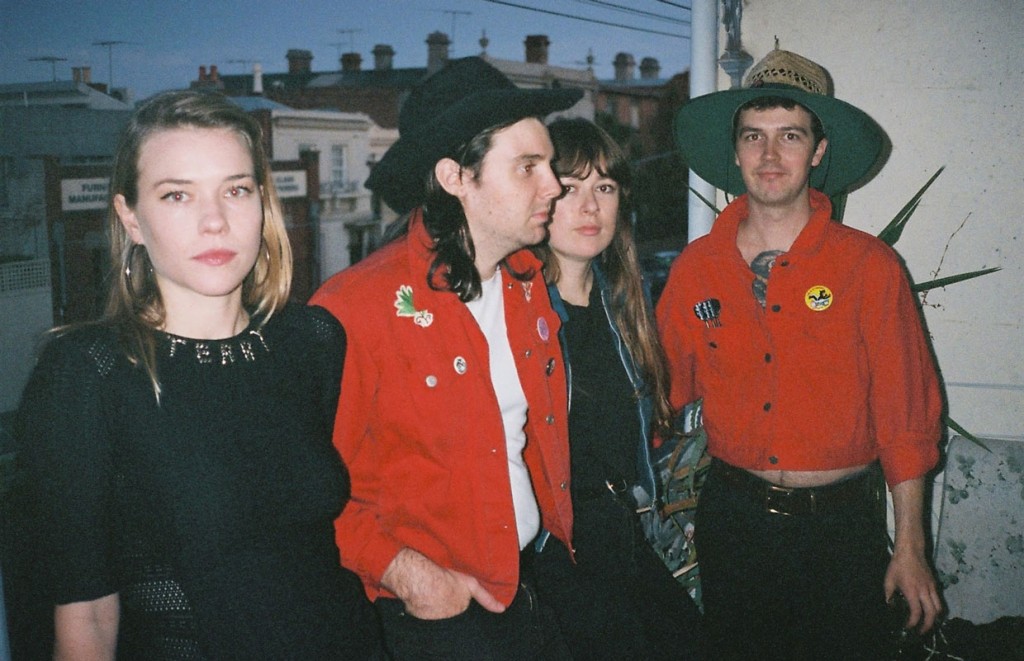 Ahead of its release next month, they’ve kindly been previewing their debut LP with some sublime singles. So far it would appear their sound is a sort of throwback to that late ’70s / early- 80s era – with touches of punk, post-punk, glam and indie – and it is magnificent! The first glimpse was provided by ‘Don’t Say Sorry’, a nervy, scratchy and off-kilter stomper. It operates in the blurred lines between punk and indie, skittering along with an unhinged guitar until the midway point, where it careers off into a discordant, sonic self-implosion and never looks back. Their new single ‘Third War’ is an infectious, warped take on classic ’70s glam with punky tones. Unravelling at its own pace with a peaceful acoustic strum and vocals, it is offset by the constant drone of an electric guitar, and juxtaposed by melancholic musings surrounding a seemingly doomed world.

TERRY HQ, will be out July 1 but for now, get your ears into the jerky rhythms of ‘Don’t Say Sorry’ & the wonderfully infectious ‘Third War’.