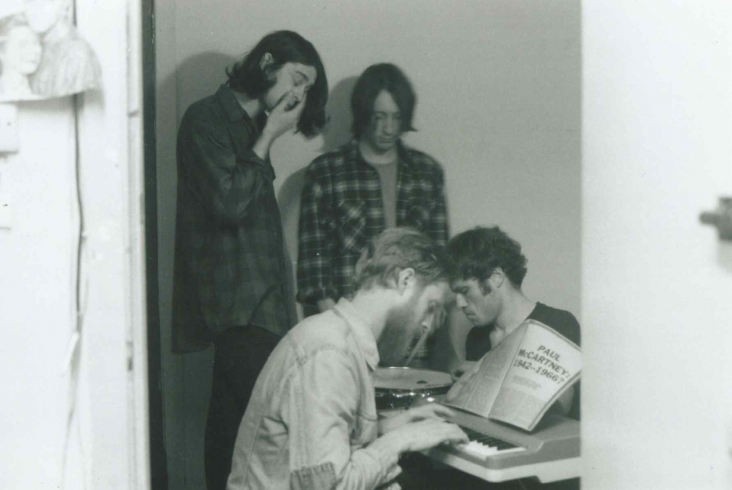 Late last year the four-piece released their debut EP, Good Luck, Pink Teens, which over nine tracks comprehensively nails the essence of their spirit. ‘Shanghaied’ is a frantic three-minutes of punk-tinged, noise-pop with powerful guitar riffs, hooks and quick-paced drumming. They combine catchy melodies with DIY production in a similar fashion to that of their previous incarnation and it could be seen as a crossing point from the old to the new. ‘Cola Girls’ meanwhile, is sprawling six plus minutes of free-flowing, propulsive psych whirlpool of jangly guitars, washed out sounds and undulating sonic grooves. While it’s certainly still scuzzy and phenomenally catchy, ‘Cola Girls’ takes their predilection for raw garage and pop, and pushes on through to distinctly different and new territory with magnificent results. A fantastic introduction to a band reborn.

You can sample some choice cuts below or pop over here to listen to their debut EP in its entirety.