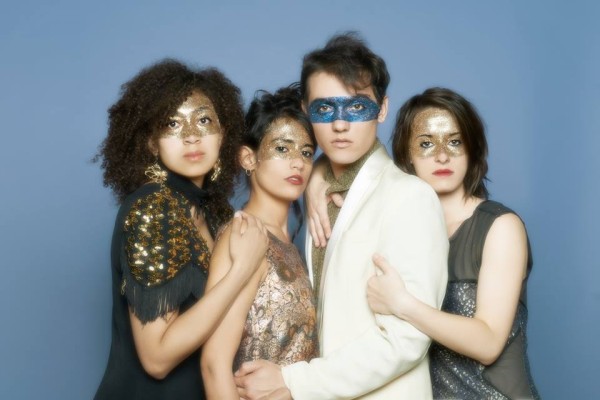 The album follows the band’s fine debut self-titled EP, which was released last year and the first single, ‘La Lune’, continues with the same blissed-out, floating and insatiable laid-back grooves as the magnificent ‘Je Suis La Montagne’. Some soft-psych touches, Saxophone flourishes, climaxing sweet melodies and soaring, honeyed vocals culminate into a rather uplifting and bizarrely engrossing cut of psychedelia. Moodoïd’s debut LP, Le Monde Möö, will be released on September and is produced and mixed by Nicolas Vernhes (Animal Collective, Dirty Projectors and Deerhunter). If ‘La Lune’ is anything to go by, their debut record should be one to keep an eye out for.

You can listen to the first single, ‘La Lune’, below.