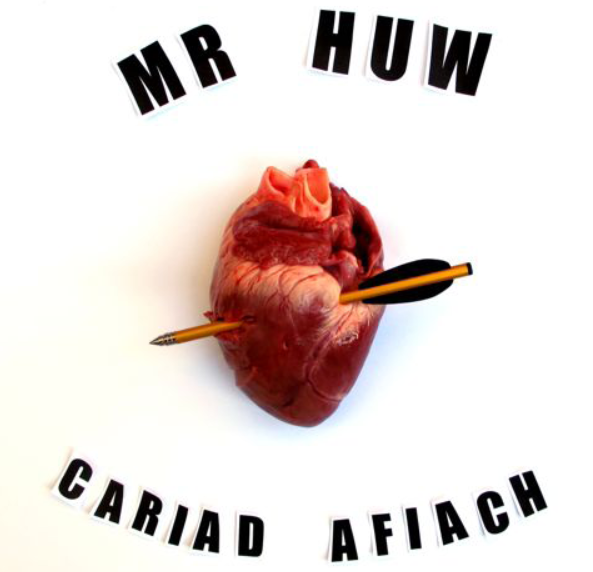 It is hardly stretching the bounds of reality to suggest that for many people outside of Wales, their first introduction to the Welsh language in musical form, was with the release of Super Furry Animals’ album Mwng. Welsh is a language that lends itself to music rather well, regardless of whether you can understand what the lyrics are all about.

In a roundabout sort of way that brings us to Mr Huw, a rather prolific Welsh language musician, and his fourth album in six years, Cariad Afiach. Mr Huw’s formula is pretty straightforward, write a catchy tune, sing lyrics over a catchy melody and hey presto, an album. It is an approach happily embraced by Mr Huw, and one that rewards with serious dividends on Cariad Afiach (or ‘Sick Love’ in English). The album remains accessible to non-Welsh speakers through of combination of tight arrangements and melodic bliss, and you can pick up on the mood of the songs/album even if when the lyrics remain a mystery.

There’s something familiar and retro-leaning about the songs throughout Cariad Afiach, while at the same time, it sounds entirely unfamiliar. The likes of ‘Cerrig Beddi’, ‘Cariad Afiach’ or Cyfrinachol set the tone, ragged, raw and edgy indie/post-punk tunes, filled with pointed riffs and broached with some swoonful melodies. Every track on here is so catchy, Mr Huw is perhaps the closest modern-day relative to the off-kilter genius of HMHB.

Cariad Afiach is an album filled with so many beguiling qualities. Regardless of whether you’re a Welsh speaker or not, it remains a fine indie/alternative record, just give it a chance. [Buy / Stream]