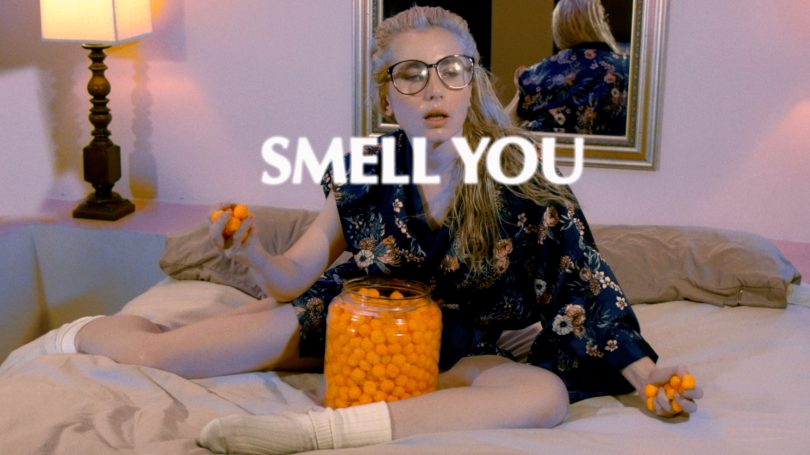 O Future is the pairing of Katherine Mills Rymer from South Africa and Jens Bjornkjaer originally from Denmark, who both now reside in Los Angeles.

Working under the previous moniker of OOFJ, the synth-pop duo released two albums, but ‘Smell You’ the latest in a string of singles under their new handle – and is one of the finest and memorable of 2018.

Together, the pair cultivate colourful, imaginative and ethereal electronica that will get firmly lodged in your head, as evidenced by latest single. ‘Smell You’ draws you in with a deep magnetic rumble and disco-esque percussion as Bjornkjaer’s illuminating production dances with Rymer’s heavenly harmonies. Undeniably dreamy but energetic, lush strings a la ’60s James Bond movie scores emerge to add a final alluring touch of cinematic class and sweeping grandeur.

A stunning and seductive single that is made all the more palatable by its recently released visual companion. Inspired by Leos Carax, the video is about obsession, the ecstasy of expectation and denying yourself pleasure, for pleasure’s sake with a touch of the alien and spousal murder mystery – and was filmed, directed, and photographed by O Future themselves.

Check out ‘Smell You’ below: