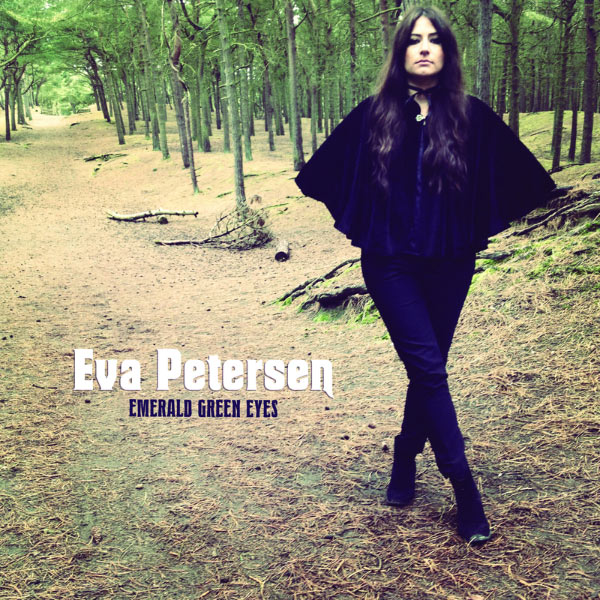 Remember The Little Flames? Apart from a couple of great singles the Wirral band are now known best as the band Miles Kane cut his teeth with. But from the ashes of The Little Flames another solo career has emerged, that of Eva Peterson.

Petersen has been proclaimed ‘the greatest singer to come out of Liverpool in the 21st century’ by Will Sergeant of Echo & The Bunnymen (who co-wrote and produced the album). It is a claim not without merit, you will be hard pushed to find a finer voice than hers on Merseyside, or elsewhere. It is from this union that places her debut solo album Emerald Green Eyes, somewhere between post-punk and Northern Soul, as Petersen’s rich soulful voice drifts over Will’s recognizable guitar playing, cinematic tones and spectral synths.

It is this, that makes the record, like opener ‘Jewelled Moon’, ‘Emerald Green Eyes’ and emphatic closer ‘Melody’, familiar yet utterly distinctive. The whole record is glossed with a stylish ’60s lick which aids this air, especially ‘Too Late For Tears’, ‘Don’t Be Shy’, and superb Velvet Underground cover ‘Femme Fatale’. The foray through genres and styles is always secondary, ultimately it’s Petersen’s sultry voice which gives Emerald Green Eyes its star quality.

Petersen’s decision to take her time with this album, and to go in a different direction, has paid dividend. A trim eight songs it may be but Emerald Green Eyes, is a wonderful record of beguiling quality.