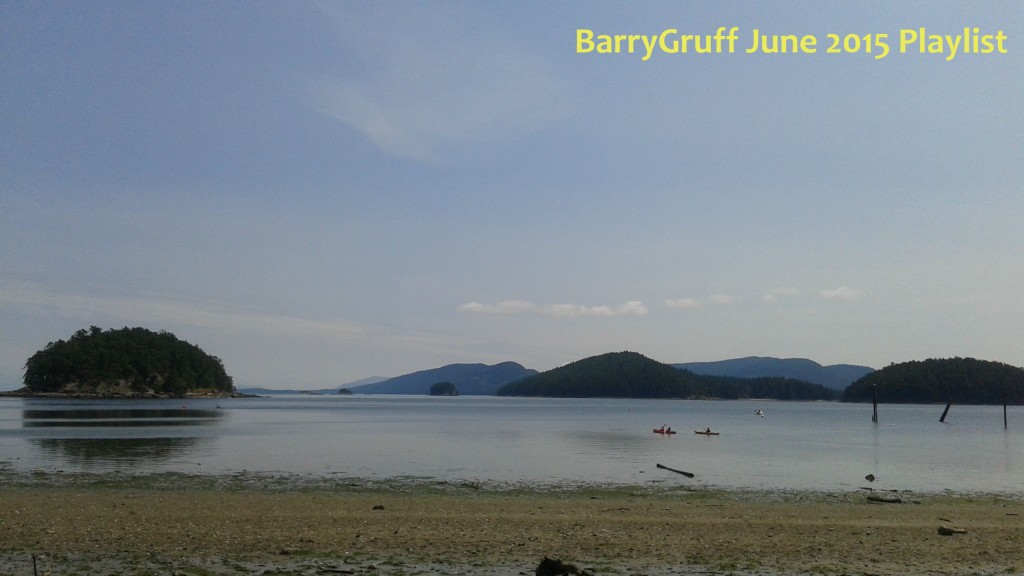 Also featured on this month’s playlist are great tracks from Seazoo, The Statics, CZARFACE, Peaness, Energy Slime & Pale Honey. Yeah, so, June was good. And that’s all before mentioning the interview with Ric Rawlins about his new book, ‘Rise of the Super Furry Animals’ – read it here.

Listen to BarryGruff’s June 2015 playlist below.

Initially residing in Brooklyn, guitarist/vocalist Brady Keehn and drummer/vocalist Melissa Scaduto relocated to LA, as the financial climate in New York became too much. Within months of their arrival, the pair met bassist Kenny Elkin and guitarist/keyboardist Eddie Wuebben, the rest as they say is history, and Sextile was born.

The foursome are gearing up for the release of their debut album in August, ahead of which, they’ve afforded us a first glimpse of what to expect, with new single, ‘Can’t Take It’. In just under three-minutes, Sextile dish up the very aesthetic of post-punk; jarring, bleak and delivered with menacing intent. Urgent, frantic and direct, ‘Can’t Take It’ unfolds with bubbling synths bursting into screams of frustration, amid a cacophony of chunky guitars, driving percussion and seething aggression. Their’s is a primal form of rock ‘n’ roll, mixing it up between surf punk, early industrial, ambient and post-punk – mostly the latter – it is relentless, harsh and abrasive, with a gritty industrial feel. As far as announcing yourself to the world, Sexfile couldn’t have done a finer job than ‘Can’t Take It’.

‘Can’t Take It’ can and will be found on their forthcoming debut record, A Thousand Hands, which is released on August 21st via Felte. Stream it below now.