Cardiff-based artist Accü aka Angharad Van Rijswijk has returned to the fold with her first new material since the release of her stunning 2018 debut Echo The Red; a beautiful, mysterious, delicate yet strident otherworldly listening experience.

New single ‘Is There A World?’ continues to reside and thrive in a hazy world of psychedelic electronic-pop and warped imagination. It tips along a playful yet eerie, almost nursery rhyme-esque melody while the kaleidoscopic swirl grows and swells, increasing the disorienting otherworldly air as we desperately attempt to cling onto some semblance of reality. This hypnotic and kaleidoscopic adventure waltzes along with warped Casio tones threaded with winding bass lines and flashes of scorched riffs and topped off with hazy vocals. Van Rijswijk is not one to rest on her laurels creatively, always moving forward and exploring, and ‘Is There A World?’ is no different – it is magnificent in fact.

Listen to  ‘Is There A World?’ below – it is out now via the ever reliable Libertino Records. 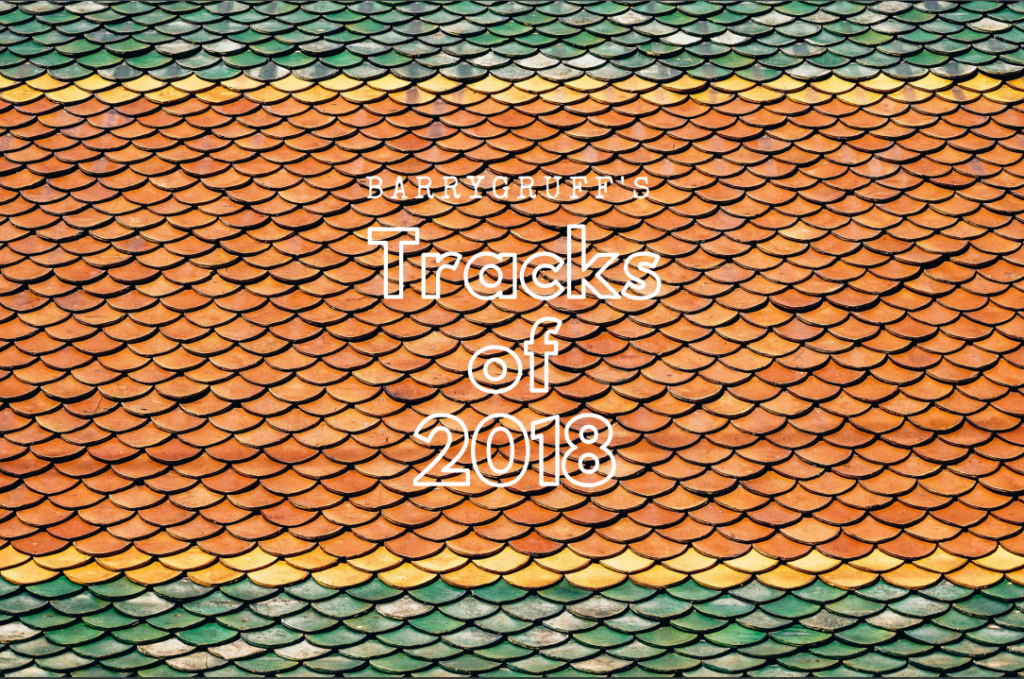 Whittling down your favourite tracks of any year is an arduous task and this year, a particularly good one musically, has proven equally if not more difficult.

That said, in the interest of posterity, I condensed it down to ten and there is a nice extended 30-track playlist below too.

This year, Omaloma added ‘Bubblegum’ to this burgeoning list of stellar singles. A first on vinyl, released as a 7″ single, ‘Bubblegum’ is utterly divine and marks the pinnacle of the project thus far. Sung in English and Welsh, ‘Bubblegum’ is a four-minute sojourn to a spellbinding interstellar paradise. It coolly swaggers as it moves on by, leaving us in a dream-like state, with an alluring blend of slinky, synth-pop with psych brush strokes, woozy synth lines and Amor’s soft, soothing bilingual vocals. Instantly lovable, it breezes gracefully by with a seductive soulful underbelly and charm to woo you.

Dividing their time recording between Tallinn, Estonia and rural Wales, Ilu are a Welsh Psych/Krautrock outfit crafting epic, spacey, interstellar hymns – of Spiritualized proportions. Backing up these lofty claims is stunning debut single ‘Graffiti Hen Ewrop’. Propelled along Krautrock, motoric grooves ‘Graffiti Hen Ewrop’, spacey synths and heavenly harmonies envelop spiky post-punk guitars and bass rumbles which coalesces into one coherent, unstoppable sound. Sizzling danceable grooves are woven tightly into their mammoth tones and grinding churn, which is all punctuated with a beautiful yet melancholic sense of longing. As far as debut singles go, they don’t come much bigger or better than ‘Graffiti Hen Ewrop’; an immaculate palate of sonics, sounds and textures.

Accü is the multifaceted, genre blending solo project of Cardiff-based musician and producer Angharad Van Rijswijk. Accü’s debut album Echo The Red is one of 2018’s very best and lead single ‘Did You Count Your Eyes?’ is quite something. An offbeat exploration of imaginative experimentation and colourful, kaleidoscopic sounds, ‘Did You Count Your Eyes?’ is a spellbinding cosmic sojourn to psychedelic space. Fusing elements of frayed electronics, squelchy synths, soft-edged psych-pop it tips along a tidy drum beat with reverb-laced vocals swaying through a cascading sequence of crackling, frazzled electronics. Moving with a dreamlike, otherworldly aura; ‘Did You Count Your Eyes?’ is colourful, imaginative and fearlessly exploratory off-kilter pop.

Dublin-based outfit Silverbacks have delighted and excited at every turn thus far and none more so than with ‘Dunkirk’. A sprawling three-minutes of post-punk underpinned by an insistent, nagging bassline and increasingly manic, winding guitar lines, metronomic drumbeat and Gang of Four calibre bass lines. It is the ideal backdrop for Daniel O’Kelly’s stream of conscious musings of a dystopian future where Dunkirk, despite its history, has become a built-up holiday destination for young families. ‘Dunkirk’ is Silverbacks at their finest and signals strongest their evolution beyond their early Pavement-esque beginnings, to a coveted plain where parts Talking Heads, Television, LCD Soundsystem and Gang of Four can all coexist and flourish.

END_OF_DOCUMENT_TOKEN_TO_BE_REPLACED 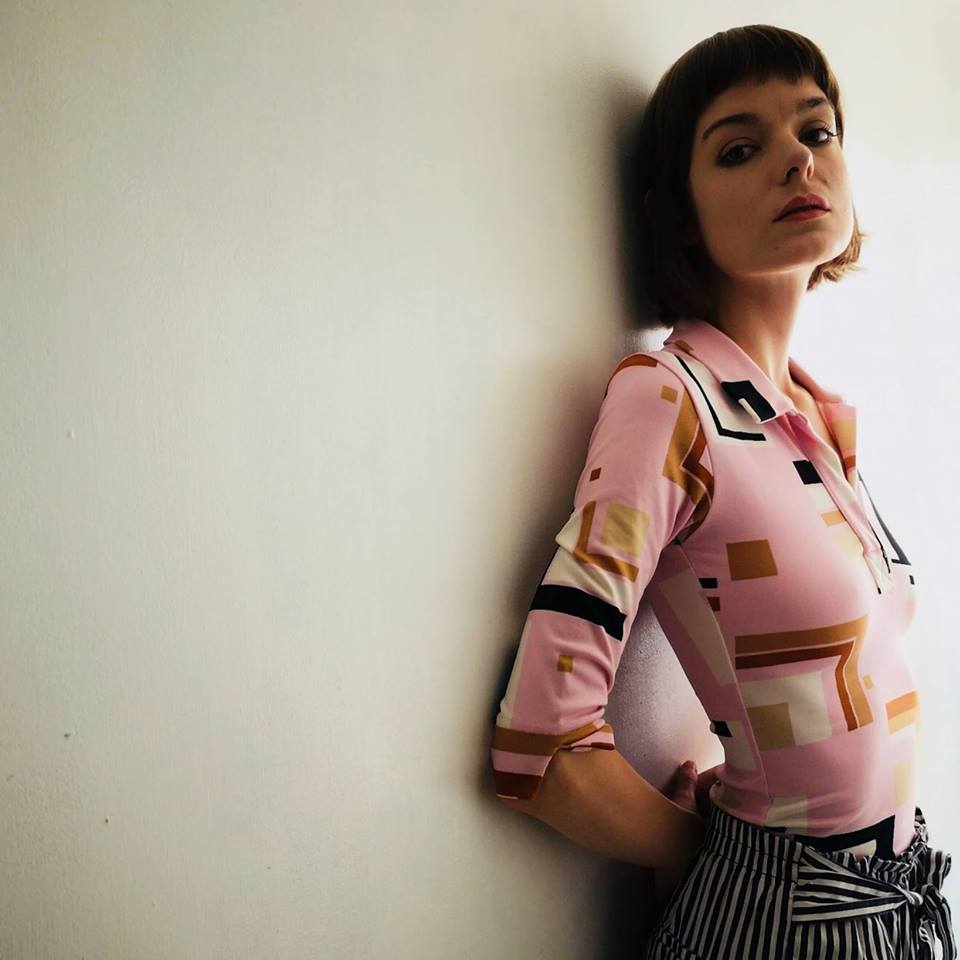 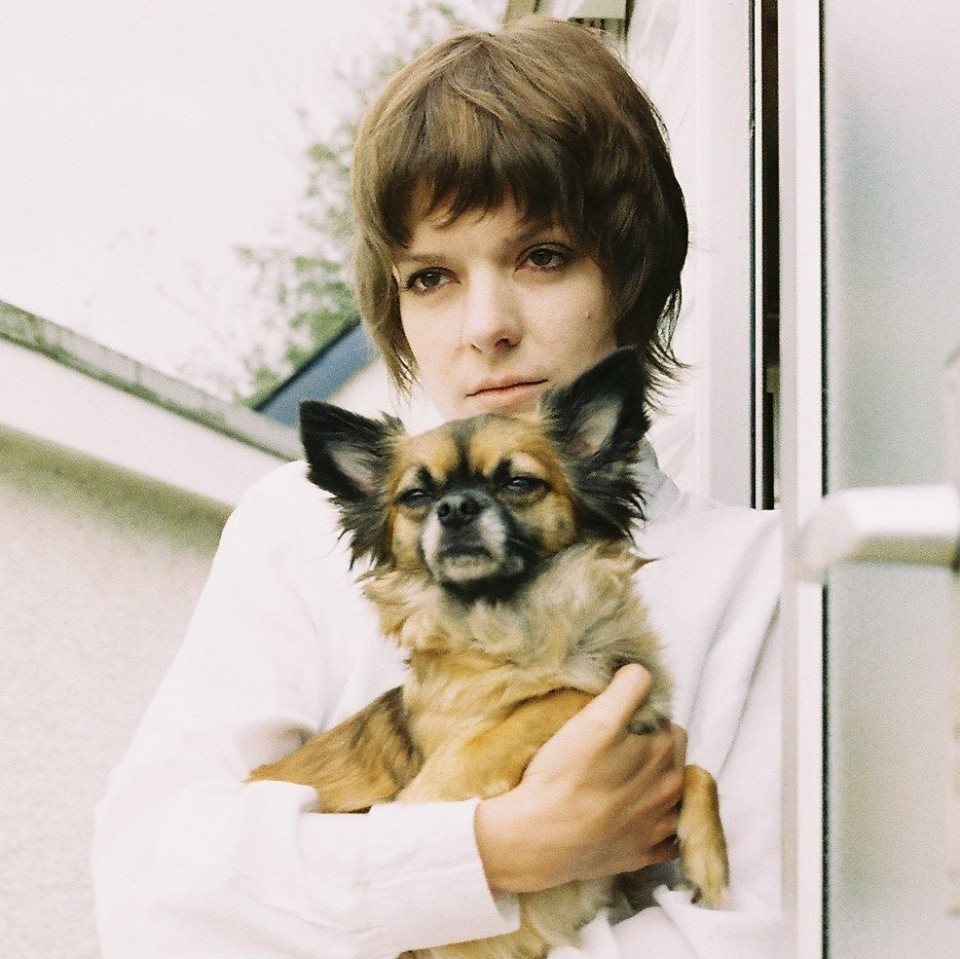 Formerly one half of Welsh folk-electronica duo Trwbador, Van Rijswijk previously introduced Accü with a series of super and distinctive slices of otherworldly electronica, and collaborations with Cornershop and Kayla Painter. Accü’s is prepping the release of debut album Echo The Red, due out late this summer, and it is preceded by lead single ‘Did You Count Your Eyes?’; and oh my, it is quite something.

An offbeat exploration of imaginative experimentation and colourful, kaleidoscopic sounds, ‘Did You Count Your Eyes?’ is a spellbinding cosmic sojourn to psychedelic space. Fusing elements of frayed electronics, squelchy synths, soft-edged psych-pop it tips along a tidy drum beat with reverb-laced vocals swaying through a cascading sequence of crackling, frazzled electronics. Moving with a dreamlike, otherworldly aura; ‘Did You Count Your Eyes?’ is colourful, imaginative and fearlessly exploratory off-kilter pop.

Feast your ears on the hazy magic that is ‘Did You Count Your Eyes?’ below, it’s out on May 25 through the impressive Libertino Recordings.

Accü’s debut album Echo The Red is due latter this summer – eyes peeled. 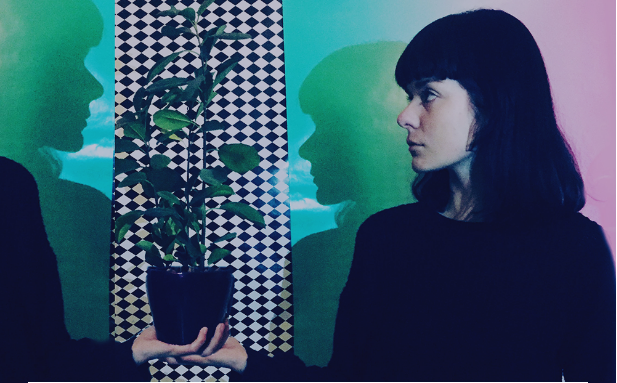 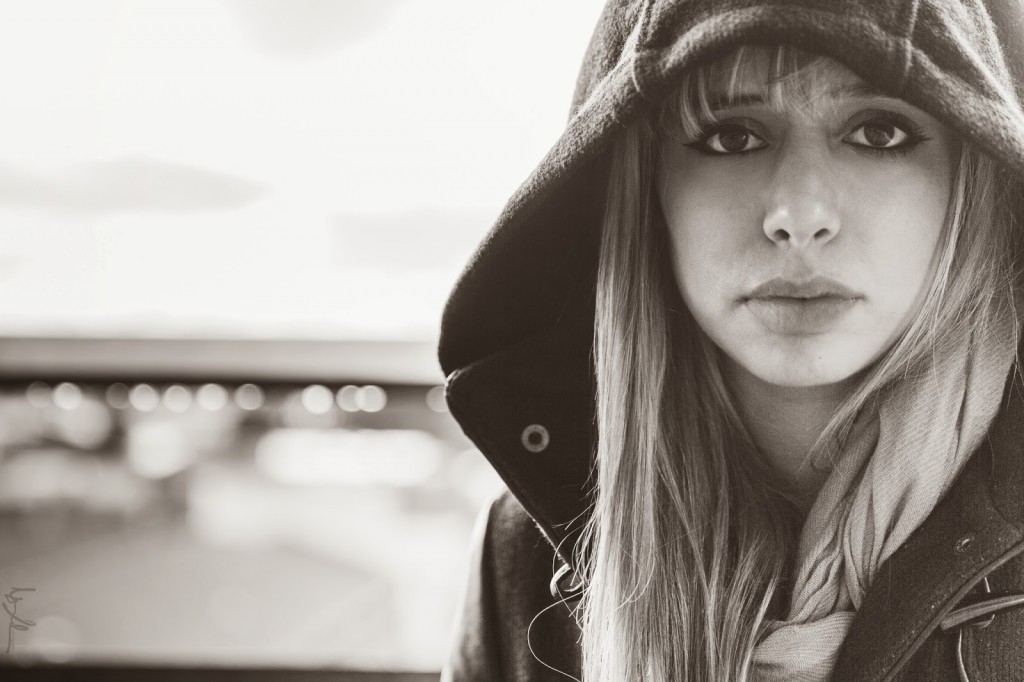 Kayla Painter is a Bristol based musician who crafts inventive, experimental and ambient soundscapes.

Signed to Turnstile Music, Painter’s sound draws from techno, garage and post dub, to create intricate, intriguing and curious compositions of restless rhythms, surging deep bass lines and warm flourishes of ethereal ambience. Painter’s latest single, ‘Drones’ demonstrates just that, and more. It is a lush, densely layered piece of ambient excellence, that is beautiful, graceful and bewitching as it glistens with exquisite majesty. Similar exalted praise can be bestowed upon the twitchy, twinkly and divine previous single, ‘Revert’. Also worth your attention is collaborative single ‘Avallaunius’, which saw Painter team up with ex-Trwbador member Accü and released on Turnstile Music in January. This is all rather sublime; music get lost in and simultaneously to be amazed by.

‘Drones’ was released just this week, you check out Painter’s excellent self-directed video below, along with a number of other, choice cuts. 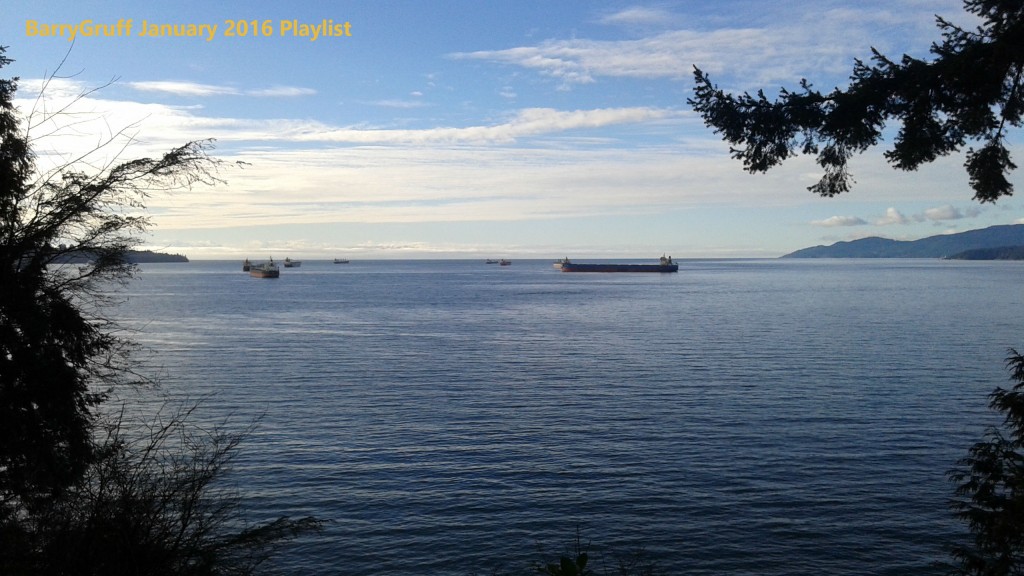 January was a busy month, especially for new record announcements and whatnot. We had tunes from The Coral, Yuck, Sea Pinks, Steve Mason, exmagician, Ulrika Spacek, Coves and The Last Shadow Puppets, from their respective, new and forthcoming albums. We had introductions to Bousada, ACCU and Honey Moon, while there were excellent new singles/EPs from Seazoo, Allure, Applescal, Marta Ffion, Courtney Barnett, Shit Robot and Golden Fable. Oh, and there were two new episodes of ‘Millions Like Us’, Justin Beats & I’s new music podcast extravaganza for 604now (if you missed them, check ’em here). You can also subscribe to ‘Millions Like Us’ on iTunes & Podcast Republic or find us on Facebook & Twitter.

Well then, that’s that for another month – listen to BarryGruff’s January 2016 playlist below. Enjoy! 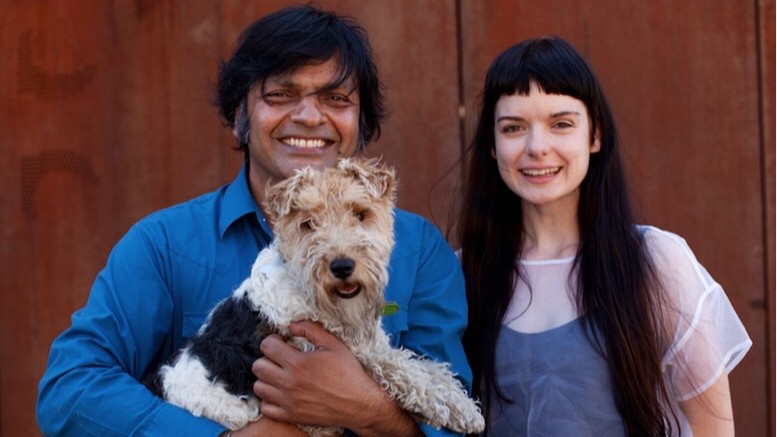 There are many, many reasons to love Cornershop, aside from the endearing charm, one of the biggest has to be that you never really know what they will serve up next.

While the quality is never in question, the journey thus far has taken us to all sorts of musical destinations, everything from indie, punk, funk, electronica and disco and dub. Cornershop’s latest single ‘Pinpoint’ is no less of a musical globetrotter. “Think Chic meet St Etienne,” reads Cornershop’s description of ‘Pinpoint’, and it’s not far off. Featuring vocals from Cardiff-based Accü, aka Angharad from Trwbador, it’s a summery slice of warped funky disco. ‘Pinpoint’ is certainly a groover, driven by an effervescent ’70s funk bass and accompanied by parps of horns, an abundance of tambourine, some subtle tones and of course, Accü’s pristine vocals. Peculiar and surprising (in a good way obviously) as usual but most importantly, as delectable as ever.

You can listen to ‘Pinpoint’/‘The Titi Shaker’ below, and it’s out on July 17th, through Ample Play. Rumour has it, Cornershop are working on a new album too. Happy days indeed.