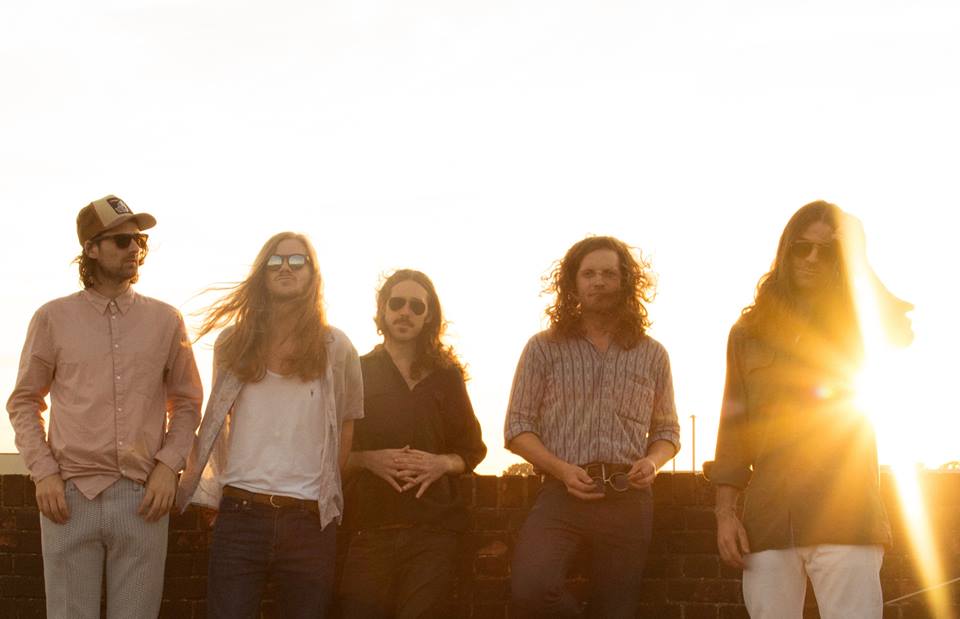 Since they announced details of their follow up to there wonderful debut Hit The Light, the now fully-fledged five-piece have embarked on a fairly relentless campaign of enlightenment sharing super singles ‘Not Tonight’, ‘Won’t Happen’, ‘No Night Lasts Forever’ and ‘Echo Park’ – and they have kept the heat up with yet another single ‘Coasting’. It is a grand, breezy and hypnotising number of lush instrumentation, drifting into a daydream of woozy dream-pop and coated with an Americana-tinged gloss and aura of free abandon. With ‘Coasting’, Ten Fé are sound fresh, carefree and loved up – not a bad way to be. ‘Coasting’ is a fine addition to the Ten Fé canon and things are looking good for the forthcoming new record.

Listen to ‘Coasting’ below – Future Perfect, Present Tense is set for release on March 8th via Some Kinda Love/PIAS. 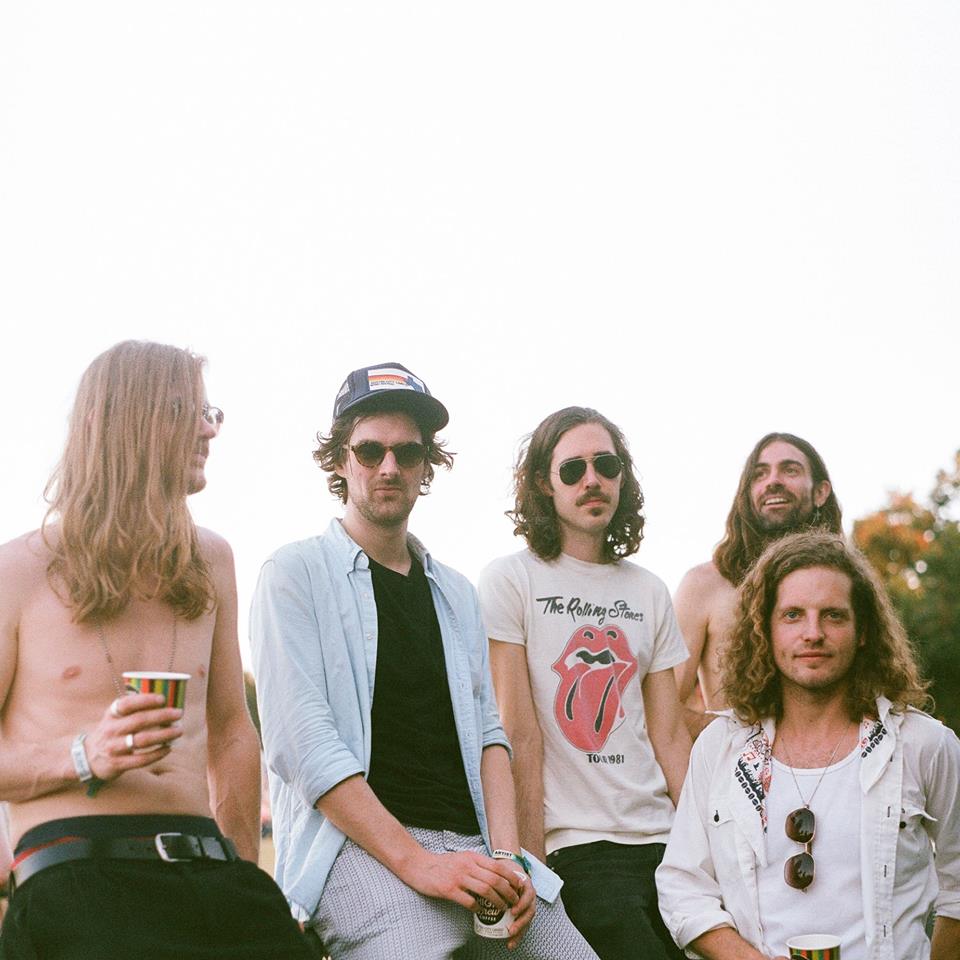 London outfit Ten Fé will release their second record Future Perfect, Present Tense in March 2019 and having teased the record with ‘Not Tonight’, ‘Won’t Happen’ and ‘No Night Lasts Forever’, they are signing off on 2018 with ‘Echo Park’.

‘Echo Park’ is a lush blend of woozy dreampop and sultry Tennis-esque groove as bright and breezy chords chime over laid-back beats, as it slinks along its bassline groove and winding synth with a carefree air. Now a fully-fledged five-piece with Rob Shipley (bass); Johnny Drain (Keys) and Alex Hammond (drums) coming on-board full-time last year, the chemistry between songwriters Ben Moorhouse and Leo Duncan – evident throughout their debut – continues to shine bright in this latest offering. ‘Echo Park’ is a fine addition to the Ten Fé collection and it certainly bodes well for the forthcoming new record.

Listen to ‘Echo Park’ below – Future Perfect, Present Tense is set for release on March 8th via Some Kinda Love/PIAS. 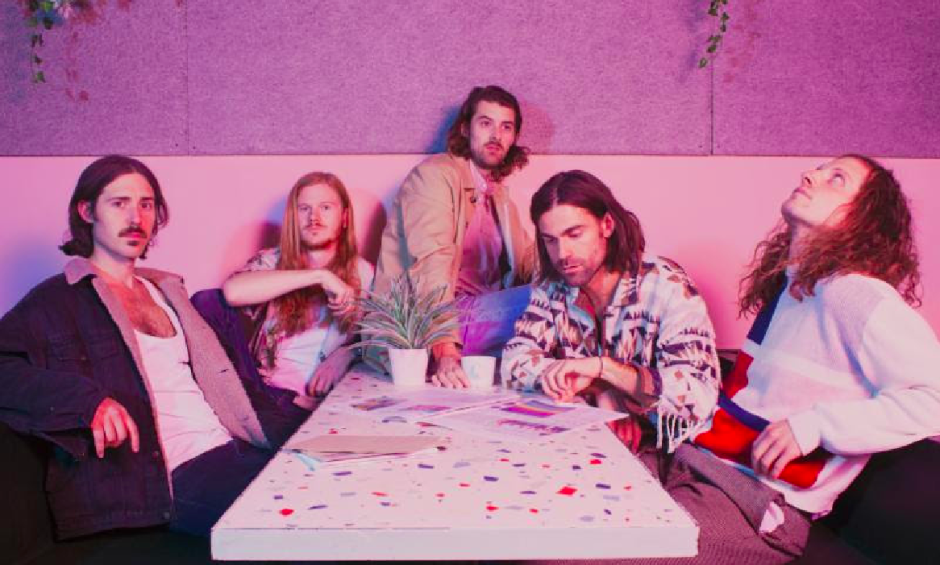 Ten Fé have been teasing the follow-up to 2017 debut album Hit The Light with singles ‘Not Tonight’ and ‘Won’t Happen’ but they have finally announced some concrete details.

The London-based outfit will release their forthcoming new record Future Perfect, Present Tense on March 8, with a world tour to follow. With a release date now firmly established, Ten Fé have shared another taster in the form of ‘No Night Lasts Forever’. Now a fully-fledged five-piece with Rob Shipley (bass); Johnny Drain (Keys) and Alex Hammond (drums) coming on-board full-time last year, the chemistry between songwriters Ben Moorhouse and Leo Duncan – evident throughout their debut – continues to shine bright in this latest offering. Lush, expansive and cinematic, it carries with it a longing and optimism in equal measure on a wave of lush synths, shimmering guitar and bubbling bassline. Finding a sweet spot somewhere between the woozy optimism and taut melodrama – ‘No Night Lasts Forever’ is a fine addition to the Ten Fé collection and it certainly bodes well for next year’s new record.

Listen to ‘No Night Lasts Forever’ below.

Ten Fé have been busing themselves in the studio working on a follow-up to their 2017 debut album Hit The Light.

The London-based outfit have shared new single ‘Not Tonight’, affording us a first glimpse at how the new record is shaping up. While now a fully-fledged five-piece outfit with Rob Shipley (bass); Johnny Drain (Keys) and Alex Hammond (drums) coming on-board full-time last year, the chemistry between songwriters Ben Moorhouse and Leo Duncan – evident throughout their debut – continues to shine bright in this latest offering. Lush, expansive and cinematic, their brand of ‘indie-music-to-dance to’ continues to blend Springsteen-esque guitar lines with uplifting, Screamadelica-era style vibes and all delivered through the band’s uplifting popcraft. Brooding tension ricochets off euphoric heights and heavenly vocal harmonies, while the production of long-time collaborator Luke Smith adds characteristic electronic flourishes and motorik groove. Living in a sonic world of their own, Ten Fé prove yet again to be masters of doing their own thing.

Sounds like that new record is shaping up very nicely indeed.

Listen to ‘Not Tonight’ below: 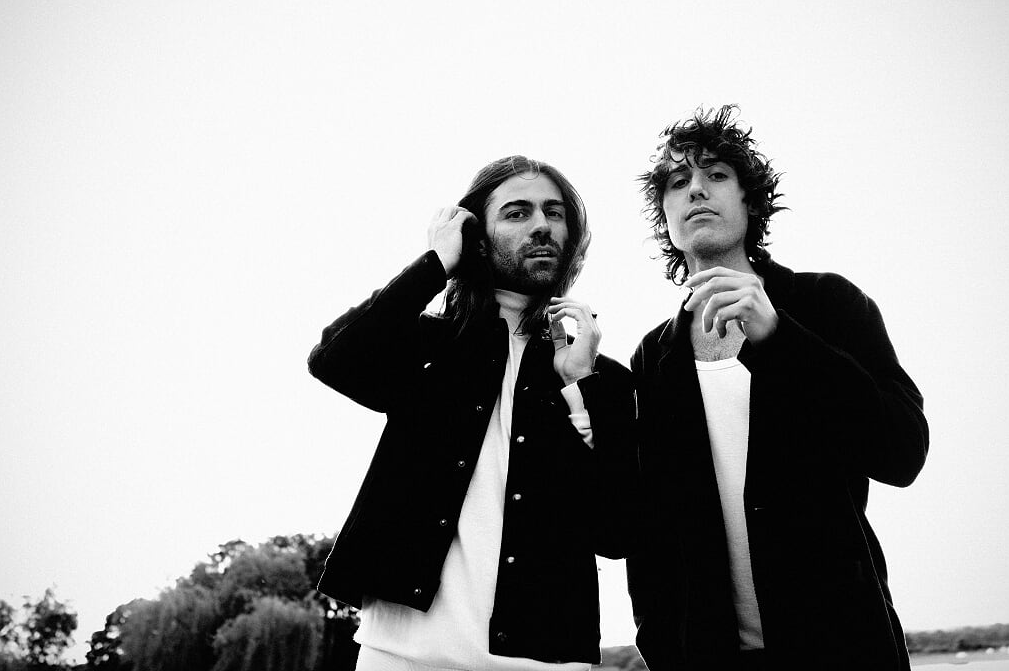 London duo Ten Fé (Ben Moorhouse and Leo Duncan) have steadily been building a name for themselves and with their debut album out this week, the pair have shared their latest cut ‘Another Way’.

Having already distinguished themselves an unrivalled purveyors of positive, optimistic and uplifting sounds, ‘Another Way’ most certainly solidifies this reputation. The swaying melody, warm synth, soft cushioned beat and rather sublime vocals combine for a gloriously uplifting track that is big in ideas and big in heart. Although influenced by a lot by the films the pair watched while recording the album – offering bleak, expansive portrayals of America – the new single is imbued with a bright air and hopeful tone. Just the aural antidote for troubled times.

Ten Fé’s debut LP Hit The Light is out this Friday, February 3rd – needless to say it is one most definitely to keep an eye out for. Ahead of that, well, go and listen to ‘Another Way’ below. Your day (and week in fact) will be better for it.

Following countless great singles like ‘Overflow’ and ‘Make Me Better’ London-based duo Ten Fé – aka Ben Moorhouse and Leo Duncan – will release their debut album Hit The Light on February 3.

Produced by Ewan Pearson (Jagwar Ma, M83, The Rapture), ‘Twist Your Arm’ is the latest single to be lifted from the forthcoming album – and it’s a doozy. A real stomper, permeated by a sort of epic vibe, thanks to the combination of early ’90s carefree acid house, Screamadelica style vibes alongside shuffling lazy beats, Come Together style choirs and rather sublime Simple Minds-esque vocals. This is indie-music-to-dance-to of the highest order, all swirling, shuffling, feel-good and versatile. Having already released so many sublime singles over the last two years, ‘Twist Your Arm’ is the icing on the cake. And to use that old chestnut, the appetite has certainly been whetted.

Hit The Light is out on February 3 but for now, do yourself a favour and give ‘Twist Your Arm’ and the rather tasty Roman Flügel remix below. 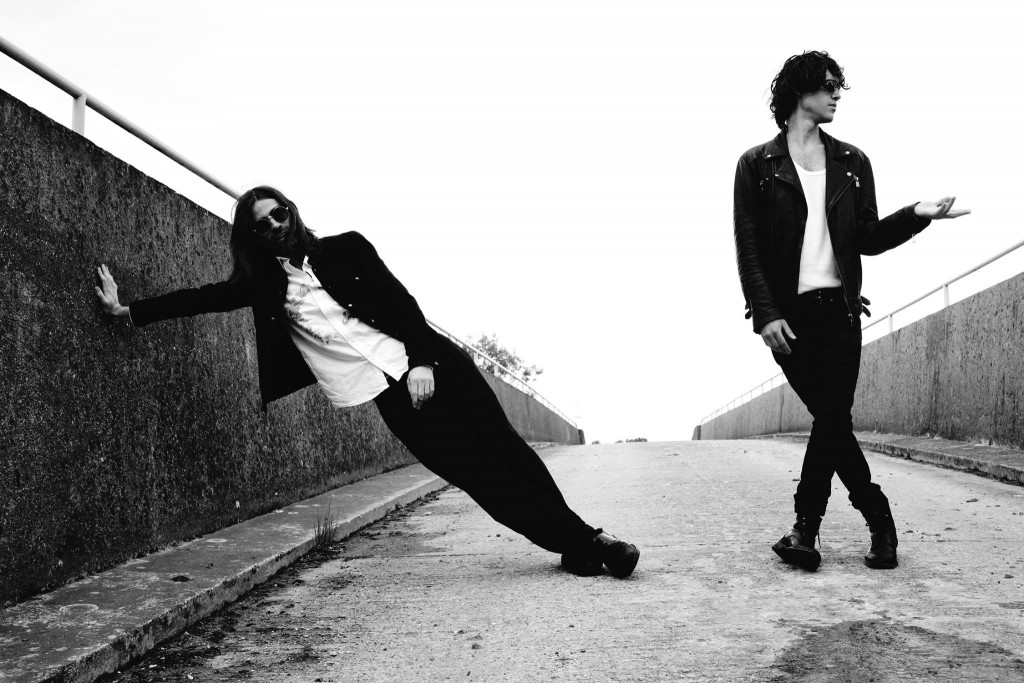