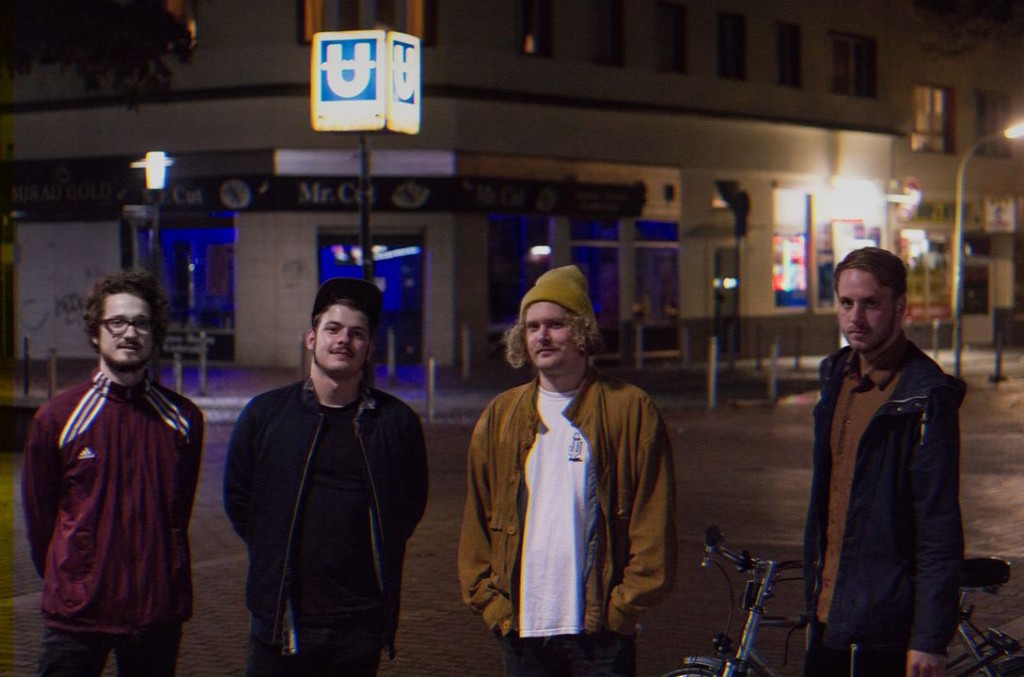 Their debut ‘Wilhelm Be Gone’ was released in January of this year and has been quickly followed by the brand new single, ‘No’. A freewheeling frenzy of energetic surfy punk-tinged indie, ‘No’ packs a hell of punch. Unleashing itself with all the energy of a coiled-up spring, wave after wave of hi-octane racy riffs, spiky guitars, snappy drums and rumbling basslines coalesce with equally springy (Zebedee-esque) vocals for a whirlwind salvo of raucous vitality. A lively, infectious and fun tune, it is a bona fide two-and-a-half minutes of punky indie gold (and the video is pretty nifty too).

Listen to ‘No’ and its predecessor ‘Wilhelm Be Gone’ below: 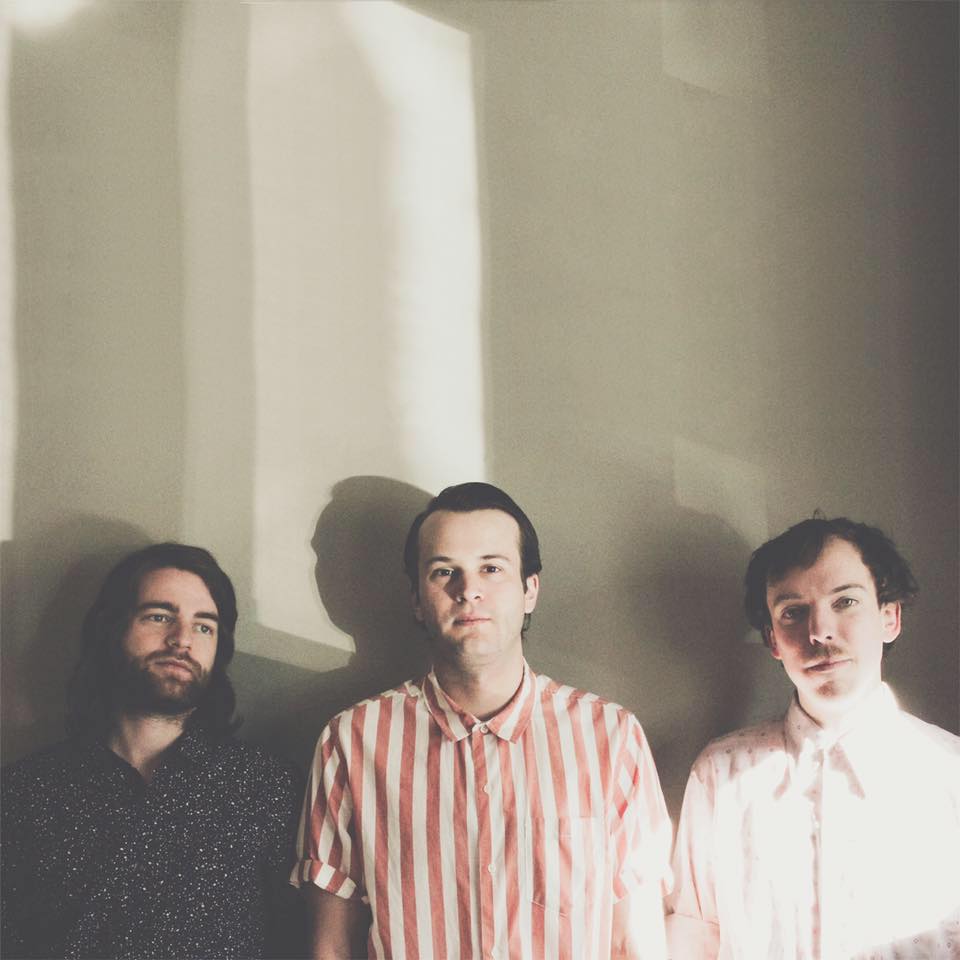 Twinsmith are an Omaha-based indie outfit with a sunny disposition and a penchant for chilled-out surf pop vibes.

Rising from the ashes of Americana-inspired outfit called Betsy Wells, the current incarnation of Twinsmith – consisting of Jordan Smith (vocals, guitars) and Matt Regner (vocals, guitar, keyboards) drummer Oliver J. Morgan and bassist Bill Sharp – have two albums under their belt with a third due this year. Entitled Stay Cool and penned for release on July 14; ahead of which we’ve been treated to two singles ‘Matters’ and ‘Boji’. A sparkling piece of stellar pop-craft, the former gently wins you over and engulfs your very being, as shimmering guitars mingle with soft but steady beat, hushed, hazy vocals and some lush synths. ‘Boji’ meanwhile, is just as alluring. Led by a soft breeze of instrumentation, this gorgeous track is tender and restful, and imbued with warmth of golden summer glow. A blissful moment of sun-kissed enchantment. Two alluring chill-outs to repeatedly fall in love with.

The band will release their forthcoming album Stay Cool via Saddle Creek on July 14, 2017. For now, sample the delights of ‘Matters’ & ‘Boji’ Below. 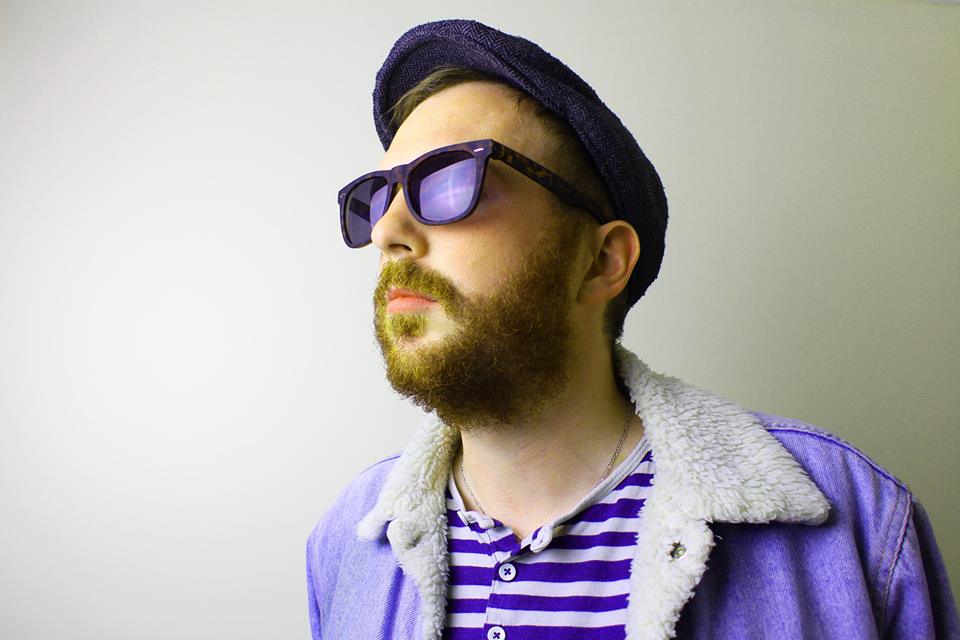 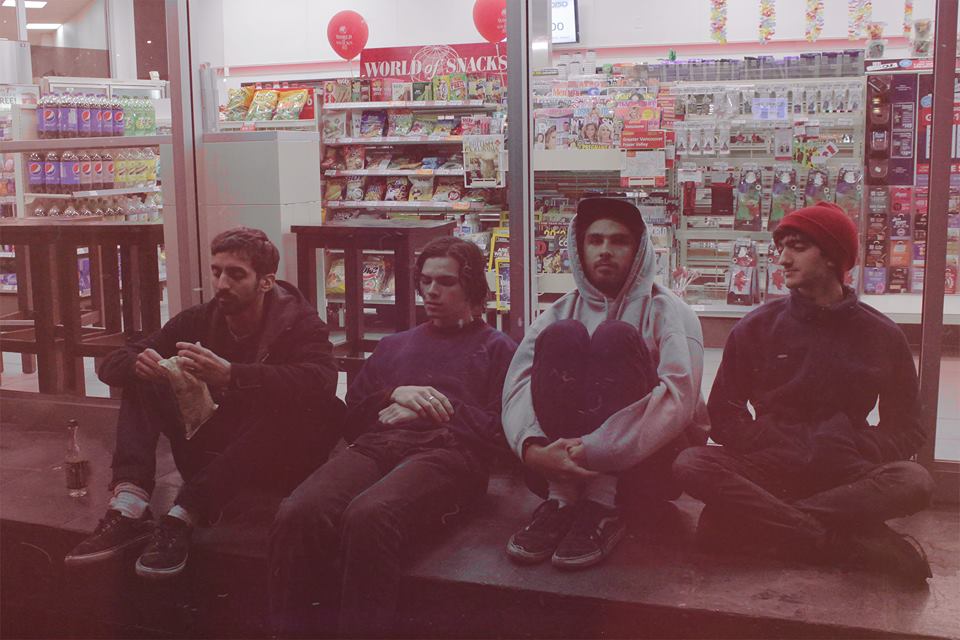 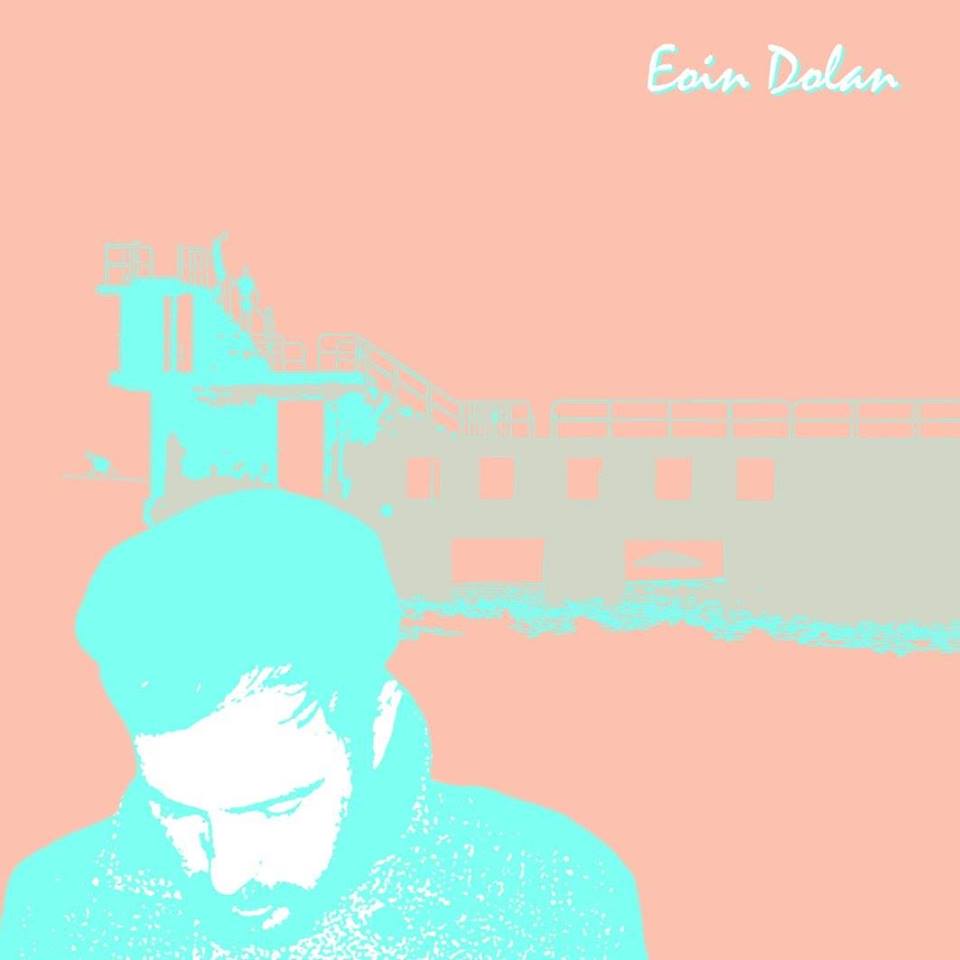 Eoin Dolan is a singer-songwriter from Galway City, on the west coast of Ireland. Having released his debut EP, Placid Ocean in 2014, Dolan has recently joined forces with independent record label Citóg Records, to release his new EP Something Good.

Dolan has an inherent knack for twinkly, enchanting and whimsical, good old fashioned pop gems. These are easy-going and timeless songs blending a wonderful mix of surf/folk/pop, with elements of Brian Wilson, Syd Barrett and Lennon/McCartney threaded through the fabric of Dolan’s sound. Yet amid all the sinuous melodies, giddy-pop-playfulness and reverb-drenched vocals, there is a sombreness, nay a sadness at hand. Due in no small part to Dolan’s song-writing, which is steeped in the imagery and atmosphere of a vintage seaside town and we see the world through the eyes of an intuitive storyteller on the very top of his game. The beauty for the likes of ‘Something Good’ and ‘Heavenly Possessed’ flows from the juxtaposition enchanting and whimsical pop and the hint of melancholic sombreness.

Eoin Dolan’s Something Good EP is one of the finest wee releases to come my way so far this year; it’s a utter joy to behold. There are a few choice cuts below and Something Good is available, in full, from Bandcamp. 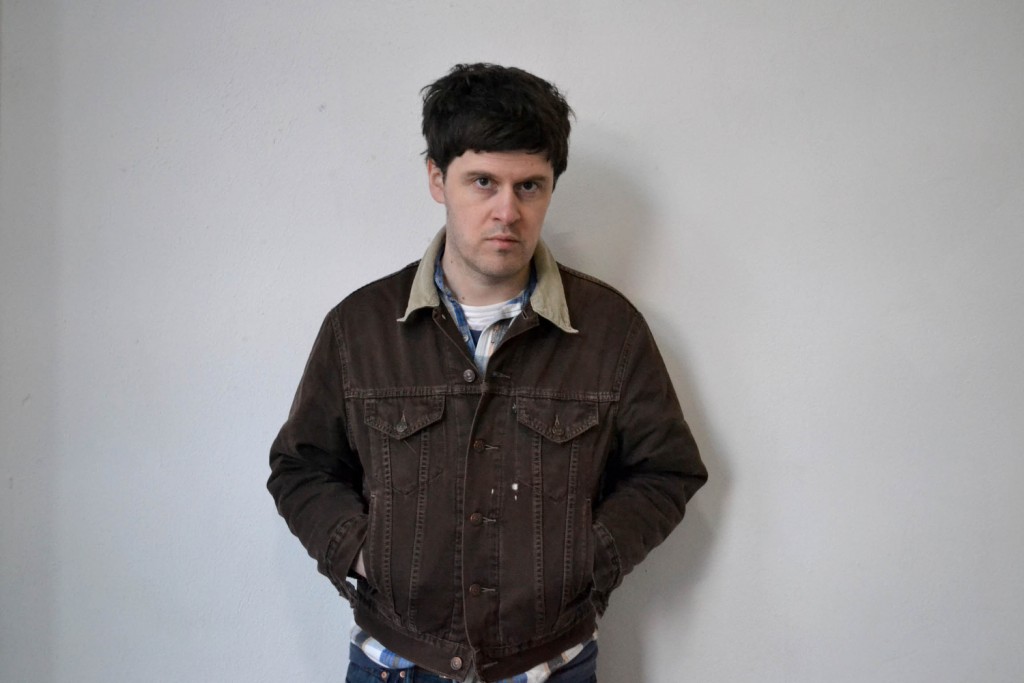 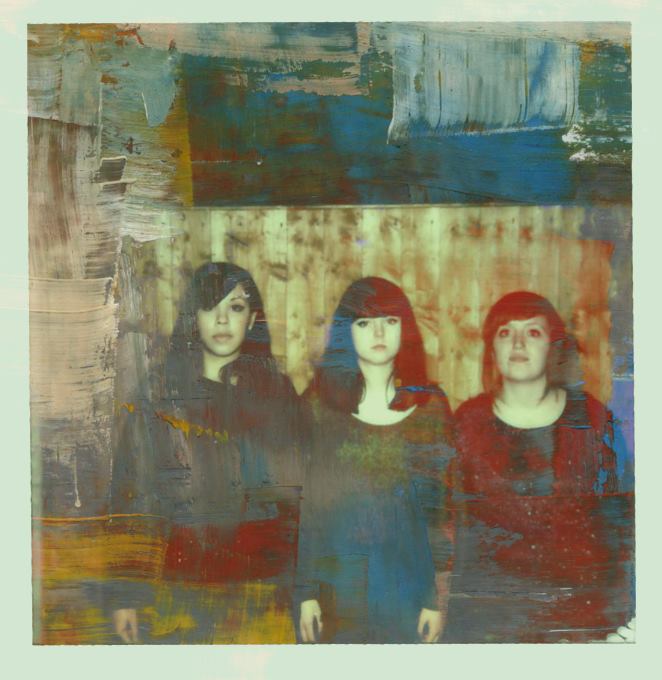 There’s something familiar and retro-leaning about Chester trio Peaness – Rach, Balla & Jess – who dare to jangle in the long shadow of their influences. Early days they may be but the trio appear to have figured out the deceptively simple, age-old secret to transcending influences: just write top notch songs.

These three Cheshire lasses provide an injection of buoyant surf-pop-rock goodness, just in time for summer. Their surfy-guitar-pop-jangle is laden with effortlessly sweet harmonies, catchy riffs and sharp hooks; the ones you could hang your hat on. From the bright and bouncy solid indie stomp of ‘Summer Song’ to the super buoyant ‘Fortune Favours The Bold’. In three minutes, they unleash a sunkissed blitz of catchy riffs, melodies and sweet heavenly harmonies, that are all coated in a light fuzz and imbued with youthful energy and assuredness. Two charming, addictive and perfectly formed songs bursting with cheery, chipper and uplifting vibes, the kind of tunes guaranteed to raise a smile.

Peaness have a debut EP in the works at the moment and it should be with us very shortly. For now, you can check out ‘Summer Song’ & ‘Fortune Favours The Bold’ 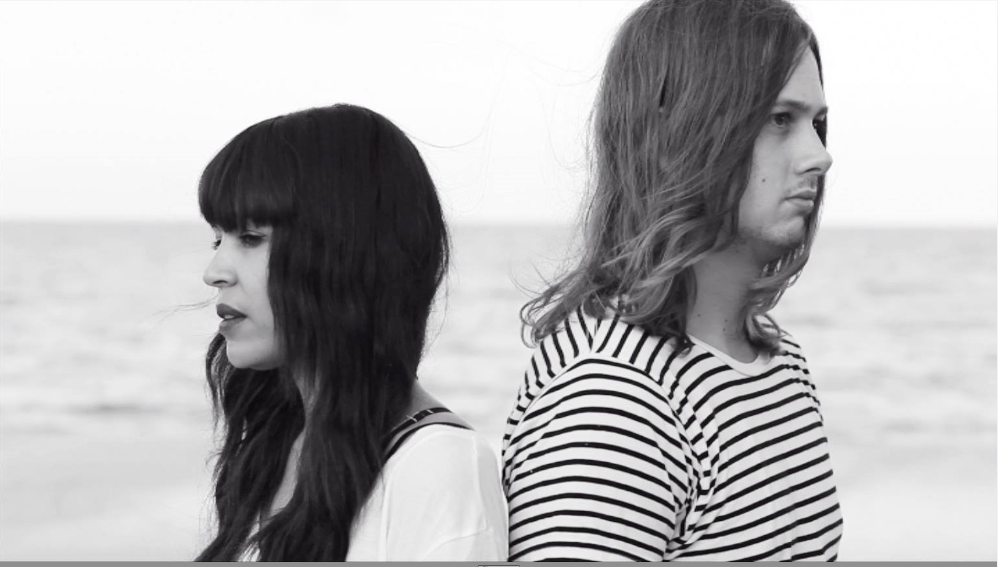 During the summer Beach Day released Native Echoes, a collection bright and cheeky, lo-fi garage rock tunes. Inspired by nostalgia but powered by a fresh verve, it captured that hazy summer vibe and this bright blend of garage rock, surf pop and girl group sounds, sits comfortably alongside contemporaries like Cults and Tennis.

Needless to say, hazy summer days (and nights) are but a distant memory on this side of the world but doesn’t mean we must dispel the hazy, sun-kissed and cheery tunes. Beach Days’ latest single, ‘How Do You Sleep At Night’ provides an easy and breezy escape from the shackles of winter. It has a swooning, peaceful feel to it, aided by the sound of waves lapping a Holywood shore line. A gentle jangle accompanies Skyler Black’s wonderful floating vocals in tenderly piercing the soft fuzz that crackles with warmth and tingles with nostalgia. One of many loveable and inescapably brilliant tunes that festoon their latest album, Native Echoes.

You can check out ‘How Do You Sleep At Night’ below and if you’re liking that, why not give the album a whirl over here?