Together the trio have carved out a rather special place on the musical landscape with timeless psych-infused soul and funk, anchored and propelled by an enviable love of groove. Their new EP ‘Rarities’ is a colourful and imaginative exploration in sound, with a focus on mood and groove, and single ‘Khanta’, provides a succinct distillation of their sonic adventures in four wonderful minutes. Composed of a grooving rhythm section, soaring hornlines, and fuzzed out guitar and psychedelic brush strokes ‘Khanta’, is a churning, winding groover bathed in a swirling haze of shimmering tones, psychedelic keys, and parps of rich brass. ‘Khanta’ is a thrilling and pulsating powerhouse of rhythmic fervour that is totally irresistible and will leave an indelible mark on your soul.

Listen to ‘Khanta’ below – and check out the EP ‘Rarities’ here too.

We were introduced to Justy’s delectable talents through debut record Soul Food earlier this year; a smooth, soulful and lush blending of hip hop, R&B, soul, jazz and pop, and filled with soul searching, heartbreak, loss, self-awareness and renewal. Building on these aforementioned attributes, Justy has returned with the aptly titled new single ‘Cool’. It is a smooth, woozy and super soulful coming together of lush hazy tones, syrupy melodies and seductive grooves as a gentle, warm strum is joined by subtle brass swells while soft beats patter below the chilled mellifluous vocals. In short; ‘Cool’ is another simply stunning and soulful cut from Justy – and one that will leave an ineligible mark on your soul.

Welsh soul singer Nia Wyn,  Manchester rapper KinKai and German producer Shuko have joined forces for a collaborative single on the latter’s label For The Love Of It.

The single, ‘I Ain’t Finished Yet’, is laid-back, lush and super smooth. Wyn lends her rich inimitable vocals as Shuko brings all the soothing jazzy vibes, seductive subtle grooves, soft brushed beats and layers of warm and colourful tones, and topped off exquisitely by the mellow and melodic vocals from KinKai. We’ve been following Nia Wyn’s rich, soulful and unmistakable sounds for a while now and never disappoints, and the same can be said for ‘I Ain’t Finished Yet’. It is one of the most smooth, seductive and mesmerising tracks you’re likely to hear – stunning.

Listen to ‘I Ain’t Finished Yet’ below now.

Staten Island outfit The Budos Band celebrate 20 years together this year and will mark it with forthcoming new album, Long In The Tooth, out on October 9th via Daptone.

In that time the 8-strong outfit have carved a special place on the musical landscape with their timeless psych-infused soul and funk, and an enviable love of groove. Ahead of the new record comes lead single ‘Long In The Tooth’ which says more about them than I can, more succinctly too, in just over three-and-a-half-minutes. It is a super smooth jam that saunters along a seductive groove while rugged riffs and breakbeats cut through the sea of fuzz and warm organ hum as menacing horns swoop in from above. ‘Long In The Tooth’ is a thrilling and pulsating powerhouse of rhythmic fervour that is totally irresistible and will leave an indelible mark on your soul.

Listen to ‘Long In The Tooth’ below – and keep an eye put for the new album come October.

Hot on the heels of her debut EP Love I Can’t Ruin, released in February, London-based Welsh artist Nia Wyn has returned with a stunning new single ‘Who Asked You’.

‘Who Asked You’ is a soul rich jam that swaggers along with attitude amid a sea of lavish warm brass, seductive groove and dusty hip-hop beat. This deeply alluring backdrop provides the perfect canvas for Wyn’s rich, soulful and unmistakable voice to thrive and take centre stage as she directs a middle finger to unsolicited opinions and judgement. It is defiant, rousing and of course, soulful and irresistible – par for the course when it comes to Wyn. We’ve been keeping an eye on Wyn for a while now and she has done nothing but impress time and time again – a huge talent – long may it continue.

Tune in to ‘Who Asked You’ below:

The Urban Renewal Project is a sixteen-piece hip-hop collective (yes, sixteen!) based in Los Angeles.

Their sound can be loosely defined as hip-hop, but in reality their sound seamlessly blurs the boundaries between soul, funk, jazz, and hip-hop – utilising the old adage of power in numbers, they boast a big band horn section, singers and three MCs among their ranks. And like that, strutting its funky wares is new single ‘Shake Those Hips’, offering us an opportunity to fully realise the complete, irresistible power of the ensemble’s vibrant sound.

This is slick, grooving and funky slice of infectious hip hop; ‘Shake Those Hips’ is insanely catchy, extremely addictive and pretty brilliant. It is a syrupy brew; big, brassy and funk-fuelled hip-hop. Swaggering along with an irresistible groove, huge blasts of brass, infectious bars from three MCs and more horns than a randy goat – we’re treated to a fun-filled barrel-roll through positive vibes just begging to be danced to.

This is one of the most thrilling singes of 2019 thus far and one sure to leave an indelible mark on your soul.

‘Shake Those Hips’ is the lead single from their forthcoming EP titled Love Glory Duty Death, expected later in 2019. Listen to the single below: 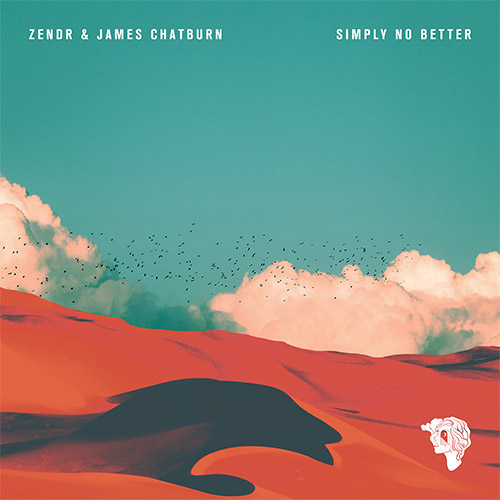 UK producer ZENDR and Australian artist James Chatburn have joined forces to deliver a fresh cut of future soul in the shape of ‘Simply No Better’.

This new single from the pair is a textured mesh of instrumentals – a chunky breakbeat groove, glowing electronic beats and glistening synths – all pieced together with finesse and peppered with jazzy brass riffs. In doing so, ZENDR has crafted a cocktail that’s the perfect backdrop for Chatburn’s soulful vocals. While ‘Simply No Better’ radiates a mild aura of euphoria, it smoulders with a nagging sense of melancholy – mostly due to Chatburn’s world-weary and soul-soaked vocals. It is a rich and dreamy sound, both mellow and soulful, and oozing with opulent melodies throughout. 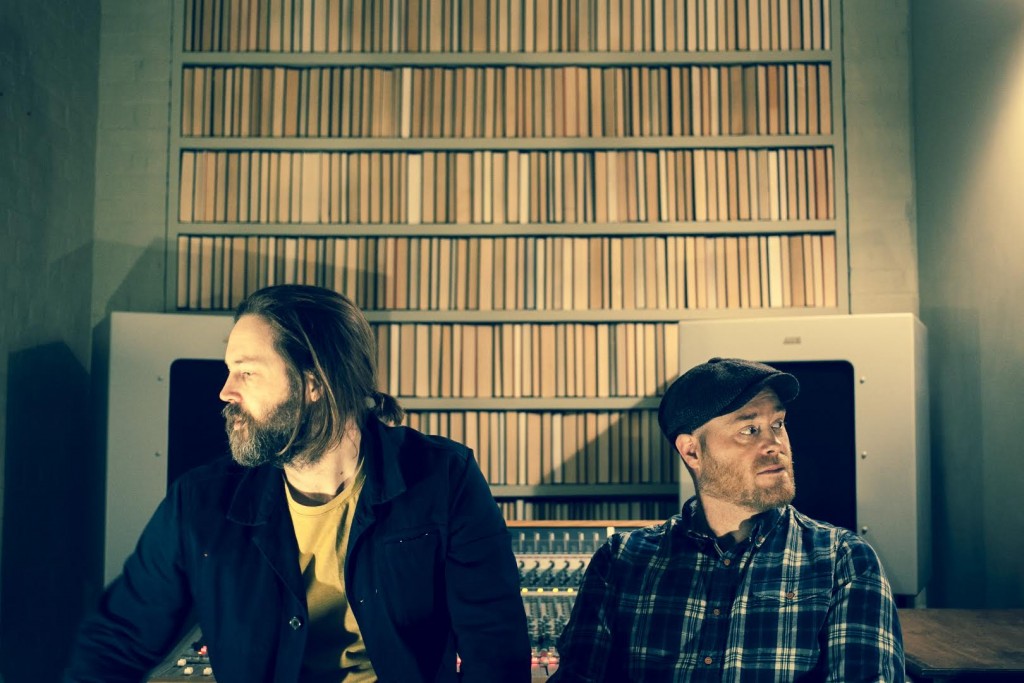 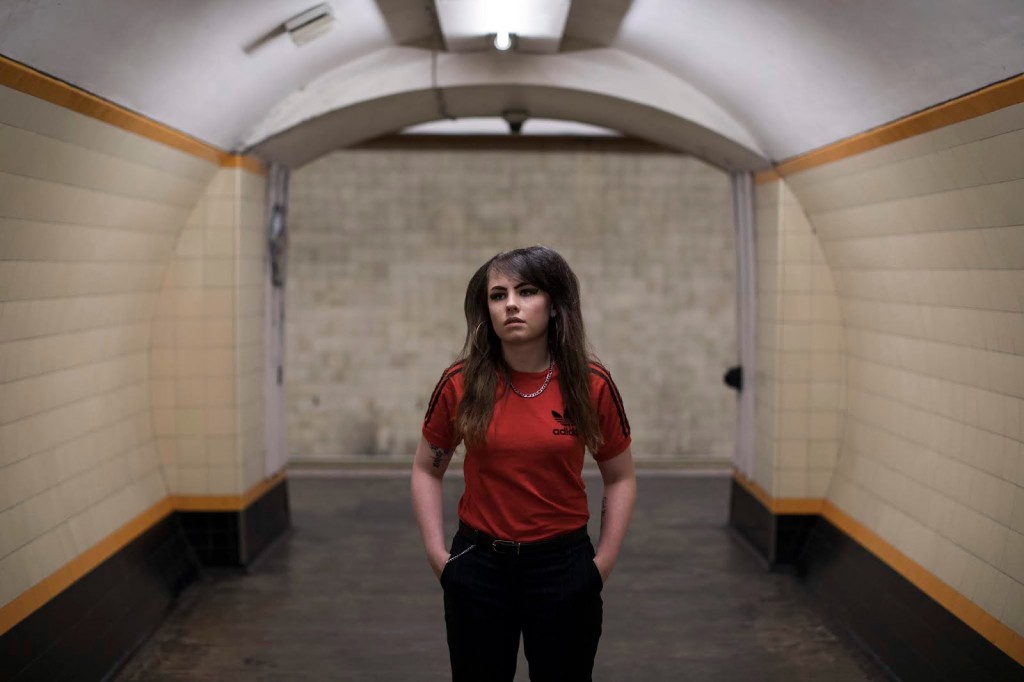 We were introduced to the powerful, raw and soulful sounds of North-Walian artist, Nia Wyn about this time last year.

Singles ‘Do You Love Enough’ & ‘Help Me’ immediately marked her out as an exciting prospect. Now, one year on, Nia Wyn is back with a brand new single ‘Turnstiles’. Produced by Paul Weller, ‘Turnstiles’ is a rich blend of soul meets bluesy rock. Weller provides backing vocals and the bass bits alongside a steady beat and strum, and some illuminating, heart-winning parps of brass, that all oozes with a glowing vintage charm. As marvelous a backdrop as it is, the music pales into insignificance when compared to Wyn’s most considerable asset; her voice. Powerful, rich and engrossing, Wyn’s vocals are special (in an Amy Winehouse way) and combined with a flair for storytelling, demand you full attention.

Listen to ‘Turnstiles’ below and if it is to your liking, there’s more here.

Nia Wyn is also one of twelve acts selected from across Wales for Horizons 2018, so you will be hearing plenty more from her over the next 12 months.