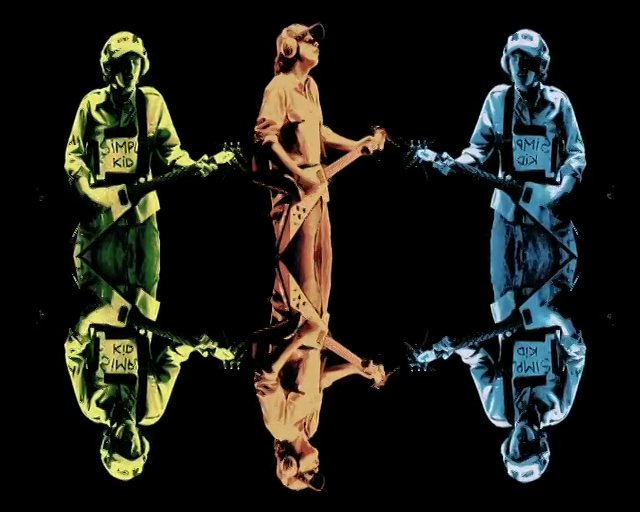 In early 2011 Simple Kid announced through his official website that there will be no further music nor tours by Simple Kid. Despite this announcement, a new single, ‘The Road’, slipped out well and truly under the radar in the Spring of 2012.

Since then? Nothing. Well not quiet it seems. In November of last year he did it again, with out any fuss or anything really, Simple Kid slid a new song under the radar, called ‘Snakes and Ladders’. The track, commissioned by the BBC as part Radio 4 series  ‘Forever Young’, suggests the synths, beats and electronics of ‘The Road’ have been put to one side for the time being. Preferred instead is that recognizable and grainy SK alt-folk sound, as he and an unknown female vocal companion lament the precariousness which is all to real for so many living through the throes Capitalism’s latest crisis. The songwriting is clever yet subtle and the song in general is superb.

Whether this is it, or we shall be intermittently treated to the odd track here and there or, by some stroke of luck might see something more substantial is anyone’s guess. Only the kid knows that for certain.

Hat tip to former Vagabond Dave Phelan for this one.

In early 2011 it appeared for all intents and purposes that Simple Kid was no more, a simple message adorned website ‘Simple Kid RIP’. A brief but fruitful and exciting musical talent lost. Following a serendipitous discovery on spotify, it seems all is not lost.

Despite this announcement proclaiming the demise of Simple Kid, a new single, ‘The Road’ was slipped out well and truly under the radar in February through Static Caravan records. ‘The Road’ is simply wonderful. Always one for pitting his folk, blues and indie influences with electronics, it sees him push further in that direction. Electronics, beats, swirling synths and a (slight) computerised voice partner his own sweet harmonious vocals guitar strums. This is perfect pop song craftsmanship, the kind of thing Super Furry Animals have perfected over the years.

Whether this is the last flinch, a found farewell, or something more, only time will tell. Either way ‘The Road’ is magnificent, demonstrating the many reasons why Simple Kid has been missed. Till the next time, hopefully, ‘The Road’.

You can pick up ‘The Road’ from Static Caravan Records for a cool €1.

A while back myself and my mate Leigh (Easy Music For Difficult Ears) decided on the idea of blogswap/joint post. The premise simple; a double whammy of his regular ‘Something for the Weekend’ feature. We begin in 1977 with Leigh taking an extensive look at The Normal, while I roll back a couple of years to sample some vintage Simple Kid. It is only mannerly to allow the guest to go first, so without further ado…

As the first generation of punk began to falter toward the end of 1977, emphasis began to move away from much of the trash rhythms of the previous eighteen months.

Indeed, the next couple of years would see the scope of instrumentation widen greatly, as artists – struck by punk’s feverish nature – embellished their creations with elements of jazz and funk (The Pop Group), dub (Public Image Ltd., The Raincoats) and rap (The Clash) amongst others.

Heavily featured throughout the emerging post-punk/new wave movement was, of course, electronics.  Whereas numerous “no wave” artists (see DNA or Teenage Jesus and the Jerks) may have digressed musically in the pursuit of more art driven formulae, industrial acts (such as Cabaret Voltaire, Throbbing Gristle and SPK) existed on a parallel plain, where self-made electronic sounds and stark noises modernised post-World War 2 concepts like Musique concrète.

Amongst the melee was Daniel Miller – a.k.a., The Normal.  Miller, an experienced film editor was dismayed at the apparent need to abide by a three-chord structure within punk’s narrowing walls – rather than confine himself to such barriers, the disillusioned Miller purchased a Korg 700S synthesiser.  Recorded in his house on TEAC four-track recorder, Miller produced two ultra-minimalist songs that would later make up his first – and only – single.

Once finished, the songs, “TVOD” and “Warm Leatherette”, were largely single-note / arpeggio affairs, laced with acidic lyrics housed within morbid themes. Images of death in a car crash and televisual addiction ran throughout; although the pictures painted remained largely cartoonish in nature.

Released in October 1978, the split-single TVOD / Warm Leatherette was also to be the debut release on Mute Records – a label set up by Miller himself to carry his own recordings.  However with no new material forthcoming, Miller set about shaping Mute into an independent label that would become as important and influential as its peers Factory Records and Rough Trade; the latter of whom helped distribute Mute’s early releases.

As the decade turned, artists such as D.A.F. recorded projects for the label, while Miller himself released an electronic version cover of Chuck Berry’s “Memphis Tennessee” under the banner of Silicon Teens.

By 1981, Fad Gadget and Non had also joined Mute’s roster, before the label reached the stratosphere thanks to the success of new electropop signings, Depeche Mode, Erasure, Yazoo and later, Goldfrapp.  Come the beginning of the century, Mute was sold to EMI.

In truth, TVOD / Warm Leatherette single is not widely known within the mainstream consciousness; if anything, it is a musician’s single – a release that helped define its immediate aural surroundings, leading to other artists to extend the boundaries of leftfield electropop and synth-driven new wave.

Simple Kid – Staring at the Sun

Simple Kid aka Ciaran McFeely, is one of those enigmatic artist who refuse to bask in the limelight of their success, preferring to remain in the shadows.

Simple Kid rose to public prominence with the release of SK1 in 2003. A stunning album which captured punters imagination on both sides of the Irish Sea, no mean feat. It demonstrated the Cork natives savvy for witty and at time silly lyrics with catchy-as-hell melodies. SK1 mixed the bouncier and chirpier moments of Britpop era Supergrass and Blur with T. Rex glam swoon and catchy trip hop and electronic beats and synths. It is a formula which probably shouldn’t have worked but it did!

Just as it looked as though he was destined for bigger and better things SK disappeared off the radar, apparently quitting music to escape its pressure and taking up a job in his local video shop. Thankfully this was not to be the end. In late 2006 he returned to the fore with SK2. His second LP saw him embrace his lo-fi id, producing an album of  self-produced scuzzy recordings with a real quirky indie-country vibe.

The record was received well by critics and fans alike but as he returned to hibernation once again in 2008 we hoped there was much more to come. Unfortunately it was not to be, a brief message adorned his website to confirm Simple Kid is no more.

A brief but fruitful and exciting musical career, perhaps we may see him return to music under another guise, hopefully he does. Music needs guys like this.