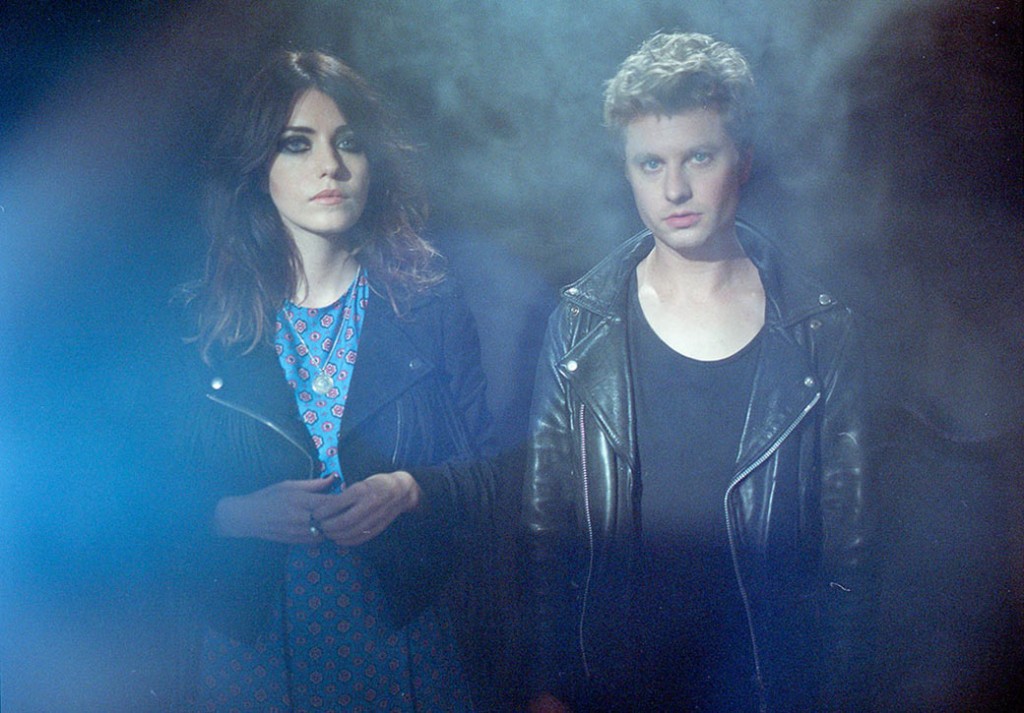 “How does it feel, to reveal what you already know?” snarls Blood Red Shoes’ Steven Ansell on the savage, rampaging beast that is ‘An Animal’. It’s a pretty apt utterance from Ansell, as it reaffirms what we’ve known for a rather long time, the Brighton duo are one of the best in the business when it comes to full-blooded indie-rock.

‘Animal’ is the second track to have been unleashed from Ansell and Laura-Mary Carter’s forthcoming self-titled album, which is out on March 3rd. The track certainly indicates a return to top form after 2012’s somewhat underwhelming In Time To Voices. Brilliantly raw and heavy, this is the duo sounding as big, brash, boisterous and obliterative they’ve ever sounded in the past. Hating that shitty job hasn’t sounded that compelling for sometime.

You can check out ‘Animal’ & the accompanying b-side, ‘Wretch’, which features Drenge’s Eoin Loveless and Ian Clement.

Blood Red Shoes have announced they’ll be kicking off 2013 with a brand new three-track EP, Water, the duo recorded with producer John Congleton after their final show of their latest US tour.

Thankfully we don’t have too long to wait, January 2st in fact, but Laura-Mary Carter and Steve Ansell have shared the first track from the forthcoming EP, ‘Black Distractions’. It  finds them in a decidedly rockier mood, it is a straight up rock tune revolving round a killer rocky riff. This is probably the most out-and-out ‘rock’ they sounded which is saying something.

You can download ‘Black Distractions’ below, for free. Water will be released on January 21st 2013 via V2

Blood Red Shoes have unveiled a video for their latest single ‘Blood’, which featured on the blog back in February. It’s an absolute beast of a tune, so, there is no harm in using any excuse to draw attention to it again.

‘Cold’ demonstrates why they are such a formidable force, exposing us to a torrential whirlwind of pummeling drumbeats, fuzzed up guitar and the vocal interplay between the duo is so, so good.

‘Cold’ is out on Monday, March 19th and is followed by third album, In Time To Voices, on March 26th.

Exciting news this. Blood Red Shoes have announced the release of third album, In Time To Voices, which will follow-up to 2010’s superb Fire Like This on March 26th

That’s not all, the Brighton duo will precede the release with the single ‘Cold’ on March 19th. It’s an absolute beast, from the opening you’re hit with a torrential whirlwind of pummeling drumbeats and fuzzed up guitar. The vocal chemistry and interplay between the duo remains one of the band’s strongest assets, along with the sheer noise level.

I expect Blood Red Shoes will feature quite prolifically throughout the year, don’t just take my word for it, give ‘Cold’ the once over below.