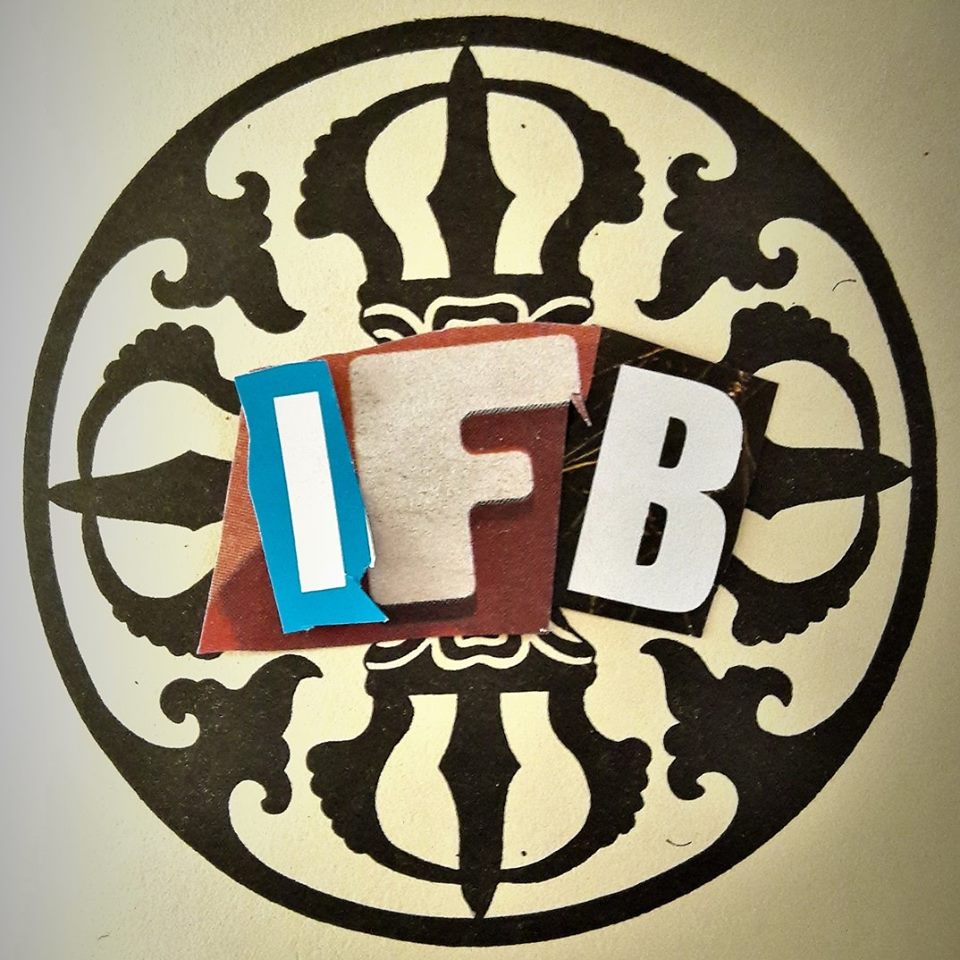 Formed earlier in 2017 by one angry Englishman and his machines, Irascible Fuck Brigade are hard to forget; partially due to their rather tasty handle but also because of the ferocity and caustic nature of their electro-punk sound.

While lyrics rage at societies increasing structural inequality and seething anger is never far away from exploding, the music differs in texture and intensity, sliding between punk, rock and electronic. Irascible Fuck Brigade don’t create music which is easy on the ear, rather it reflects a genuine anger and frustration (and a backlash against), proclaiming a defiant message of protest that takes no shit. Take recent singles ‘Slash The Fucking Seats’ & ‘Chocolate Box’, both feisty, ferocious and angry, they chop and change between styles but the instrumentation is intense, releasing the pent up energy like a coiled up spring, whilst the impassioned and flurried lyrics implore the listener to smash the chains. Blistering, righteous and caustic; Irascible Fuck Brigade leave a hell of an impression. 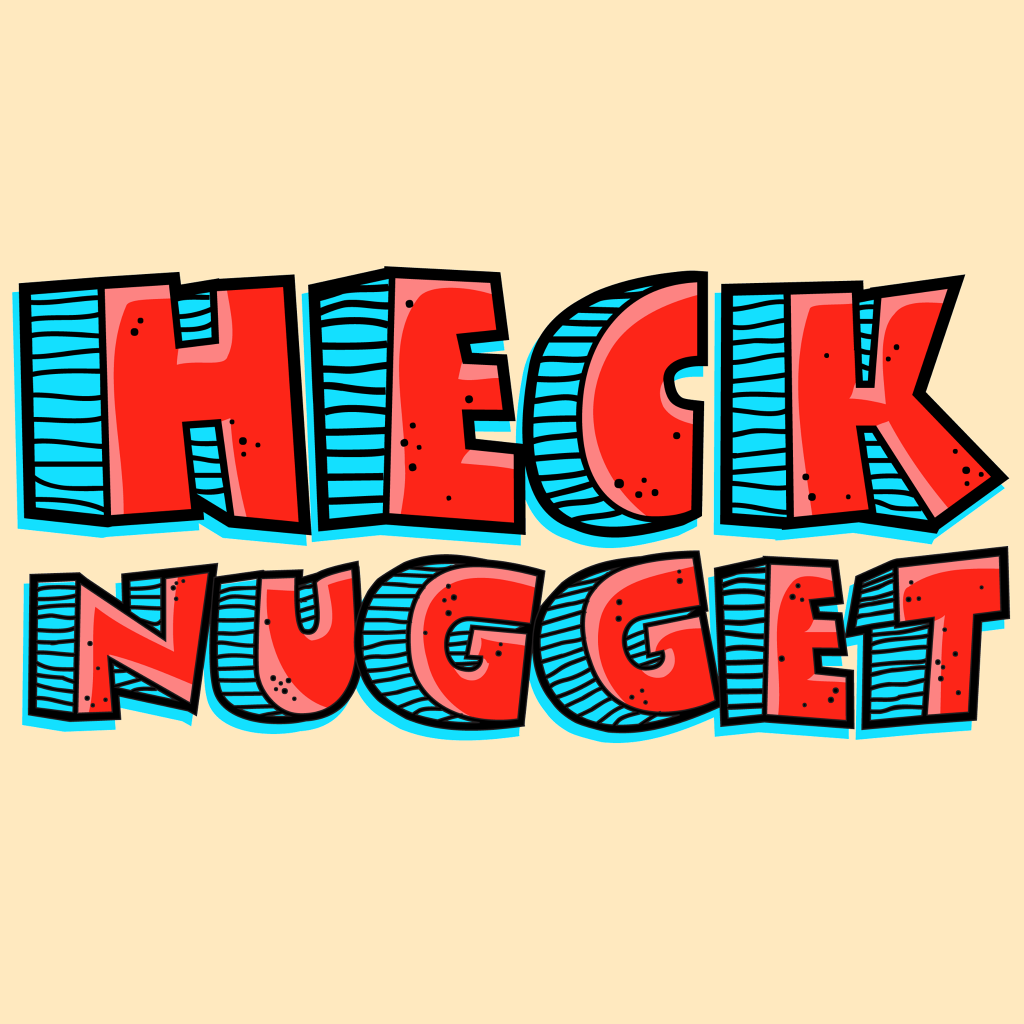 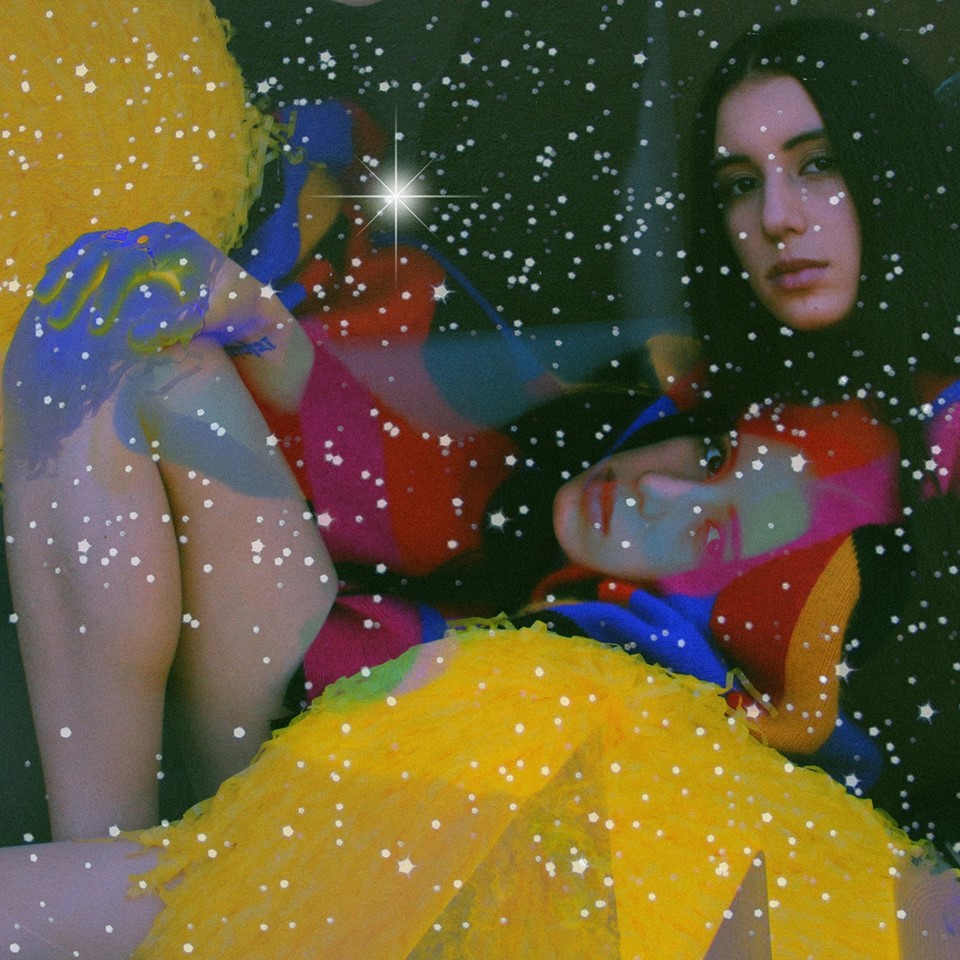 Ahead of her debut EP as Loyal Lobos, now based in Los Angeles, Silva is drip feeding some decidedly delicious tasters of what to expect.

‘The Fall’ introduces a sweet, Americana infused indie vibe, opening at a cantering pace. Amid all the compelling sweetness however, the momentum shifts through the gears, picking up pace and intensity of krautrock proportions. Silva too, drives the track onward as her honeyed soft vocals grows in tandem with the charge, until it swells and consumes you, and everything else for miles around. Latest single ‘Dirt’ retains the touch of Americana and preferring exquisite pop finesse to spiraling krautrock. Beautifully infectious, it shuffles along a groovy drum beat stabs of guitar and impressive pop melodies, which are all secondary to Silva’s stunning voice, which remains at the fore. Silva’s vocals are utterly captivating, while soaring, scale-shifting moments elevate the song to new euphoric heights or the richly melodic purr that makes you privy to every iota of emotion. You can never really have too much of these kinds of stellar sounds in your life.

Listen to ‘The Fall’ & ‘Dirt’ below. The EP is expected to follow soon… 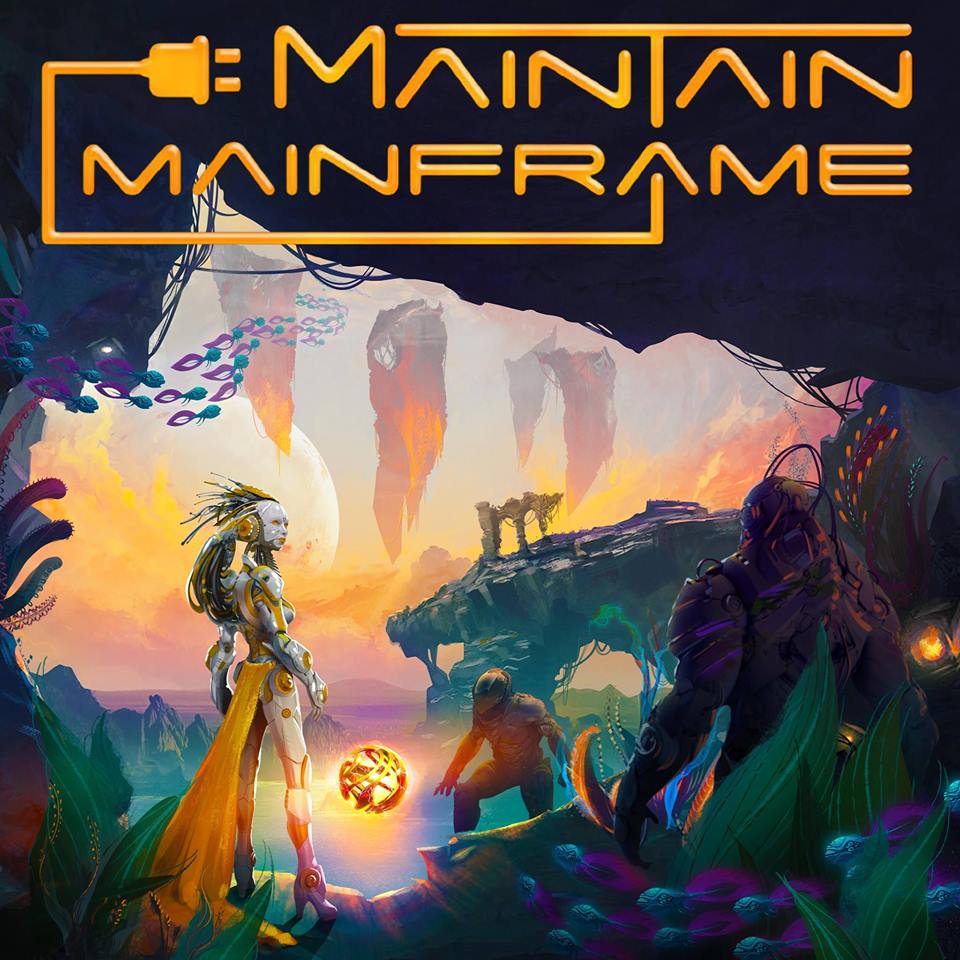 “In the year 3046 a robot searches for the Alpha Key to unlock a cryptic sequence of code” – as far as back stories go, Maintain Mainframe’s is pretty different.

Unusual as it may be, it is pretty apt as this peculiar music outfit treat us to an unusual retro-futuristic fusion of classic rock, synth & psych pop and indie/alt-rock, strewn with science fiction influences. And aside from the imaginative sci-fi backstory, that’s the tale of their self-titled debut record.

Most recent single ‘The Mirror’ opens with a pastoral sounding strum and hushed vocals, before making way for a series of gritty riffs as it swaggers along a danceable groove., that sounds wonderfully gritty, dark and edgy. Similarly danceable is ‘Dreamphase’. Engulfed in layers of fuzz and eerie and menacing tones, muscular guitars and buzzing riffs up the intensity and ferocity, while propelled along an irresistible rhythmic groove and some sparkling retro-futuristic synth work. Meanwhile, ‘I Am A Robot’ channels the sound of The Flaming Lips for a colorful, melody filled and spaced-out spectacle.

This is without a shadow of a doubt, one of the colourful and imaginative creations for sometime. Combining everything from psych-pop, rock, electronica, krautrock and more, they do so with a supreme potency and in full Technicolor.

You can check out some choice cuts below, I assure you I’m not spoofing and you can listen to their debut album here.

END_OF_DOCUMENT_TOKEN_TO_BE_REPLACED 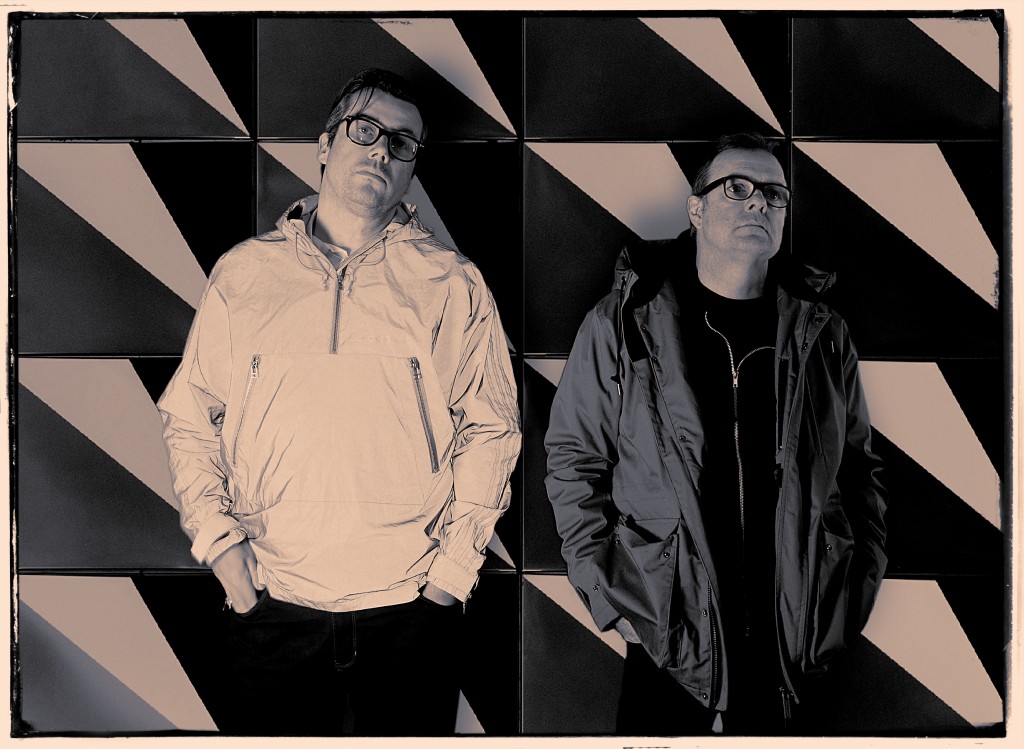 Aircraft of Tomorrow is a creative collaboration between musician Paul Woodfull and visual designer Alastair Keady.

What’s created is a gorgeous confection of ambient instrumental music that ebbs and flows through lush, atmospheric, cinematic drifts of retro futurism – of which the pair’s debut album entitled Alas Euphoric, boasts with stunning finesse. ‘Metro to Marco’ harnesses a deep, warm, winding synth, hypnotic chiming of keys and floaty atmospheric sounds to create a gripping, transportive and transfixing track, that will consume you. ‘Hundreds Of Eggs’ hypnotises as it pulses slowly and delicately through a gorgeous soft-focus of tick-tock percussion, ethereal synth and steady release of cloudy atmospherics. While ‘Pre & Post Redemption’ sounds like a cinematic soundtrack to a ‘70s BBC sci-fi drama. A gently building, moody and deeply atmospheric blend of ambient, cinematic retro futurism, Aircraft of Tomorrow’s debut record comes highly recommended.

Alas Euphoric is out now & you can stream it here; to get you in the mood, there are a few choice cuts below: 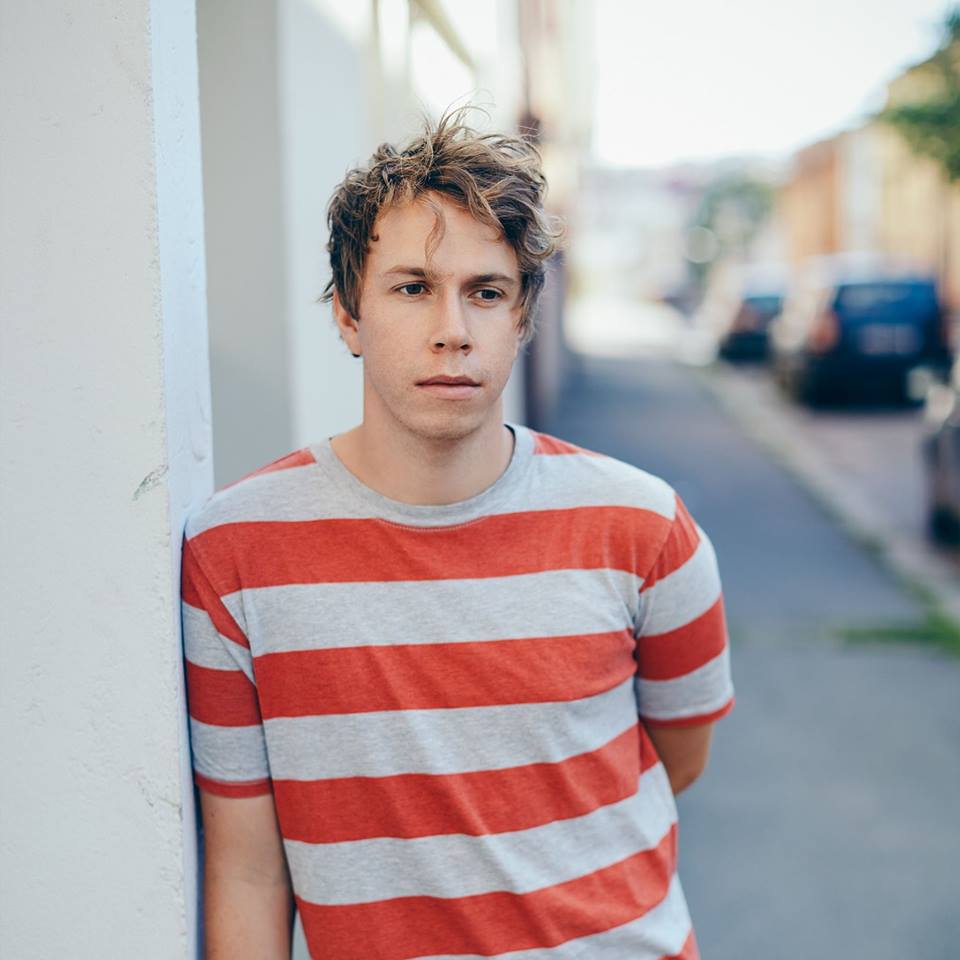 Recorded in vivid locales including his hometown cabin, Oslo and Vancouver, his debut LP, Everything is the Same is a charming record, imbued with a warm inviting glow, optimism and playful wonder. Most recently lifted from the record is ‘This Time’; a magical, soothing, and endearingly optimistic gem. Opening slowly with a delicate acoustic guitar and rich emotive vocal, before being ushered gently forward with a swell of twinkling keys, chimes, percussion and gentle hand claps as pure and really beautiful female vocals come to the fore. Title track, ‘Everything is the Same’ sounds much more world-weary and melancholic, yet marked by an understated optimism. Again a gentle strum leads the way, giving space for tender, touching emotion to surge and swell. There is a real strength in the songwriting and in the vocals too, which offer a real delicacy in their delivery. These are charming, beautiful and warm folk songs with intricate and sharp arrangements – and the album is a delight.

Simen Mitlid’s debut album Everything is the Same is out now, and you can listen to it here.

As a taster, ‘This Time’ & ‘Everything is the Same’ are below for your aural pleasure. 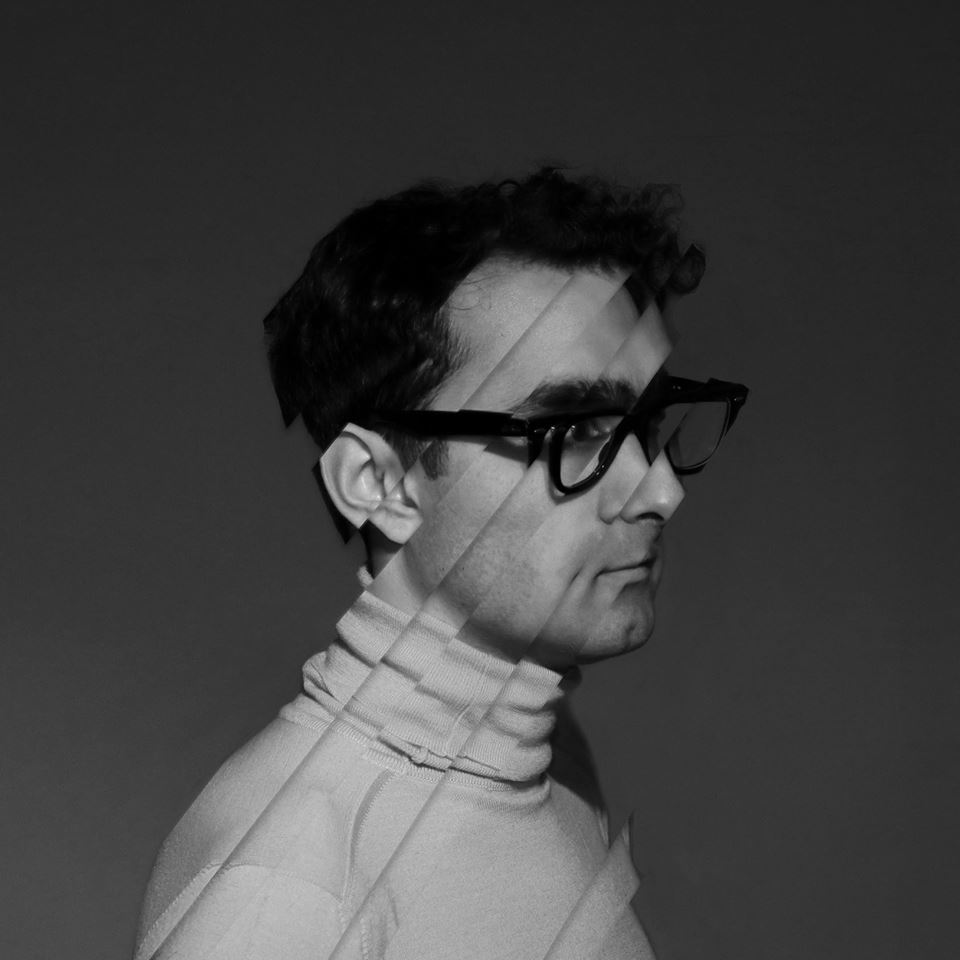 Holy ’57 is the moniker of London-based artist Alex Mankoo, who is gearing up to release his forthcoming mini-album L.

Holy ’57’s forte appears to be that of warm, inviting and feel-good vibes, adorned with good old-fashioned, hearts-on-sleeves songwriting. Providing substance to this assertion, Mankoo has afforded us with two gems lifted from the forthcoming mini-album. Latest single ‘Canary’ swoons with sinuous melodies as it slinks along its oh so merry way, above some seductive beats. Previous single ‘Water // Chrome’ is no less joyous and entrancing as bobs along punchy drums and low bass, and like ‘Canary’, you’ll find yourself succumbing to its allure. Another consistent charm across both sublime single is the vocals, which have a soft and inviting quality to them that brings to mind something approaching Vampire Weekend or Tim Burgess, on his own solo work. A wonderful and truly refreshing listen, which you will be all the better for letting into your life.

Check out ‘Canary’ and ‘Water // Chrome’ below. 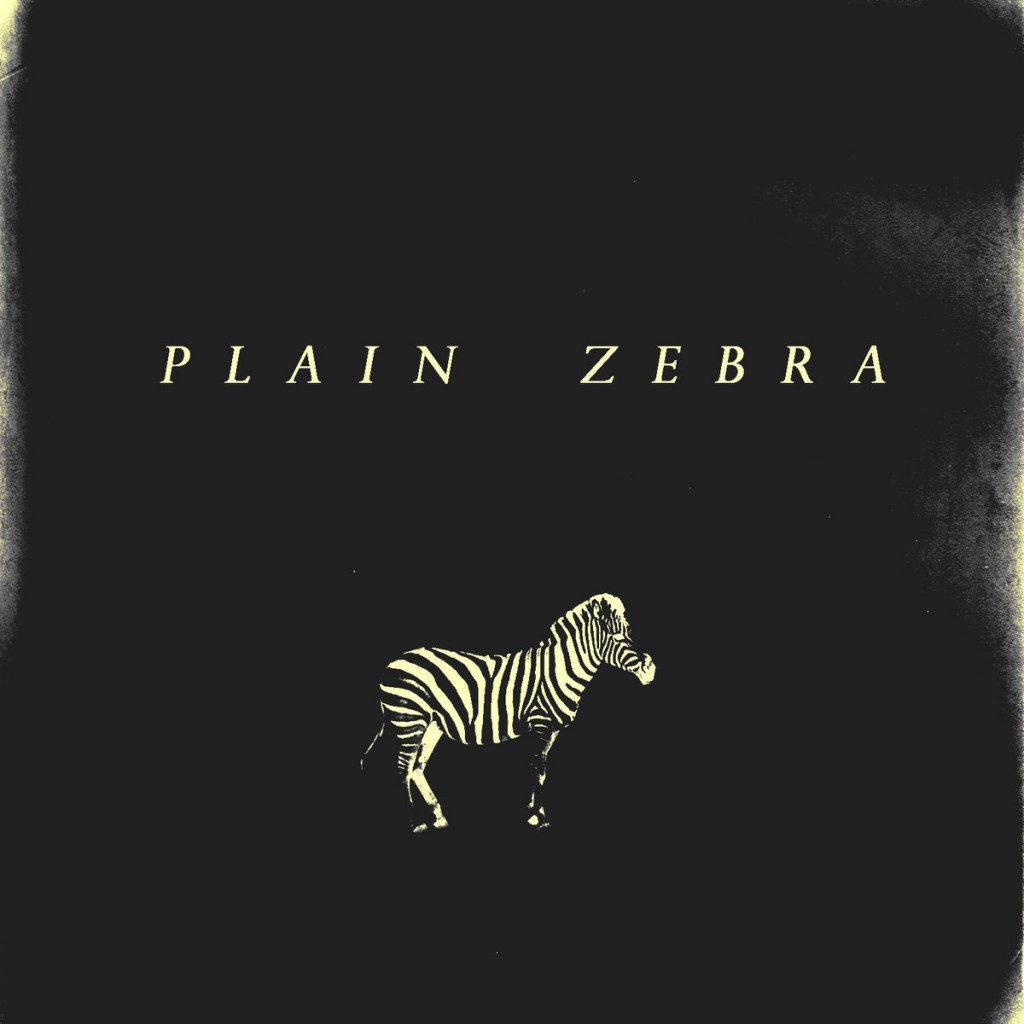 ‘In The Town’ sets out their stall, revolving around some stomping bluesy beats, licks a la The Black Keys with some sweet, sweet backing harmonies and some ‘Superstition-esque’ bass notes. Let’s get this clear; after the opening 10-15 seconds, these guys mean business. ‘Brickland’ continues with the bluesy-rock vibe, with an added element of mildly dubby tones, we’re left with another sublime piece of work. If you dig licks, riffs and stomping grooves, well then Derry six-piece Plain Zebra don’t disappoint. Top stuff indeed.

You can check out ‘In The Town’ & ‘Brickland’ below, and if that’s too your liking, there’s more where that came from here. 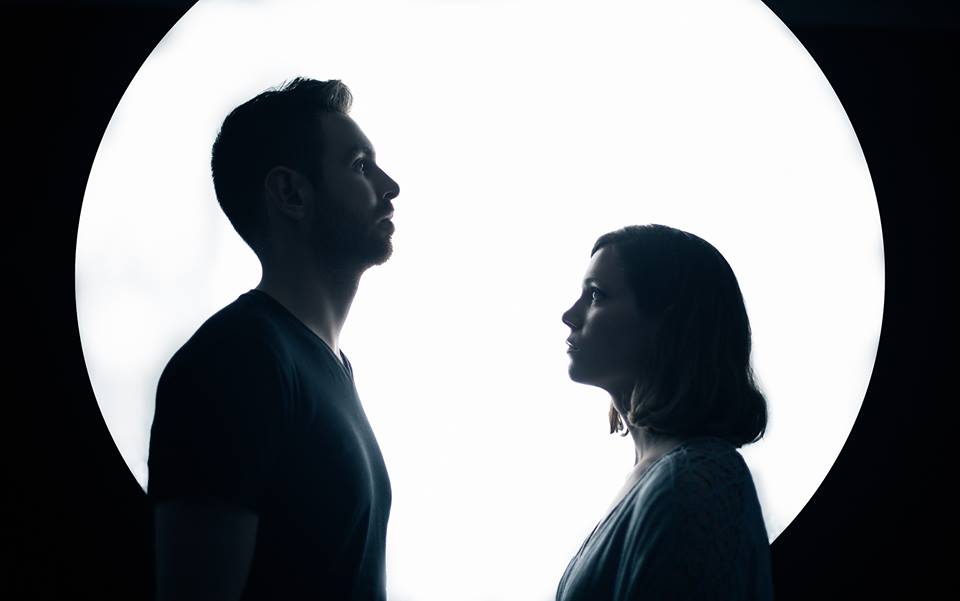 Silver Liz are Chicago-based husband-wife duo of Carrie and Matt Wagner who delight, excite and enthral with their shoegaze-meets-dream-pop sound.

With the recording of their debut full length done and dusted, the pair are teasing us with some tantalising tasters. Latest single ‘Him’ captures the Silver Liz’s shoegaze-laden textures. Carrie Wagner’s haunting vocals lead the charge elegantly through a undulating sea of fuzz, distortion and whirring of guitars, which begin to wail piercingly with the introduction of percussion as we’re thrust into a world of enveloping spacey and shoegazey sounds. A stunning atmospheric, yearning and dreamy soundscape. Meanwhile, ‘One and Twenty’ continues with the dreamy charm but garnering a more refined, blissful and breezy lo-fi indie pop. The songs traded-off vocals have a way of transfixing and the combo of clashing guitars, electrified drums, and ambient synths find a sweet spot between pop and indie/alternative. Expect more where this came from on Silver Liz’s upcoming full length album, to be released at some point in the near future.

For now you can check out ‘Him’ & ‘One and Twenty’ below. 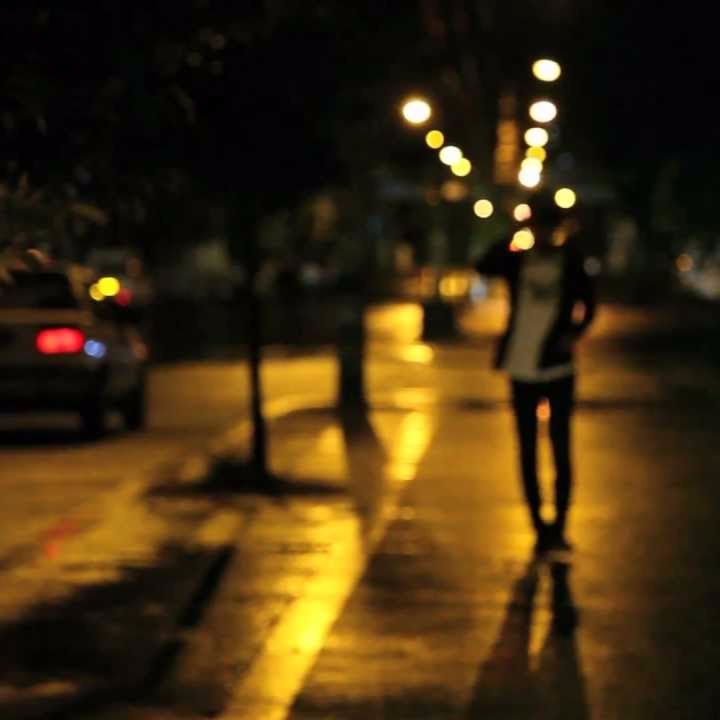 New Mexico native Michael Rogel has a touch of magic about him when it comes to producing big, banging tunes; Influenced by industrial techno and house, Rogel deals strictly in big old dance club classics.

Rogel is a pretty prolific producer too, in the last 12 months he released LP Hail Mary, a string of singles and an EP. The most recent product of this prolificy is ‘Street Night’; a track that encapsulates what Rogel is all about in just over three minutes. It is a dancefloor-ready blend of big beats, heavy bass, rickety percussion and feverish energy, combined with all manner of electronic noises, alarms, sirens and heavenly vocals. The same can be said for ‘In The Air’ albeit a more tempered take on the floor filling classics. Rogel is well worth keeping tabs one, for both the quality and quantity of his output is on point.

You can check out ‘Street Night’ & ‘In The Air’ below now.