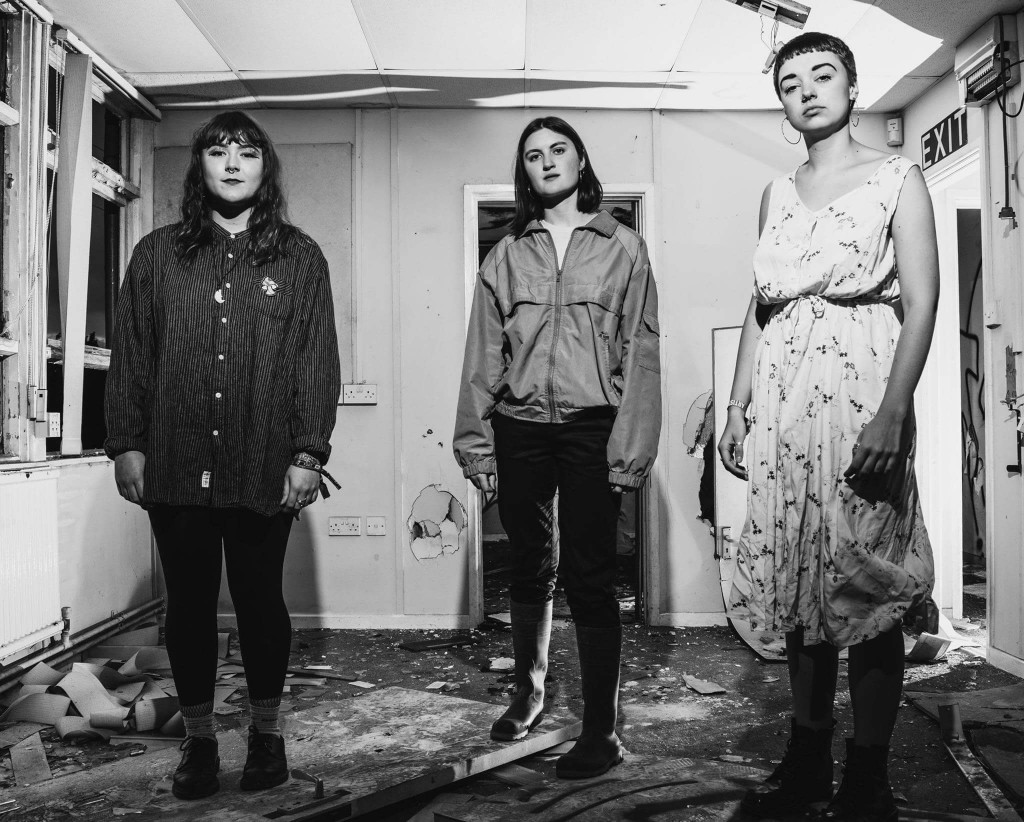 Welsh trio Adwaith introduced themselves and their experimental post-punk earlier in the year with stellar double A-side single ‘Fel i Fod’ / ‘Newid‘.

Opening with acoustic strum and tender, hushed vocals, ‘Gartref’ builds slowly, smouldering with emotion as it draws you in under its intoxicating spell. A beautifully melancholic slice of wistful indie-pop, based around minimalist instrumentation and the beautifully, mesmeric vocals; a truly beautiful song. As with all Adwaith’s songs thus far, they instinctively forge a direct emotional connection with the listener,

Oh, and that’s not all! A much anticipated debut album is due for release later this year too. Exciting times.

Out via the excellent Libertino Records, ‘Gartref’ is out now. Tune in below.

Adwaith are also one of twelve acts selected from across Wales for Horizons 2018, so expect to be hearing plenty more from them over the next 12 months. Find out more about them here.