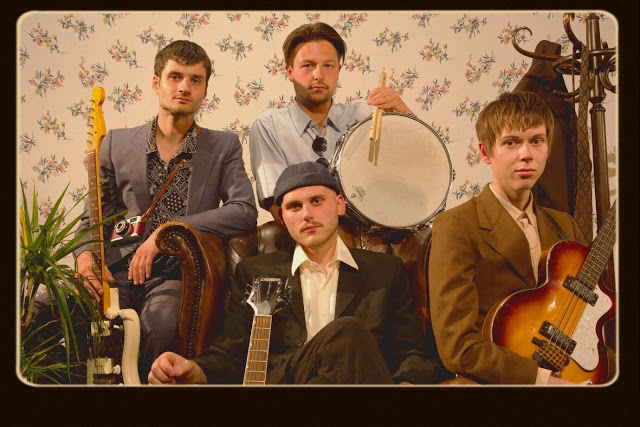 London-based jangle-pop foursome Honey Moon have shared their brand new single ‘(Why Do You Think You’re So) Special?’; their first release on Manchester label Heist or Hit.

Self-described as a “60s-styled patchwork of a tune, quilting together a bittersweet tale of romantic longing”, ‘(Why Do You Think You’re So) Special?’ might be the most lush and perfect pop song of the year. A gorgeous throwback to ’50s/’60s doo-wop and pop, it initially simmers from its laid-back loungey origins of languid guitars and lax basslines, which undulate behind vocalist Jack Slater Chandler’s proficient falsetto. With each passing moment, tripping along a lively beat, ‘(Why Do You Think You’re So) Special?’ grows in stature and scale, as it swells to climax with a spectacular flourish of brass for a grandiose finale. Before you know it, the song implodes in the grandest and most spectacular supernova!

This is grand, dreamy and escapist pop perfection in its purest form – enjoy!