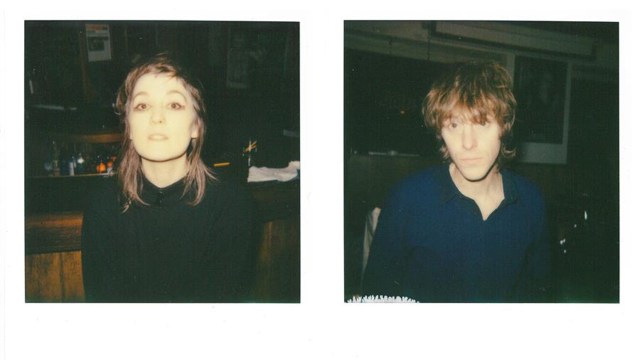 With the release of their 2015 debut, Hermits On Holiday, DRINKS arguably bamboozled as many as they impressed – with I firmly in the latter camp.

The collaboration between Cate Le Bon and White Fence’s Tim Presley, DRINKS is about as peculiar as it is marvelously creative, and absolutely magnificent. Last week, to the sound of much jubilation, the pair confirmed the release of a second album, Hippo Lite, and shared the first track from the LP, ‘Real Outside’. A mash of the jerky angularity of post-punk and the creativity of ’60s-leaning-psychedelia and art-rock, ‘Real Outside’ is instantly bananas but as it reveals itself, a mesmeric hypnotic pattern emerges. The slowly plodding, off-kilter bass-line saunters at its own pace as if it exist in its own space, time and dimension while it mingles with jarring guitars that meld into the percussion and repeated jumbled lyrical phrases. Taken separately, it makes no sense but in tandem these discordant components hum sweetly.

Individually, Le Bon and Presley are formidable artists in their own respects but together as DRINKS, they are creative tour de force.

Hippo Lite is out April 20th via Drag City – for now, ‘Real Outside’ is below for your listening pleasure.