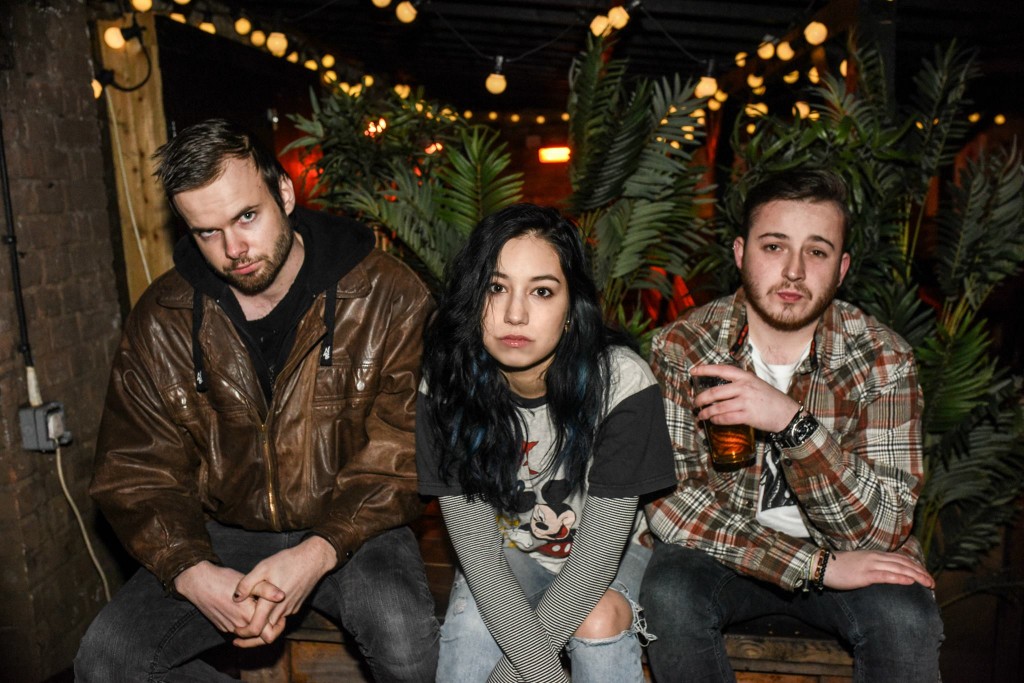 First things first, if there was a competition for the best named new band of 2017, Loco Ono would be way out in front with the shortest odds possible.

Handles aside, there are many more reasons to get excited about this London trio of Grace Zacarias, Pieter Stone & Nathan Edmonds. For one, with their ’90s inspired, lo-fi grunge hybrid, they make a hell of a convincing racket. Fuzzed-up, meaty riffs are driven by ferocious and insistent drums, all delivered with breakneck speed and electrifying intensity. There is dreamy quality too, in part due to Zacarias breathy, haunting vocals on ‘Black Hole’; and in the case of ‘Grizzly’, there’s an added dreamy feature of a ukulele interlude. Drawing inspiration from ’90s lo-fi and modern power pop, Loco Ono effortlessly blends fuzzed-up, buzz-saw guitars, catchy melodies with a fierce and fiery energy.

You can sample some choice cuts from their recently released debut EP Dog Massage, below.