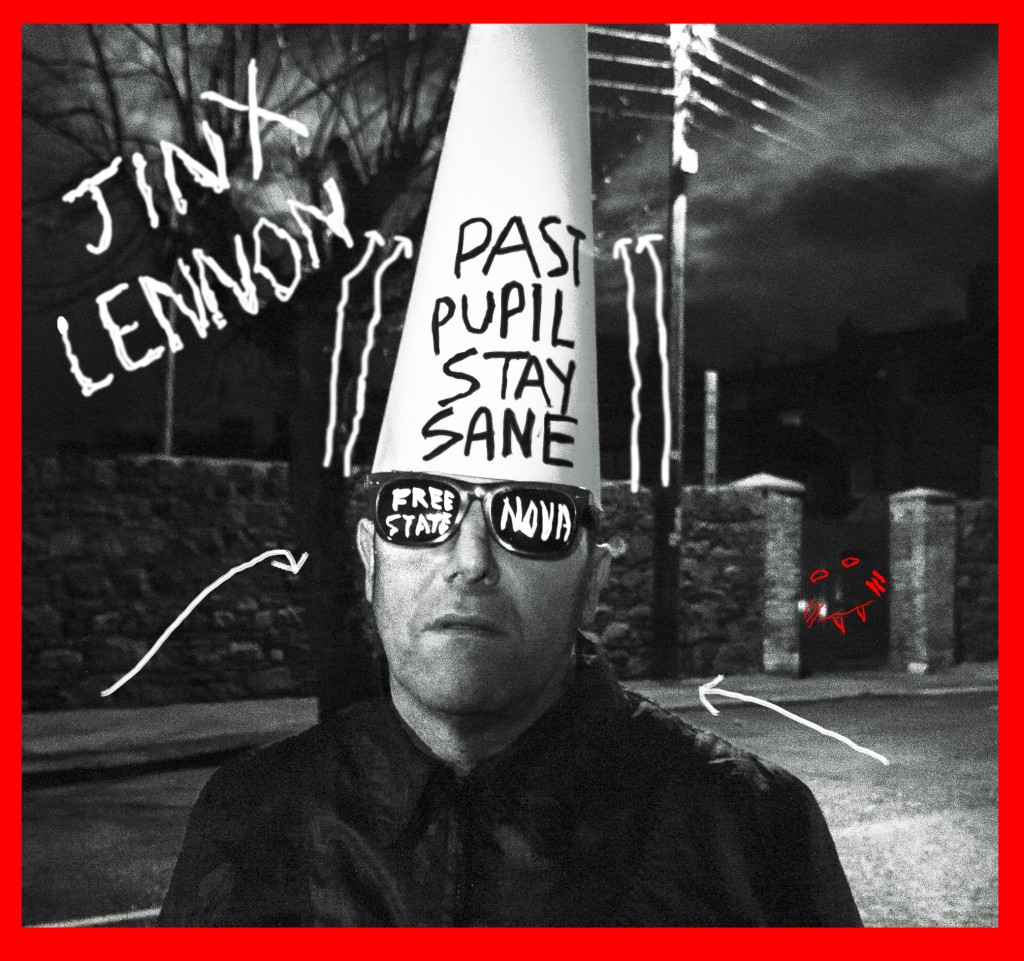 Jinx Lennon is a unique talent, a national treasure to be exact. Influenced as much by post punk and hip hop, he is the embodiment of a modern folk singer. Whether it’s played on a one string guitar or sampled disco beat, raw garage noise and blues, his are songs of raw truths that kick back against the humdrum bullshit of modern life.

Needless to say, it has been far too long since we’ve had a new record from Jinx – the last seems like a distant memory – so news of not one, but TWO new Jinx records this month, is cause for serious excitement. Recorded with Liverpool experimentalists Clinic, Past Pupils Stay Sane & Magic Bullets of Madness to Uplift Grief Magnets will be released simultaneously on October 21st. Ahead of the double release, we’ve been afforded a glimpse of what’s to come in the shape of ‘Past Pupil Stay Sane’ and it is typically brilliant and typically Jinx. His way with words and delivery is unique and backed by a steady electronic beat, synths, twangy reverberating guitar and acoustic strum ‘Past Pupil Stay Sane’ is Jinx at his very best. There’s no one quite like him anywhere in the world – brilliant as always.

Both Past Pupils Stay Sane & Magic Bullets of Madness to Uplift Grief Magnets will be released simultaneously on October 21st. For more info / pre-orders go here.