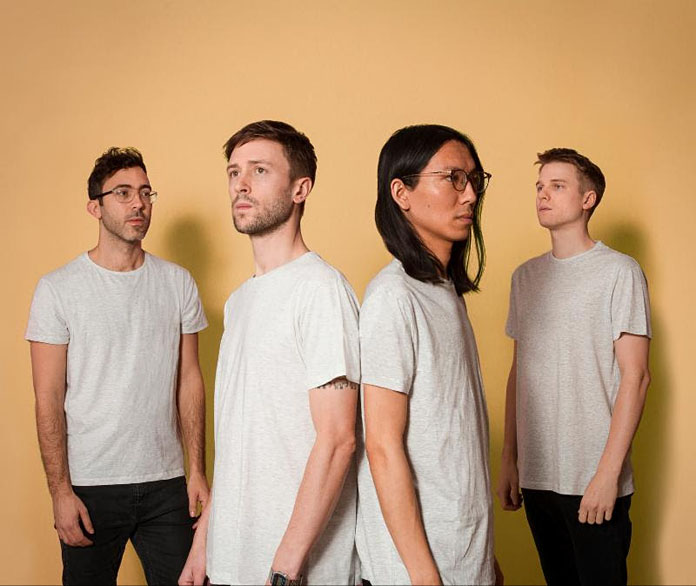 Teleman have returned! The London based quartet have shared new single ‘Fall In Time’, a sublime first taste of the band’s second album, and follow-up to their 2013 debut Breakfast.

Due out in spring 2016, it follows on from the stellar, Dan Carey produced, one-off single from earlier this year ‘Strange Combinations’. That encounter must have got the creative juices flowing, as Teleman returned to Carey’s studio, with Carey taking full production duties for the forthcoming second album. ‘Fall in Time’ picks up exactly where Thomas Sanders & Company’s debut left off. Gripping, pensive and rather somber in mood, formulated through dulled guitar tones, sparse synths and slightly sinister sense of foreboding before breaking the darkness, with a stirring bout of optimism toward the conclusion. As has been the case many times before, Teleman sweet spot between pop and indie, with a hefty dose of their recognizable psych textures, splendid crystalline pop sensibilities and consuming guitar-pop. Utterly brilliant!

More details on Teleman’s second album are still to be announced but for now, let us just savor ‘Fall In Time’. Check it and ‘Strange Combinations’ below.

Our album has been out for just over 3 months, perfectly timed for the UK to go into lockdown.
Thanks to everyone that’s bought, downloaded or ordered from your local indie shop. We really appreciate it. 🧡
🎧 Some still available here:-
https://t.co/ZaDA6v9aTL

Reply on TwitterRetweet on Twitter1Like on Twitter80Twitter
Load More...