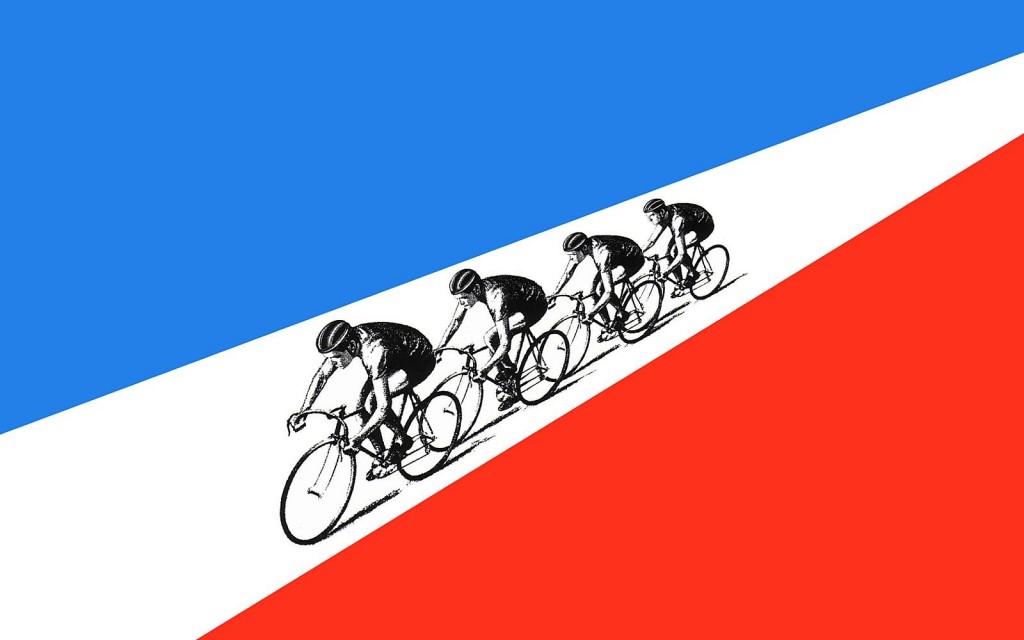 Last year Gulp, the side project of Super Furry Animals’ bassist Guto Pryce with Lindsay Leven, released their wonderfully inspired and bewitching debut record; one of 2014’s finest. This year, for the most part, the pair have been pre-occupied with recording album number two, along with the not so small matter of a busy SFA reunion schedule.

Somehow finding time, Gulp have teamed up with Glaswegian producer Julian Corrie, aka Miaoux Miaoux, for a reworking of Kraftwerk classic ‘Tour De France’. Paying homage to both the ‘Tour De France’ and the classic track, combined, they have found a perfect balance of respecting a classic, while also adding a freshness that brings it right into the 21st Century. Gulp & Miaoux Miaoux’s reworking slickly injects more aggressive, more hi-tech and beat-heavy electronics that is ultimately recognisable. Some classics should be left alone but not in this case. A fabulous and worthy re-imagination done with a touch of class and brilliance, it has been on constant rotation all summer.

Gulp are currently working on their second album, which will be released at the start of 2016. Miaoux Miaoux meanwhile, released his excellent second album, School of Velocity, earlier this year and it is out now.

Gulp vs Miaoux Miaoux’s ‘Tour De France’ is out now via Elk Records. You can stream it below.