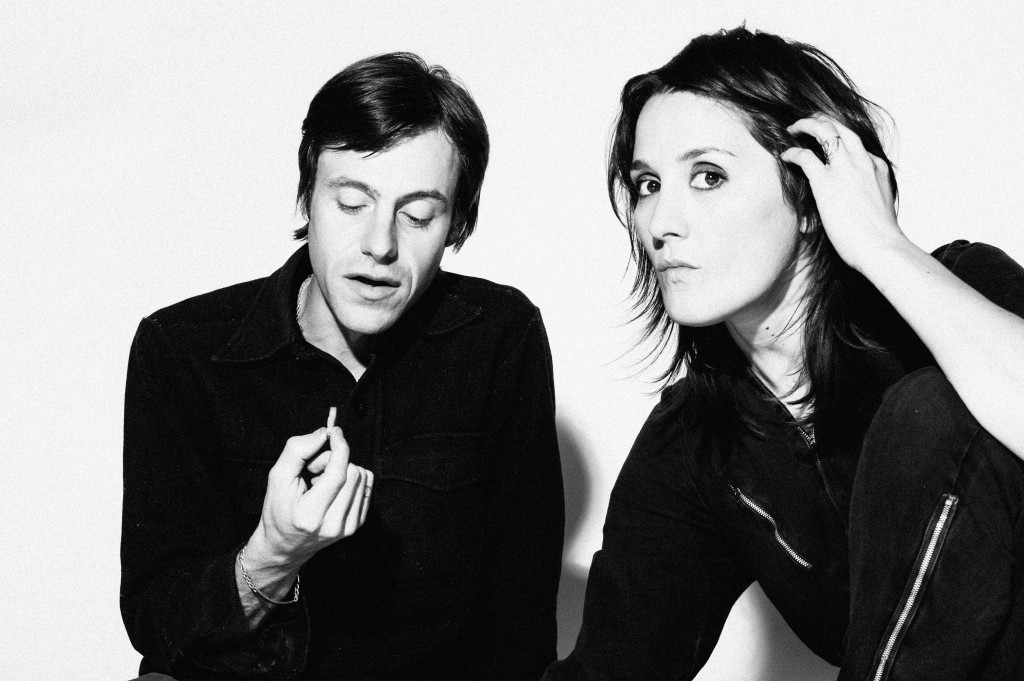 Welsh songstress Cate Le Bon is joining forces with White Fence‘s Tim Presley for DRINKS, a new collaborative project. Despite their synergistic efforts, they describe themselves “as solo project, not a collaboration. It has one mouth, one set of lungs, one mind and four legs.”

Moving swiftly away from the pedantry, the duo’s debut album Hermits on Holiday, will be released on August 21st via Heavenly Records. Ahead of the LP’s release, which is not too far away at all, we’ve got a a veritable pair of aces in ‘Hermits On Holiday’ & ‘Laying Down Rock’. Title track, ‘Hermits On Holiday’ is a peculiar (and incredibly catchy), jaunty affair with a jittery, tick-tock rhythm and led by Le Bon’s distinctly soft, supple vocals, before a mash of ragged riffs rise up, and rip it up, to see out the song with chaotic majesty. Meanwhile, Presley handles vocals on ‘Laying Down Rock’, a purposefully graceless, jerky piece of ’60s-leaning-psychedelia, driven by some tremendous riff repetition.

Who looks the majority of vocal responsibility on the album? Guess we’ll have to wait and see, but both are equally affable, no doubt about it. It is a promising start to an interesting partnership and you can hear both tracks below.