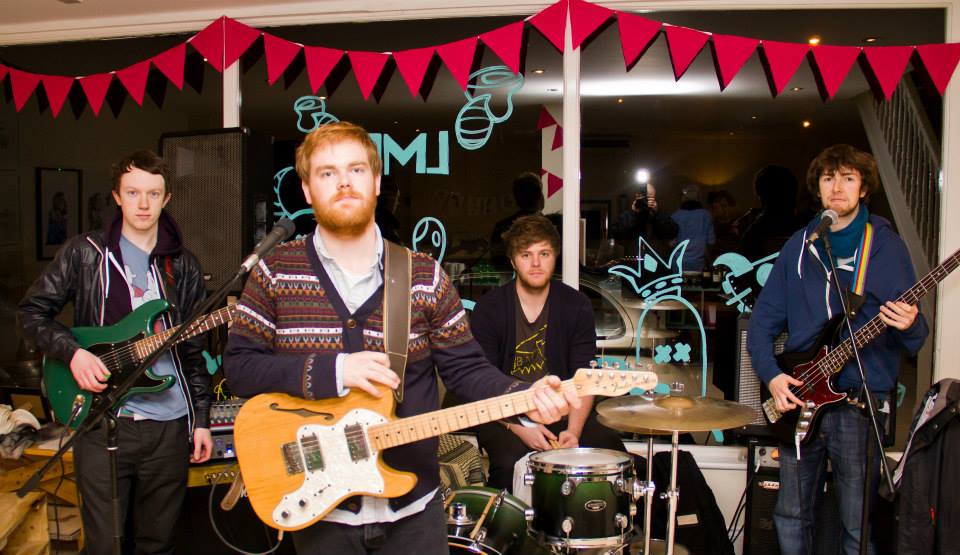 Right, that is enough waffling from me, it’s over to the Padraig McCauley of Disconcerting P to share his picks from 2014.

Angel Olsen‘s album drew my attention for two reasons: Her flawless vocals (Her vibrato is scary perfect) and her unusual song forms. All the tracks on the album have this steady flow which only seems to break when the melody changes around them, making the overall experience hypnotic and effortless to listen to. The production only adds to this sense of haze with drowning reversed guitars and tremolo’d guitars that wash around each other in the middle ground whilst Angel vocal flourishes in the fore. Its subject matter is heavy – loss and loneliness – but the experience is so beautiful it can be easy to find the merit in these experiences when music so raw and passionate can come from them. The stand-out tracks for me are ‘Lights Out’ and ‘Enemy’. Whats truly refreshing about the album is that Angel feels genuine – everything about the album feels real and authentic.

Salad Days is on par with Angels album for its honesty and genuine nature. Its seems that he really is pouring his heart out, but under the guise of this cartoon character. The effect works and I find him to be quite loveable. Mac is a smart guy – you can hear it in his song harmony, his melodies and his effortless rhyming schemes and what makes him even more loveable is that he seems determined to not let you know it – coming off as a unbeknown genius rather than obnoxious. The subject matter of the album is relatable – the constant struggle between youth and maturity. I suppose what can be take from Mac DeMarco as a character is that both don’t be exclusive. There is enlightenment to be found in the album – even if it is being delivered by a gap toothed jester – making it all the more exciting.

Oh man that groove. I love how easily this songs moves! The feel shifts so seamlessly, only adding to this shimmering glitteriness the track has. The lyrics are great too. The track is delivered with a coyness from Jane Penny that makes it so alluring. It has glimpses of other bands in it but feels unique within itself. Oh man… that groove.

While this may be a traditional tune – The Gloaming’s version is breathtaking. The whole album is unbelievably. Go see these guys. This really is musicianship at its highest and most pure.