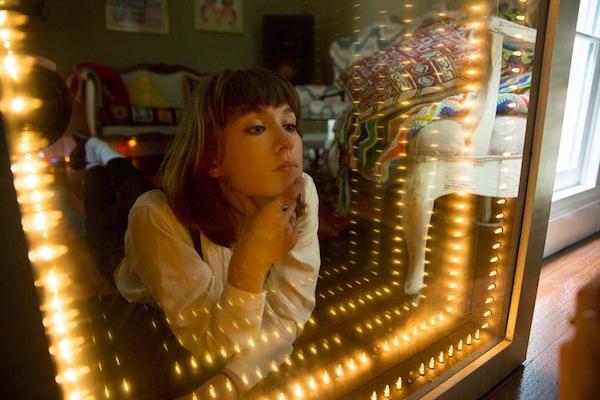 Welsh songstress Cate Le Bon has released new track, ‘He’s Leaving’, as a sort of thank you to fans after she wrapped up her touring duties during the week.

Previously unreleased, ‘He’s Leaving’ was recorded during the Mug Museum album sessions in LA and it’s hardly surprising to find some of the album’s sparkle has rubbed onto this track. As with Mug Museum, there is a sparseness to ‘He’s Leaving’, along with a cool, controlled confidence that showcases her knack for the wonderfully weird and surreal. Incredibly bittersweet, it is etched with a mournfulness as her quivering Welsh accent gently gives added life to the most touching lyrics. It is bestowed with all the wondrous majestic brilliance that made her last album an utterly bewitching, beguiling and beautiful record.

You can stream / download ‘He’s Leaving’. Cate Le Bon’s latest LP Mug Museum was released late last year and it comes highly, highly recommended. If you’re in the UK, you’re in luck as she has announced a slew of tour dates for later in 2014, see here.