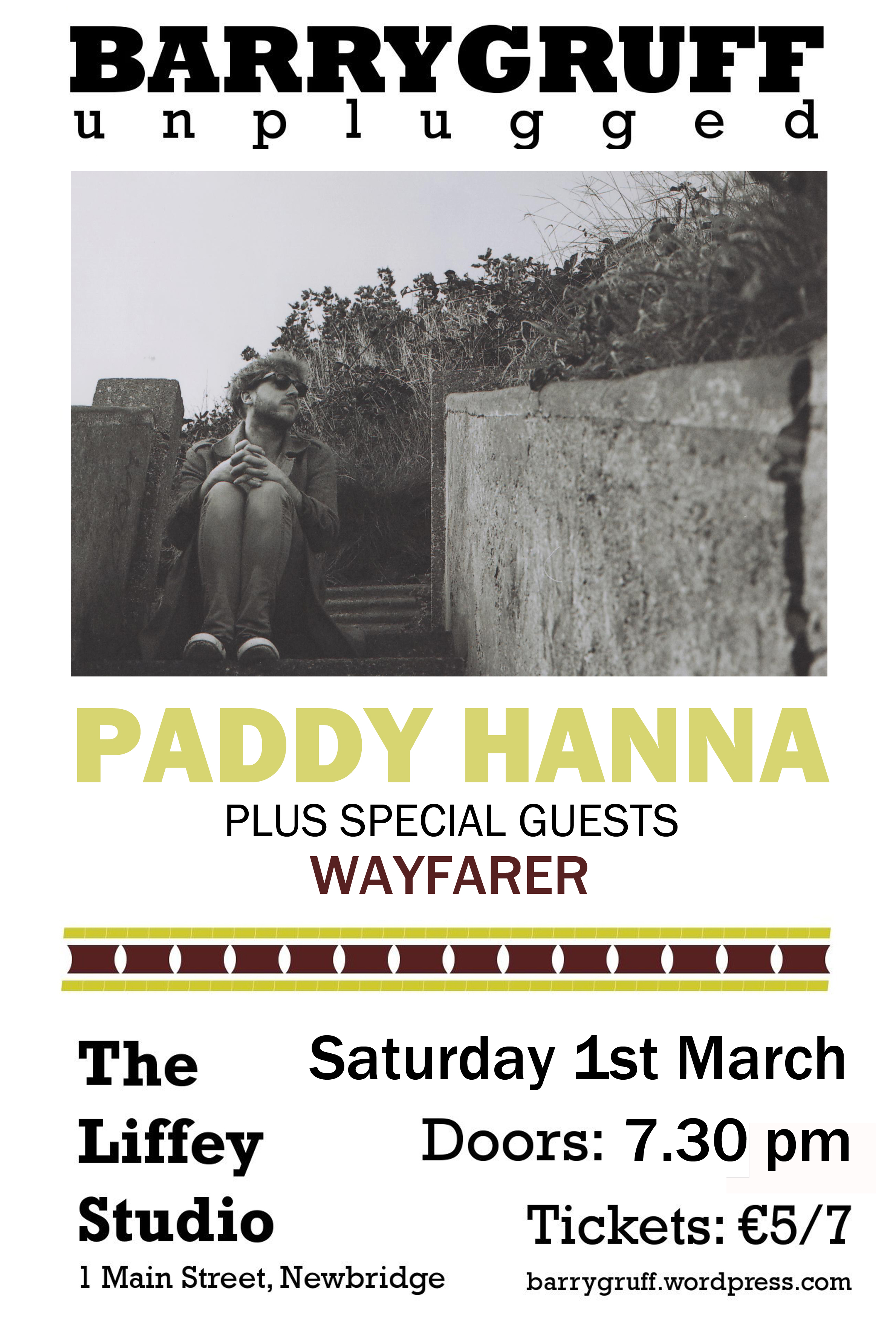 Following the success of previous BarryGruff Unplugged shows, we’re back with round #3 on March 1st. Part three looks an exciting proposition with Paddy Hanna and Wayfarer joining us in the intimate surroundings of The Liffey Studio.

The show is €5 if you book in advance or €7 on the night. The cheap list is limited so if you would like to reserve a spot, email your name to: barrygruff[at]gmail[dot]com – with ‘Cheap List’ in the subject title.

Probably best known as lead singer in Grand Pocket Orchestra and drummer in No Monster Club, this year however, Paddy Hanna has stepped out on his own, releasing his debut solo album ‘Leafy Stilleto’ and attracting rave reviews in the Irish media since its release in January. The young man from Dublin is in a somewhat more laid back and relaxed mood than before, creating a warm and well-structured collection of gorgeous indie tunes. He was brilliant at Electric Picnic and since then we’ve been working hard to bring Paddy Hanna to Newbridge, and delighted we finally got our man.

Wayfarer are folk duo Sam Devlin & Rachel Boland from Co. Kildare. The name might be familiar, having played a few BarryGruff shows, wooing audiences in the process, with their beautiful country folk sounds and alluring harmonies. They have been busy working on a forthcoming EP but thankfully found time to squeeze in a much welcome Newbridge show.