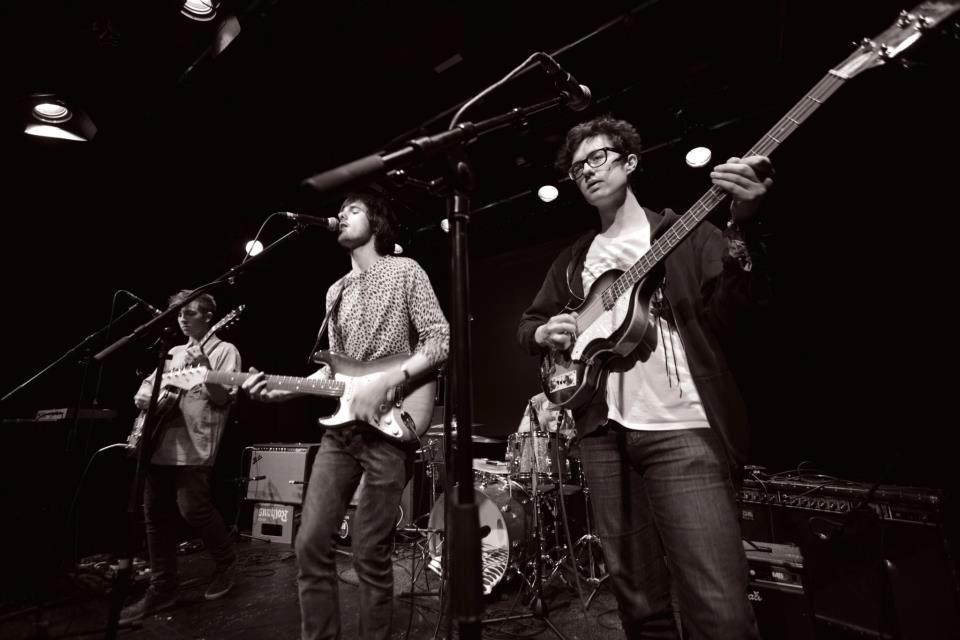 It’s not too long ago since we first dropped in on Brothers and bestowed some lavish praise on the Cardiff foursome.

Their psychedelic tinged rock ‘n roll jams were certainly a cause for excitement and worthy of praise. News has emerged that Brothers will release their debut EP in December. Good news obviously, as is the recent release of new track ‘Super Slinky’, a bridging point between their initial demos and the forthcoming EP. ‘Super Slinky’ continues to evoke ’60s rock ‘n roll and psychedelia, fusing with their own personality and style, everything the do seems to have a marvelous gloss of slight fuzz. This one just oozes ‘coolness’ as it swaggers (or slinks even) along an irresistible funky bassline, drawing you into yet another punchy, rhythmic and energetic rock ‘n roll adventure. Not to mention vocalist Joel Hurst sounds in stunning form too.

December’s not too far away now and ‘Super Slinky’ should keep us going till the EP arrives. You can check it out below & some of the previous tunes here.