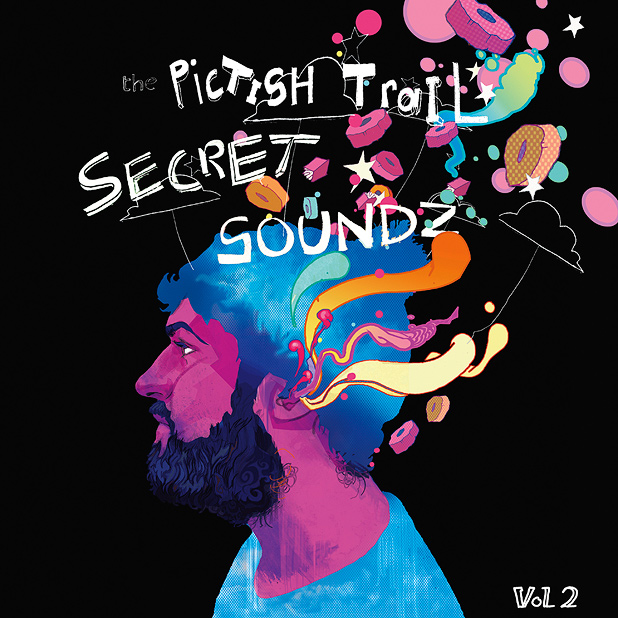 Ever wondered what the greatest album to be recorded in a caravan was? Didn’t think so, but the latest effort from The Pictish Trail, Secret Soundz, Volume 2 has to be the front runner for this, the most unlikely of accolades (if there are others, answers on a postcard please).

Touted as the follow up to 2008’s Secret Soundz, we find The Pictish Trail, the alter ego of Scottish musician Johnny Lynch, in a contemplative, often meloncholic mood, concerned with life’s ups and downs. In contrast, musically Secret Sounds is rather chipper, spurred on by a glorious melange of oddball sounds, sparks of frazzled electronics and instrumental breaks.

Opening with the bright and bouncy, instrumental electro ‘Secret Sounds #6’, this introduction is a bit misleading, it’s with ‘Sequels’ that the album kicks into gear. The oddball sounds and electronics remain but what’s clear is, they are not the focus here. They are but a platform, with Lynch’s wonderful singing voice firmly in the foreground. The premise firmly established, the album gently cascades through folk-influenced balladry and warm electronics of ‘Of Course You Exist’, ‘The Handstand Crowd’ and ‘Michael Rocket’. It is a real bag of tricks but never losing of the balance between curiosity and melancholic it is interspersed with equal doses of both.

Although a sequel, one doesn’t need to need to be acquainted with it’s earlier sibling. As a stand alone record it is magnificent record; warm, inviting and full of charming quirks from an artist of genuine exceptional talent.