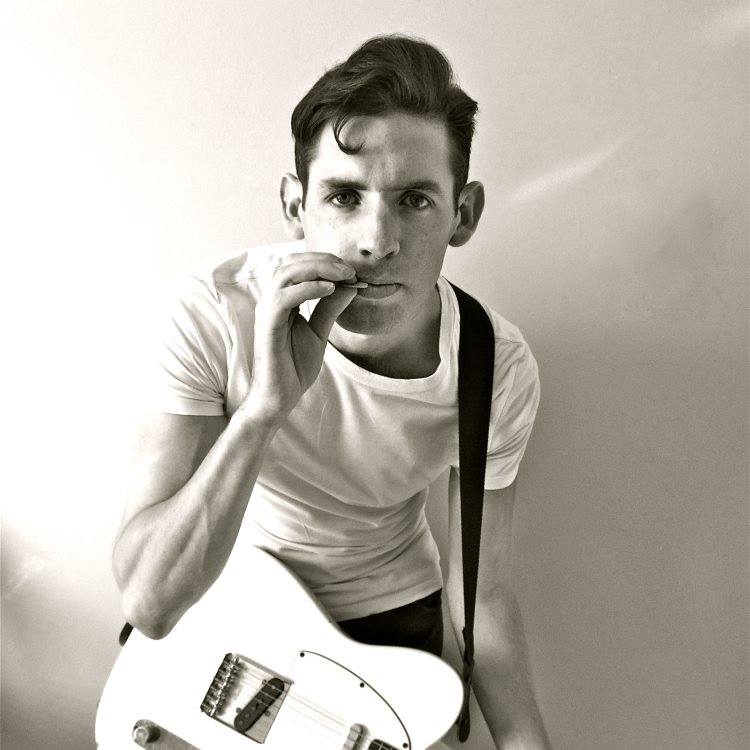 Sean OB – aka Sean O’Brien – is a songwriter, multi-talented musician and producer.

His name be unfamiliar but his work will not, fronting the decidedly brilliant and criminally underrated Dublin punk-ska trio Trap Door, before joining Raglans in 2012. O’Brien has now returned with a brand new project under the moniker of Sean OB. Described as “Buddy Holly meets Jamie T” – and there is some truth in that statement – heralding this project is debut single, ‘Alive’. It marks an evolution of the punky-indie sound he carved out with Trap Door. Amid the rumbling and rattling guitars of this spiky piece of punk-tinged-indie, it is O’Brien’s gripping way of telling a tale that, like before, wins the day. ‘Alive’ is an excellent intro to a project with plenty of promise. There’s an EP in the works with producer Rob Kirwan (Hozier/The Horrors) in 2017, so keep an eye out for that in the new year.

For now though, you can listen to ‘Alive’ below, and if it is to your liking, Sean is playing Whelan’s Upstairs, this Saturday, November 19th | Doors @ 23:00 & more details here.

There is no great secret of my feelings about Trap Door. The Dublin trio have been one of the shining lights to emerge in Ireland over the past 12 months.

Trap Door’s latest single ‘Wake Up’ takes their up-tempo combination of punk, folk, ska and hip-hop and douses it with lashings of energetic rebelliousness. The Finn Keenan produced video is great too and features two mischievous ol’ lads getting up to all kinds of, well, mischief. It is sure to put a wry smile on your face.

It’s going to one hell of a night w/ 3 great live performances from Trap Door, Nathan Conway & Ciarán Lehehan, a bar extension and DJ sets from Cormac Brady (SEBP), Robbie Coffey & Myself,  BarryGruff till 2am.

Dublin trio Trap Door were absolutely brilliant in The Workman’s a few weeks ago. They combine a rich mix of punk, folk, ska and hip-hop with insightful flowing and streetwise lyrics. In a similar approach of one Jamie T, Trap Door take the listener rumbustious rattle through urban life, something borne out on their excellent debut EP, Lata Town, with songs of lyrical depth, plenty of youthful lairiness and rebelliousness (download it here for free).

Accompanying them on the bill are Nathan Conway and Ciaran Lenehan. Since releasing his first album with The Bottlestoppers in 2011, Nathan Conway has been back in the studio developing an ever more sophisticated Soul and Country Music sound. Meanwhile Dublin folk rocker Ciaran Lenehan has played with the likes of Damien Dempsey, Frank Turner and Wallis Bird, brings his engaging and eloquent songs to Newbridge once again for a second BarryGruff show.

Entry is FREE as always and the show starts at 9.00pm until 2.00am in Flanagan’s, Newbridge on Saturday, June 30th. For more &  Facebook event.

Similarities with Jamie T are undeniable, they like he, take the listener rumbustious rattle through urban life, combing a rich mix of punk, folk, ska and hip-hop with insightful flowing and streetwise lyrics, complemented perfectly by rich and catchy melodies. The EP has plenty of substance too with songs of lyrical depth dealing with wasted youth, social inadequacies and a generation lost between the cracks. It is given an added bite too with plenty of youthful lairiness and rebelliousness on show.

An excellent first shot across the bow, it will be intriguing to see how they and their sound evolves. You can catch them playing in The Mezz every second Wednesday, where they are now resident.