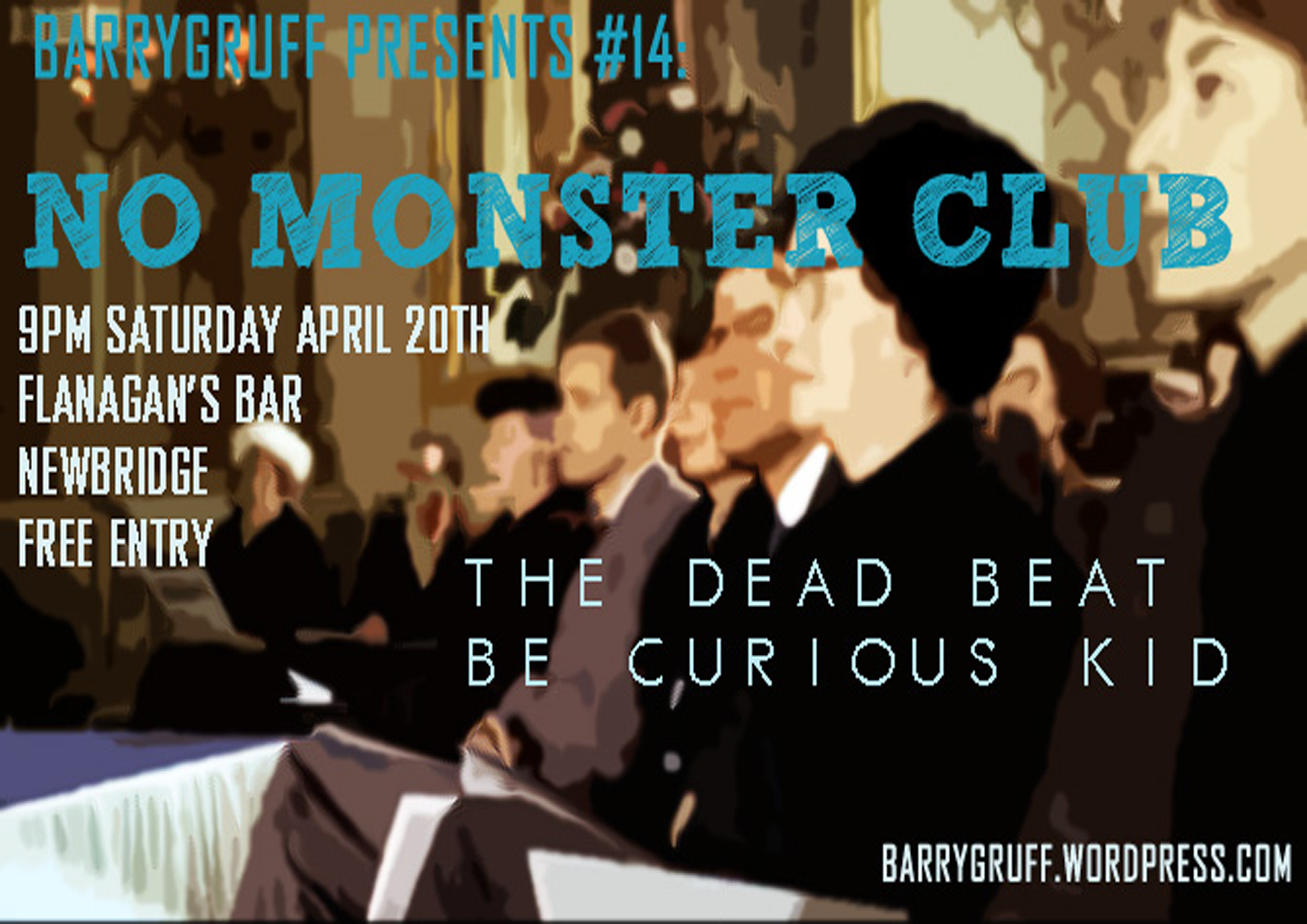 Over the course of the past 18 months there’s been some really special nights in Flanagan’s. Saturday night’s show promises to be another top night of live music with No Monster Club & The Dead Beat + Be Curious, Kid.

Dublin’s No Monster Club is without doubt, one of the finest and exciting live acts in Ireland right now. Their rough around the edges blend of surf rock/bubblegum pop/lo-fi indie has been compared to The Strokes, The Velvet Underground, The Unicorns and The Libertines and seen them share the stage with the likes of Ariel Pink, Squarehead, Wavves, Girls Names, Abe Vigoda and HEALTH. No Monster Club went down a storm the last time they were in Newbridge with We Are Losers, and this visit promises to be just as brilliant.

Fellow Dubs The Dead Beat are a four piece indie band, whose sound is firmly rooted in that classic indie sound. Far from being straightforward landfill indie, of which there is already too much; this is melodic indie/alternative rock done with a swagger and poise. The band is currently putting the finishing touches to their new EP, Your 19th Revolution, and take some time out for a first show in Newbridge. Joining them on the bill will be Kildare’s own Be Curious, Kid who has been steadily building a rep for themselves locally with their own indie-rock stylings.

It’s FREE in as usual & the show starts at 9pm. Another night of great music in prospect. [RSVP here]