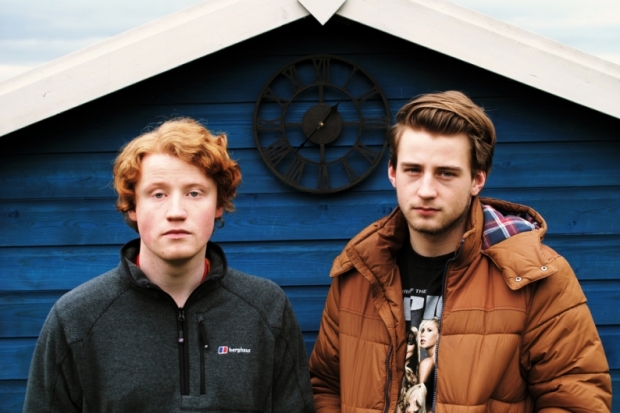 Spectrals popped up on the radar back  in 2010 with A Spectrals Extended Play, an extremely enjoyable blend of 1960s-inspired lo-fi guitar pop flirting with the punkier end of the British indie.

Where as the former was an exemplary example of velvety smooth pristine pop, the album that followed, Bad Penny, was a bit of a let down. It was loungey and felt a bit lifeless, and left a lingering feeling that it could have been so much more. That is all purely subjective of course, and pretty redundant, especially considering Louis Jones and company are back with a smashing new single ‘A Heartbeat Behind’, suggesting the good times are set to roll on. Jones’ voice is superb, his mellow Yorkshire croon takes centre stage, no longer are the vocals in the background. ‘A Heartbeat Behind’ jangles and it sways, over a rollicking guitar riffs, snapping drums and a little rockabilly flavor. It’s a really great single, and on first impressions the new LP Sob Story, sounds rather promising too. All’s good.

You can give ‘A Heartbeat Behind’ the once over below & Spectrals’ new Sob Story LP is out now.