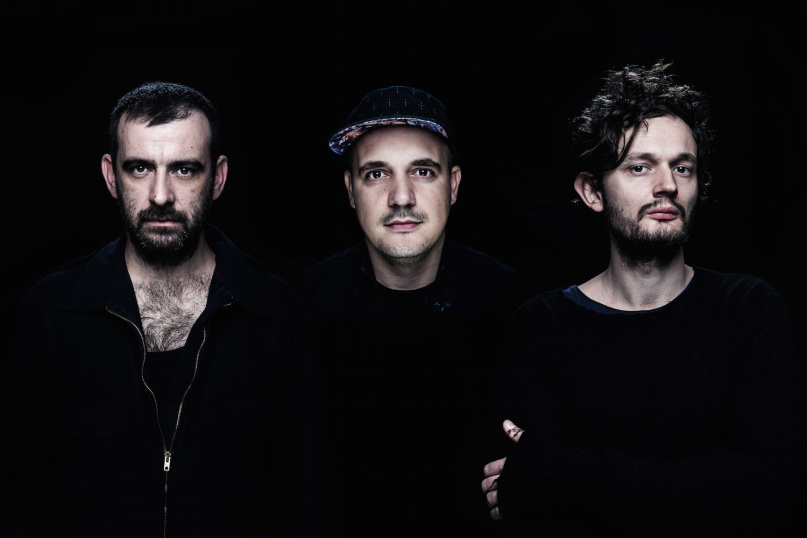 The nine-track record concludes the final installment of the band’s trilogy following 2009’s self-titled debut, and 2013’s II. Building from its minimalistic origins, ‘Reminder’ pulses with a slow, heavy and hypnotic groove, before expanding into a more grandiose, atmospheric, and altogether beautiful track. This throbbing and dynamic tune, stylistically speaking, it’s not far off Moderat’s previous LP. As well as III, ‘Reminder’ will appear on the Moderat’s a forthcoming EP of the same name. Penned for release on February 19th, it will also feature the single and remixes from Paul Woolford and Answer Code.

The trio have announced a huge amount of live dates across the globe, incl. Vicar Street, Dublin on April 6th and thankfully, Vogue Theatre, Vancouver on May 23rd. Check out ‘Reminder’ below, now: 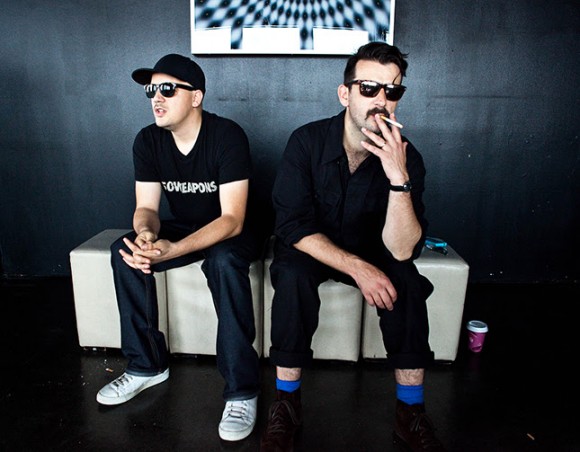 Any news that involves Modeselektor and new music is good news –  all the more pertinent being that they’ve been a favourite Electronic act over the past six or seven years or so.

Anyway, the German duo have shared their new pun-tasticly titled track ‘I’m not into Twerk, I’m into Kraftwerk’. The track is taken from Bleep:10, a compilation celebrating the 10th anniversary of UK online music store, Bleep. The compilation will feature new and exclusive tracks from an all-star cast which includes Fuck Buttons, Shackleton, Nathan Fake & of course, Modeselekor. Their inclusion, ‘I’m not into Twerk, I’m into Kraftwerk’, is a techy number with a nice fidgety bassline, bouncy rhythm and drum machine claps. This is combined with their signature playfulness, fun side and preference for packing a punch…… actuuuuuaaaally…… it’s much easier to simply put it this way: it’s that quintessential ‘Modeselektor sound’. Top quality stuff!

You can check out ‘I’m not into Twerk, I’m into Kraftwerk’ below. Bleep: 10 is out on May 5th and all the details you need are here.

Yes folks, there is only one thing on the agenda this weekend; Modeselektor are in Dublin for the Becks Vier Rhythm Weekender.

I saw Modeselektor a few years back at EP and they absolutely blew me and the rest of the crowd away. Never before or since have I witnessed a set like it, anyone who’s seen them knows what I’m talking about. It’s a full-blown sensory overload of dubstep, electro, techno, hip hop and a touch of avant-garde experimentation.

The German duo are so good; while yet to hear new album Monkeytown, previous efforts Happy Birthday! and Hello Mom were stunning. I’m really excited about this one, here’s a quick reminder of the sheer brilliance that is Modeselektor.

With under three weeks to it’s release, Modeselektor‘s Monkeytown might well be the most-anticipated record of the year.

‘Pretentious Friends’ is the first full track to surface from the German electro duo’s record. It demonstrates their more playful side with L.A. based MC Busdriver’s pretty ridiculous vocals certain to raise a smile.

The record is out on September 30th and also features appearances from Thom Yorke, PVT (formerly Pivot), Anti Pop Consortium, and more. Really looking forward to this, if it gets close to Hello Mom! or Happy Birthday!, it will be a classic!