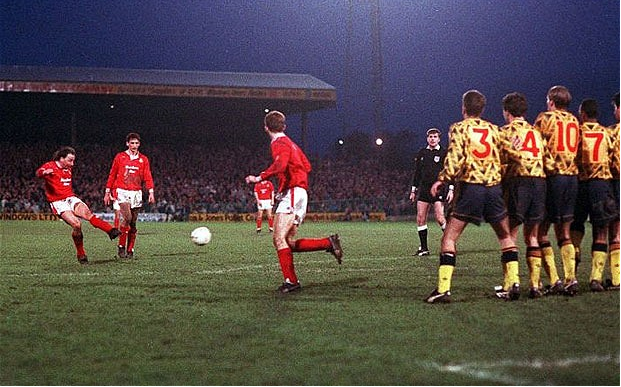 Originally published for Dukla Prague Away Kit on November 27th 2014 – where by I shared some of my favourite new musical discoveries from 2014. Pretty self-explanatory this….

Hailing from Brighton in the UK, David Harks, is a singer-songwriter who creates lush elegant electronic-pop music. Harks left quite an impression throughout 2013 with a number of beautiful, blissful and uplifting singles. The pièce de résistance of this heart-pumping, well-whisked blend of soul and pop, with electronic undertones being ‘Illusion’. Hushed, inviting and transfixing vocals float upon a beautifully warm melody. Flowering beats and percussion, usher a soft hypnotic psychedelic feel and a simply irresistible listen. Infectious, upbeat and colourful, with tender vocals, it is a soul-filled, synth-kissed, soothing sound with flourishes of warmth. David Harks’ is definitely worth some of your time and one to keep your eye on in future.

Earlier this year LA-based producer Distant Cousin released his promising and stylistically diverse self-titled debut EP. Both pensively cinematic and reflective, it delves headlong into a textural depth that goes far beyond the constraints of one single genre. Done with majestic progression, he paves a winding path through a chilling hinterland of electronica, techno and even hip-hop. Of which, ‘Floating/Above Nothing’ is a perfect example of this exemplary touch. Opening in bubbling slow-burning fashion, the murky origins are expanded upon by hazy chants, swirling synth and subtle melodic embellishments. Chugging relentlessly toward a deep and mysterious well of rich sounds, then bang, we have lift off. A heavy bassline and mutating synthwork laid over a thick bed of bristling percussion as the euphoric underbelly comes to the fore, only relenting to allow the poignant spoken sample ring through. Utterly captivating beat and synth work. Exciting times lie ahead.

“With every rumbling note their music proves ever more captivating and palatable..”

Admittedly formed close to two years ago, their charms having remained elusive (to me anyway) till January of this year, a discovery I’m all the better for. The trio’s rough, ragged and somewhat abrasive sound borrows from an earthy mix of garage rock, indie, pop and some local guitar flavours. To date they released two EPs Oh! & Ho!, and this year’s super spilt release with Me and My Dog. Taken from the latter, ‘Tidy Is’, a rollicking indie rock number with crashing drums and rumbling guitars, pretty much captures the essence of this band. With every rumbling note their music proves ever more captivating and palatable, as it screeches and howls harmonically as the sheer thrashing nature rings through. Bands of this ilk are relatively rare commodity Ireland and rarely are they so utterly fuckin’ brilliant, which is all the more reason to treasure them. With a debut LP on the horizon they’re one’s to keep an eye out for in the new year. Listen here.

“Hurled together with exuberant bursts of energy, and a sheen of poppy harmonies..”

Fusing a predilection for fuzz pop, with parts surf-rock, slacker indie and some garage punk nuances to create fun filled blasts of sub 3 minute, easy to listen to tunes. There is a real spontaneity and energy to their sound; a theme running throughout their dedut LP Islander. It kind of feels unrehearsed and unplanned as it goes where feels right without putting a single foot wrong, with ‘Return to the Sea’, ‘Islander’ and ‘Empress’ are exemplary exponents of this prowess. Hurled together with exuberant bursts of energy, and a sheen of poppy harmonies, melodies, catchy hooks and some stunning organ work (an intrinsic part of their sound), and you’ve got yourself absolute joyous amalgam of sounds that lives in the moment. Quite simply one of the finest things crafted in Wrexham since Mickey Thomas’ free kick against Arsenal in ’91. Listen here.

“There is a scrappy imperfection and absence of glossy production..”

They’ve a certain penchant for the past and sound as though they were raised on a steady diet of ‘6os rock and roll and garage bands. They’re a rock ‘n roll band, plain and simple. To date, they’ve released one EP, Atomic Cosmosaurus, recorded in the drummer’s shed, it’s filled with lively and stomping gems of the fuzzy, garagey variety. These scratchy, rough and ragged home recordings are endearing in their unique imperfection, and pleasing to the ear and an eminently repeatable experience. While there is a scrappy imperfection and absence of glossy production to their sound, the execution is tight, as any number of examples from the EP are testament to – from the bashed kickdrums and turbulent guitar riffs of ‘Won’t Go Far’ to the slinking swagger of ‘Try [Try, (Try)]’ or stomping retro-fitted rock ‘n roller ‘All The All The Whiles’. Combining a clever use of great riffs, driving rhythms and catchy hooks and melodies, The Careers have struck an incredible balance between sounding familiar, yet wholly original at the same time. Hopefully we’re hearing more from them soon. Listen here.