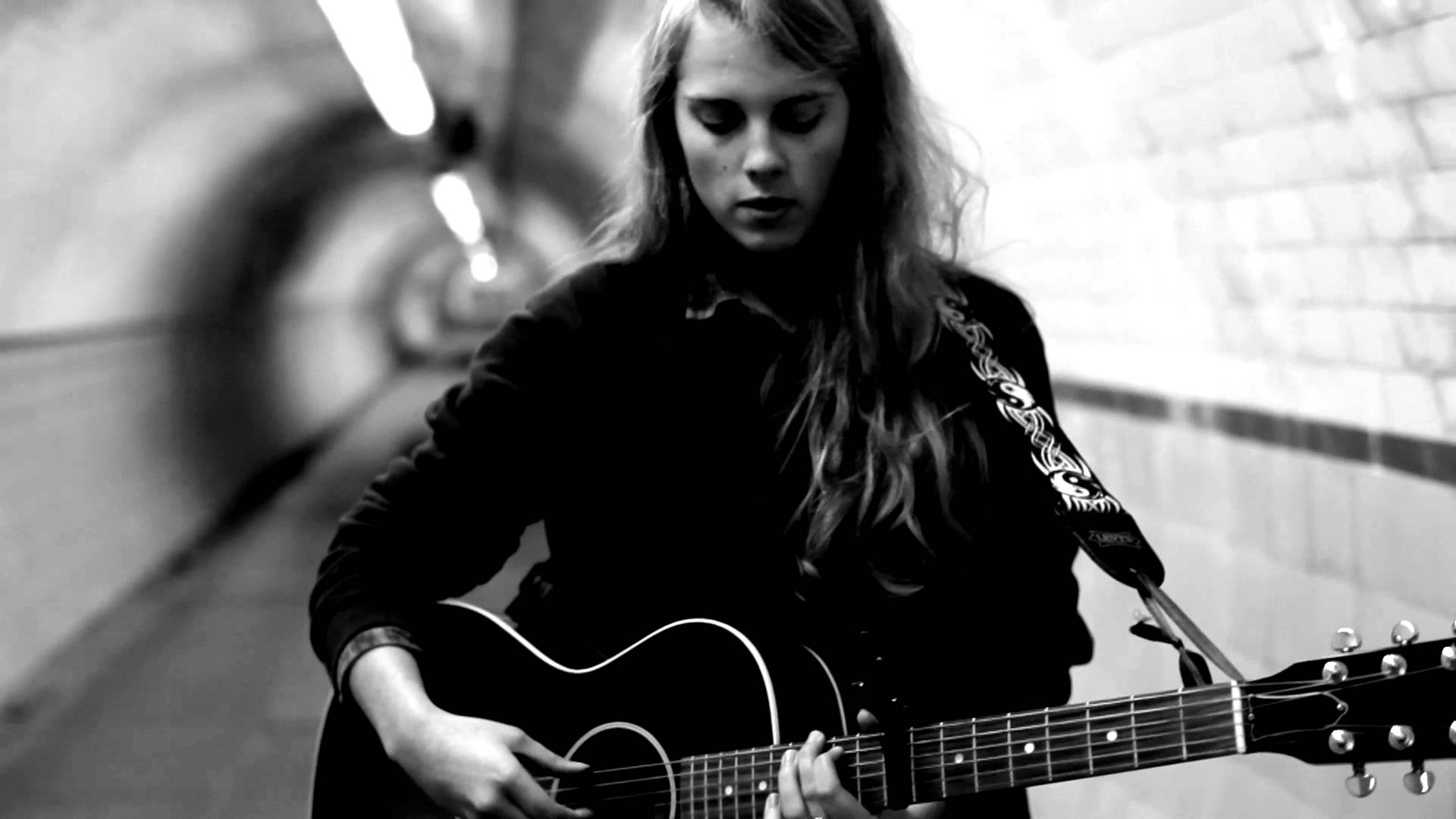 We were given a first taste of what to expect from the highly anticipated debut album* from Marika Hackman, We Slept At Last, with its first single ‘Drown’ back in October, and now to stoke the fires of interest further, it has been given the visual treatment.

The single itself is characteristically eerie and sort of rustles and flickers in the darkness, muffled drums and delicate strum create a suitably haunting ambience for Hackman’s whispering soft vocals to beguile us. It is this underlying layer of darkness which is eked out further to quite grim and unnerving proportions on the new video, as the songs title is taken literally. Unsettling it may be but visually it is pretty stunning. We Slept At Last will be released on February 16th 2015 and ‘Drown’ is timely reminder of her remarkable songwriting prowess, naturally intertwined with her captivating vocals. For someone still in the dawn of her career, she’s already got a pretty a tasty back catalogue to her name, of which ‘Drown’ is as good as any. It goes without saying but her forthcoming debut full length is one to keep your eyes peeled for in the new year.

You can check ‘Drown’ below and you can pre-order We Slept At Last here.

*Debut album proper following on from here splendid ‘mini-album’ The Iron Taste in 2013. 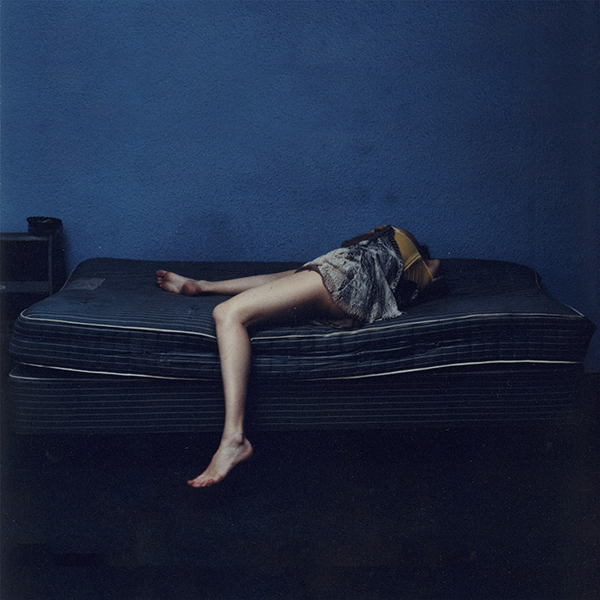 Folk songstress Marika Hackman has shared the first single from her forthcoming album, We Slept At Last, a much anticipated follow-up to her splendid 2013 mini-album, The Iron Taste.

Her latest offering, ‘Drown’, is a stunning reminder of her remarkable songwriting prowess, naturally intertwined with her captivating vocals. Characteristically eerie, ‘Drown’ sort of rustles and flickers in the darkness, muffled drums and delicate strum create a suitably haunting ambience for Hackman’s whispering soft vocals to beguile us. For someone still in the early days of her career, Marika Hackman has already amassed quite a tasty back catalogue, of which ‘Drown’ is as good as any that have preceded it. It goes without saying but her forthcoming debut full length is one to keep your eyes peeled for come February next year. 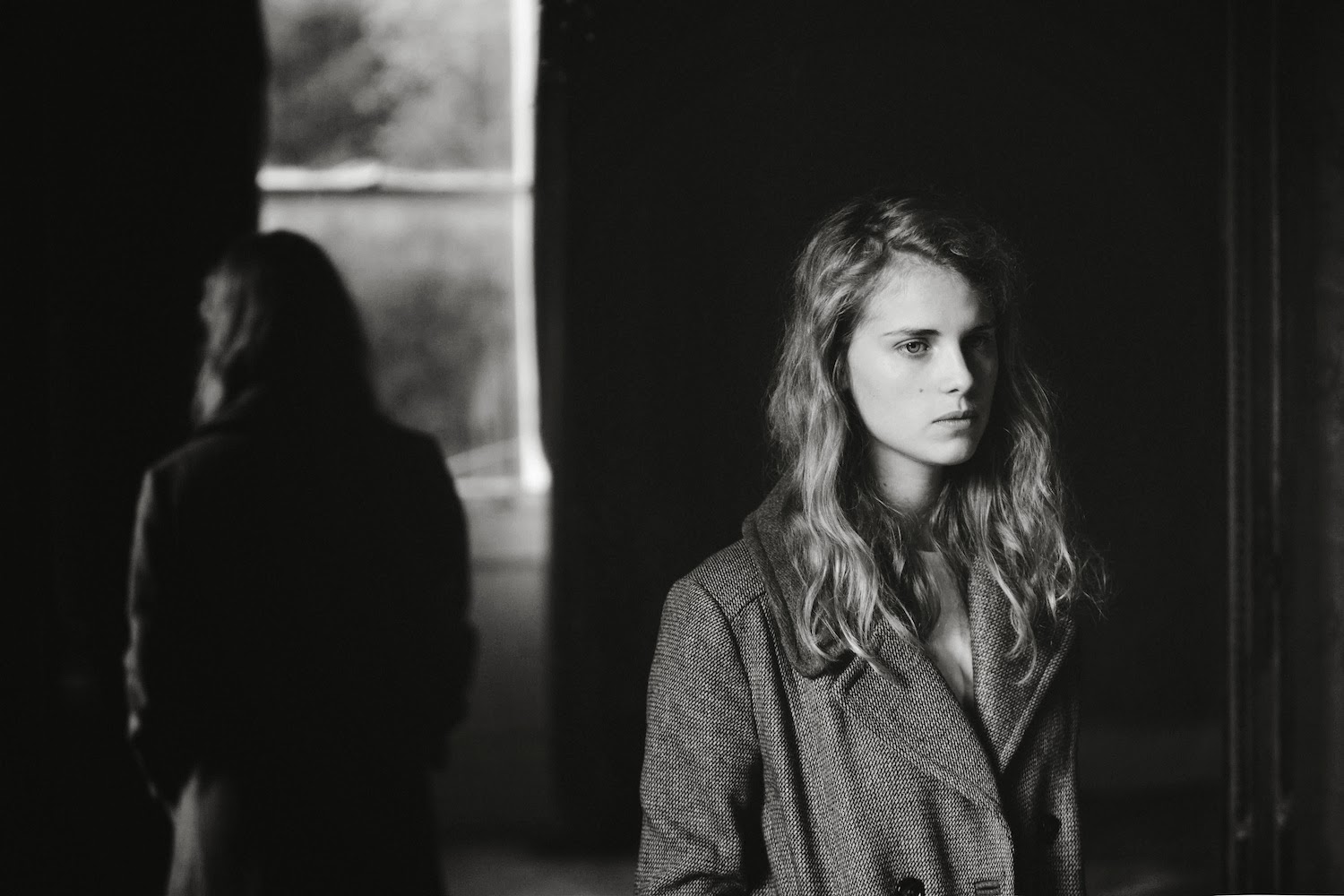 If anyone out there harbored any doubts concerning Marika Hackman‘s talent, new offering ‘Deep Green’ should dispel them once and for all.

New single ‘Deep Green’ follows on the heels of last years mini-album, That Iron Taste & Sugar Blind EP, and she has conjured up another wonderfully ghostly and dark folk song. ‘Deep Green’ manages to retain the haunting, fragile beauty and  predilection for the morose and gloomy, that marked her earlier releases, whilst delivering something altogether more intense and ghostly. Driven by haunting wails, tribal percussion and a rather unnerving sample in the background; Hackman’s quietly foreboding tale unfolds, with her fragile voice still her finest asset. There’s tranquility in this spectral landscape she creates, but it’s a broody calm fraught with neurosis of deep green water. There’s a dark allure to this one, and one that’ll have you hooked. 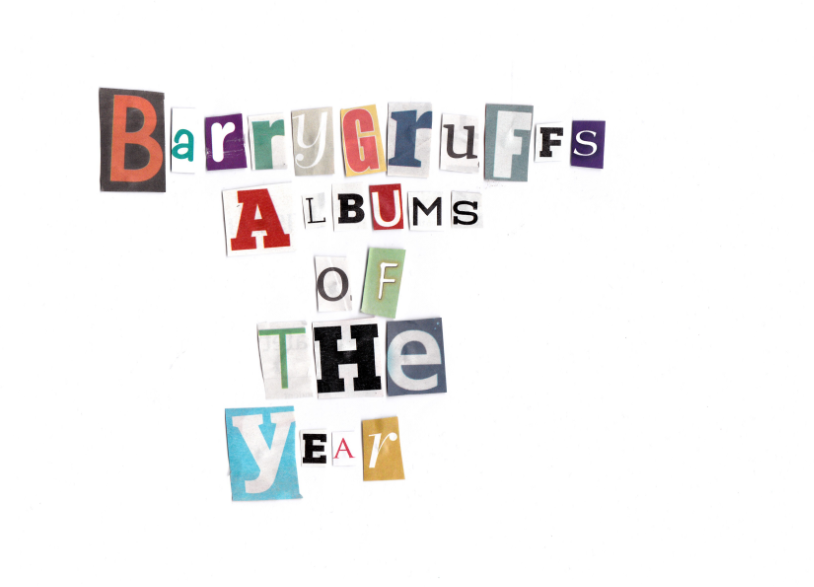 It’s that time of year once again when every music blog, website and magazine busy themselves with list making activities, and this blog is no different. Due to other commitments this year, especially the second half, it was rather difficult to keep on top of album reviews for the blog. Saying that, I reckon I’ve listened to as many records as any other year without finding the opportunity to share my thoughts on many of them.

Without further ado, here’s the BarryGruff ‘Albums of the Year’ for 2013.

18. Veronica Falls – ‘Waiting for Something to Happen’

A collection potent songs of enigmatic beauty, That Iron Taste is a gorgeous and charmed introduction to the delectable talents of Marika Hackman. It is done so with a striking vocal delivery, sounding both wise and beautiful, imbued with a telling level of touching emotion. She channels something beautifully rich and dramatic in telling these rather dark poetic stories. Absolutely no substandard happy-clappy folk pop nonsense on show here, on the contrary, her debut (mini) album is quite frankly a haunting, numinous experience.

Most likely the greatest album to be recorded solely in a caravan, Secret Soundz, Volume 2, is the second LP from The Pictish Trail, the alter ego of Scottish musician Johnny Lynch. Throughout the LP, he’s in a contemplative, often melancholic mood, concerned with life’s ups and downs. In contrast, musically Secret Sounds is rather chipper, spurred on by a glorious melange of oddball sounds, sparks of frazzled electronics and instrumental breaks. A magnificent record; warm, inviting and full of charming quirks from an exceptional talent.

Ireland produces plenty of great bands but where it falls short, of say our Welsh neighbors, is when it comes to indie bands of the weird and wonderful variety. In Biggles Flys Again, the moniker of Conor Deasy, we’ve got a domestic talent flying that flag. Biggles’ debut album Remember Saturday displays real talent for 3 minute pop gems. It is brimming with enchanting and whimsical good old fashioned pop songs, filled with sinuous melodies and organic arrangement. This is pop in the old fashioned sense, played by a band, and with an assured sense of style.

Since the release of his debut in 2006, Akala has proven himself as one of the most articulate, intelligent and talented MC’s around, a trend continued on his fourth LP. A potent wave of righteous fury crashes through The Thieves Banquet. The world is beset by many problems, varied and plentiful they may be but Akala manages to take plenty of them head on. He remains passionate, focused and sharp when tackling everything from a sense of powerlessness to change things, to berating imperialism,  slavery, capitalists, 3rd world dictators and the clergy. A very fine record indeed.

END_OF_DOCUMENT_TOKEN_TO_BE_REPLACED 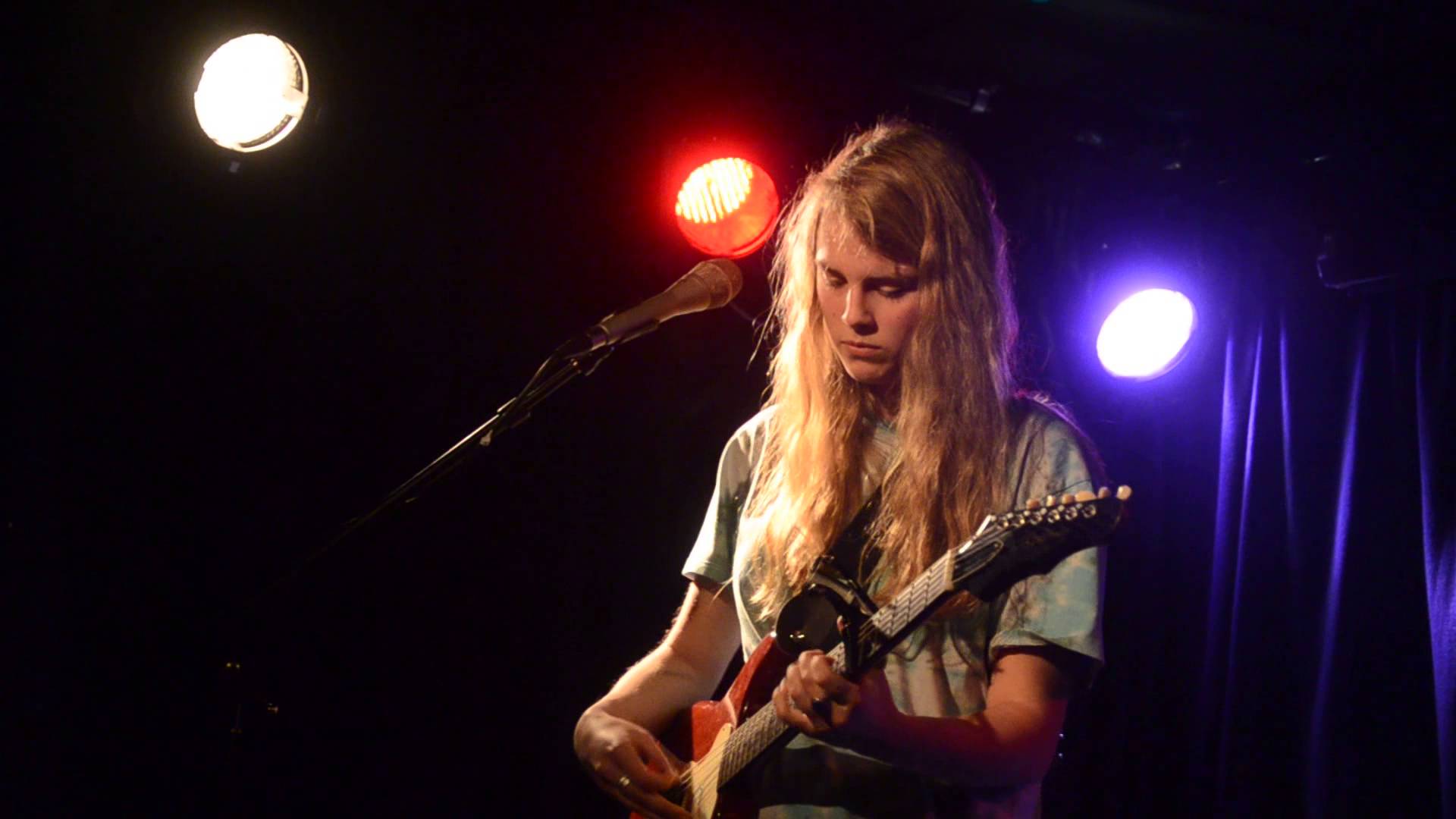 Marika Hackman is back with a new track ‘Cinnamon’, taken from her forthcoming EP, Sugar Blind.

Building on the triumph that was her debut mini-album, That Iron Taste, the new single suggests that whatever the hype surrounding her and her music, it is entirely justified. ‘Cinnamon’ offers something a little different to what we heard on That Iron Taste. A combo of slightly ominous percussion and imaginative arrangements prove that when she chooses to supplement her songs with more than just her trusty guitar, she can do it with style. Although the power and purity of Hackman’s vocals remain the undeniable focal point and adds a certain flickering warmth to the song. There is something so beautiful about Marika Hackman’s music, she’s got such a knack for drawing out emotion without overcooking the song. Anyone who saw her open for Johnny Flynn in Whelan’s last week will testify to this.

You can give ‘Cinnamon’ a listen below, ahead of the release of Sugar Blind on December 9th. Also, if you haven’t yet heard That Iron Taste, there’s no time like the present [Spotify|Deezer].

We’ve been on the receiving end of a deluge ‘new folk artists’ in recent times. In reality, by and large, they have been purveyors of substandard happy-clappy pop, with a few notable exception of course. Marika Hackman is one of the latter and a welcome respite from the mundane.

Hackman’s songs are potent and beautiful, her voice is strikingly, powerful and pure. With the release of her mini album, That Iron Taste, only around the corner (out February 25th), she has unveiled two intimate acoustic videos for ‘Bath Is Black’ & ‘Mountain Spines’ . Both of these tracks feature on the forthcoming release but more importantly, they are two astonishing songs in their own right. An introduction, if one were needed, to the wonderful talent of Marika Hackman.

Check out ‘Bath Is Black’ & ‘Mountain Spines’ below. That Iron Taste is out on February 25th through Dirty Hit, one for the diaries.

We were introduced to Marika Hackman and her beautiful potent folk songs earlier in the summer. Now, with the release of her debut double A-side ‘You Come Down’/’Mountain Spines’ fast approaching, September 3rd in fact, Marika Hackman has unveiled a bewitching video for the haunting single ‘You Come Down’. Filmed in an abandoned house in Dorset, complements the song’s eerie character perfectly.

No substandard happy-clappy folk pop nonsense on offer here, the double A-Side provides an excellent introduction to what Marika Hackman is all about

We have suffered something of a deluge ‘new folk artists’ from Britain in recent times. In reality, by and large, they have been purveyors of substandard happy-clappy pop, with a few notable exceptions of course.

One such exception is London singer-songwriter Marika Hackman, whose folk style will undoubtedly see comparisons to Laura Marling. These are potent songs of enigmatic beauty with a striking vocal delivery, sounding both wise and beautiful, imbued with a striking level of touching emotion. She’s been working with Johnny Flynn and Adam Beach from the Sussex Wit to produce the double A-Side ‘You Come Down’ and ‘Mountain Spines’.

The double A-Side provides an excellent introduction to what Marika Hackman is all about and is released on September 3rd. Marika Hackman will also play a couple of Irish shows in late October/early November.

Marika Hackman – You Come Down