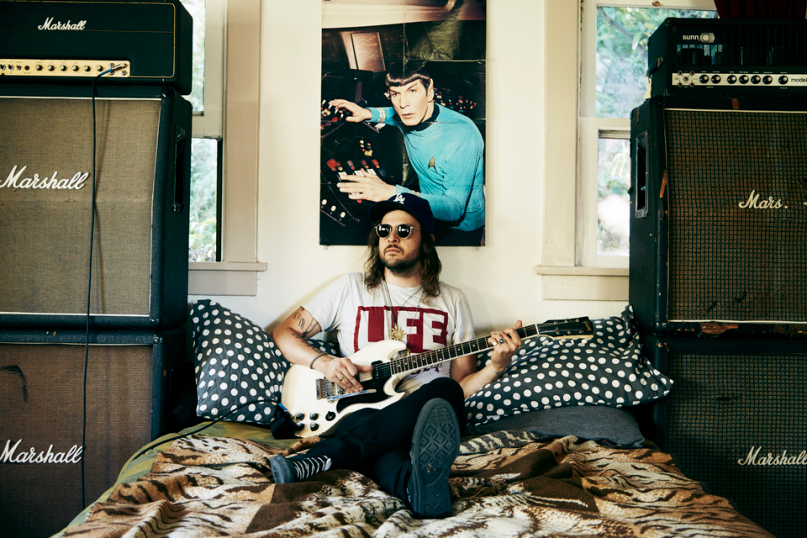 California outfit King Tuff, the brainchild of Kyle Thomas, has announced a third studio album entitled Black Moon Spell, will be released on September 23rd via Sub Pop Records. It serves as the proper follow-up to his 2012 self-titled album.

Ahead of the album’s release of the forthcoming LP, King Tuff has graciously presented us with the title track, ‘Black Moon Spell’, and it’s a full-blooded rock ‘n roll monster. Revolving around a brain-obliteratingly brilliant riff, which swells and swerves to carve through a blanket of instrumental noise, distortion. As do Thomas’ vocals – clean, nasaly and channelling his inner T-Rex (as in Mark Boland) – thee finds some way through the heady blitz of noise, encompassing swirling guitars, psych-pop, glam, garage and classic rock-inspired leads. A total beast of a tune, which you can get a load of below and Black Moon Spell of the same name is out September 23rd. King Tuff is the brainchild of Kyle Thomas, lead vocalist of the J Mascis side project Witch and  Feathers. A musical oddity to say the least, apparently this project began life as something of a parody.

Whatever the case he’s got a certain penchant for resurrecting ’70s glam, garage rock groove, with great style it must be said. ‘Hands’ is a case in point, wrapped in upbeat sunny rock riffs, it is the newest entry in Scion’s A/V Garage 7 inch split series along with The Hex Dispensers‘ Ramones-eque ‘Agatha’s Antlers’.

The occasion also presents the opportunity to share ‘Kind of Guy’, a real gem smothered in Them era Van Morrison aesthetics which was lurking over on the ever incredible Red Threat. Check it!

You can stream and download this King Tuff/The Hex Dispensers split for FREE below.