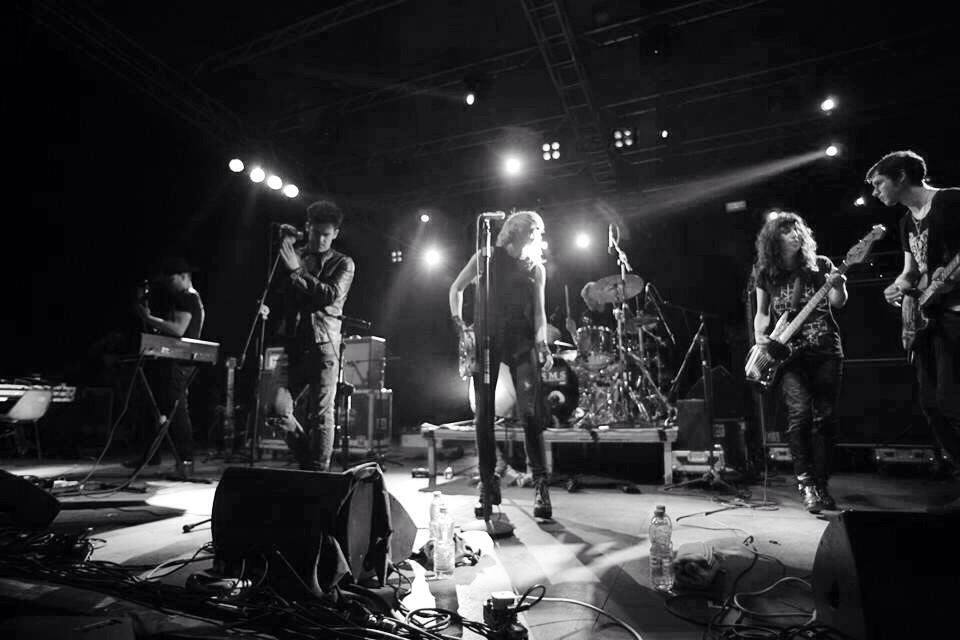 It’s been almost two years since Dark Horses released their brooding, haunting and shadowy debut LP, Black Music. ‘Live On Hunger’ suggested the intervening time has done little to abate their predilection for shadowy darkness, but introduced a greater sense of urgency and anxiousness – something ‘Saturn Returns’ confirms. Once again they have turned to Richard Fearless (Death In Vegas) for his production wizardry and Fearless’ stamp clearly discernible from the opening drone as it spirals away. ‘Saturn Returns’ is an urgent, catchy, and irresistible blend of burning and anxious post-punk, with flourishes of psychedelia and shades of Krautrock in its eternal groove. Driving guitars and percussion are embellished with layers of noise echoey psychedelic reverberations, floating transcendental synths and pulsating electronics. It could sit quite nicely alongside some of Fearless’ own work, or David Holmes’ masterpiece, The Holy Pictures. Irresistibly stunning stuff from Dark Horses.

You can check ‘Saturn Returns’ out for yourself below. Dark Horses’ second LP, Hail Lucid State, is due for for release on August 26th via Last Gang Records.

Brighton’s Dark Horses have been in the studio with Richard Fearless of Death in Vegas working on their debut album, Black Music.

The album’s lead single is ‘Alone’ is a slice of brooding, bass-driven indie with some rather dark overtones, which sounds both intimate and complex – sometimes at the same time. ‘Alone’ and ‘Boxing Day’ serve as a taste of what’s to come from their debut album, which is brilliant by the way, but more on that later.

‘Alone’ will be released on October 22nd, with their debut album Black Music following on October 29th.