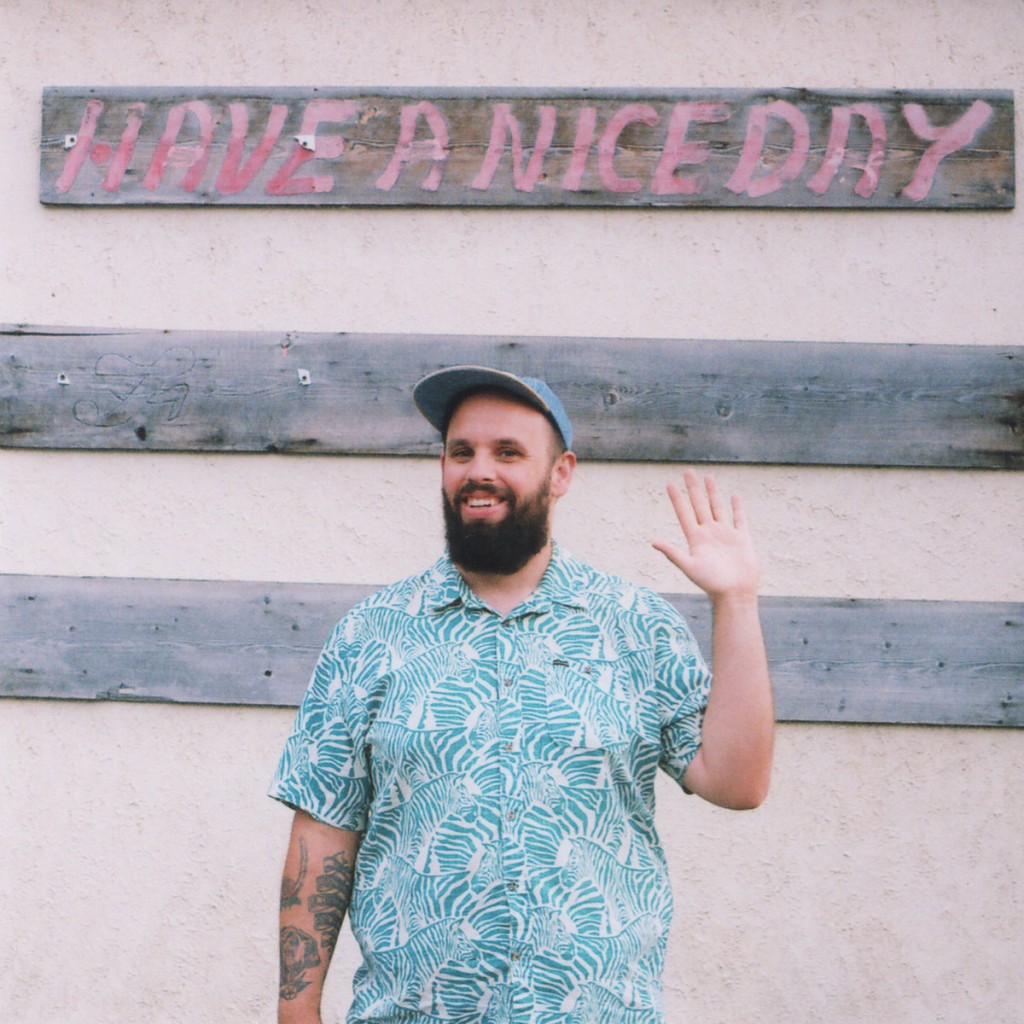 Canadian musician, singer-songwriter and The Burning Hell member, Nick Ferrio is set to release his new solo album Have a Nice Day on before the end of September.

Earlier this summer Ferrio offered a sample of his wares with the unforgettable ‘I Don’t Know How Long’ with its irresistible melody and fuzzy riff-filled ’60s garage rock vibes. With the release date for the new record closing in, Ferrio has served us with another tasty taster of the new record with new single ‘How Will I Know’. It is a philosophical song, with Ferrio pondering his relationship with music and why he is drawn to make it. The result is a beautifully written song revolving around an irresistible, timeless melody and a brimming sense of inward sought optimism that will land ‘How Will I Know’ in your head for days on end. It is a super-catchy blend of indie-rock with folk flavours (like Tom Petty meets Arcade Fire) as Ferrio airs his experiences of being in a band, in Canada, which, in the wintertime especially, he says “isn’t playing music but it’s the day to day activities – driving, driving, eating, sleeping and more driving. I think the secret is finding joy in those activities that makes the choice to be a musician worthwhile. I mean, I could’ve picked a normal job, but where’s the fun in that?”

It is yet another incredibly catchy and melodic delight – while saying something purposeful and meaningful.

Listen to ‘I Don’t Know How Long’ below. Ferrio’s new album, Have a Nice Day, is out on September 28th. Pre-order it on Bandcamp. 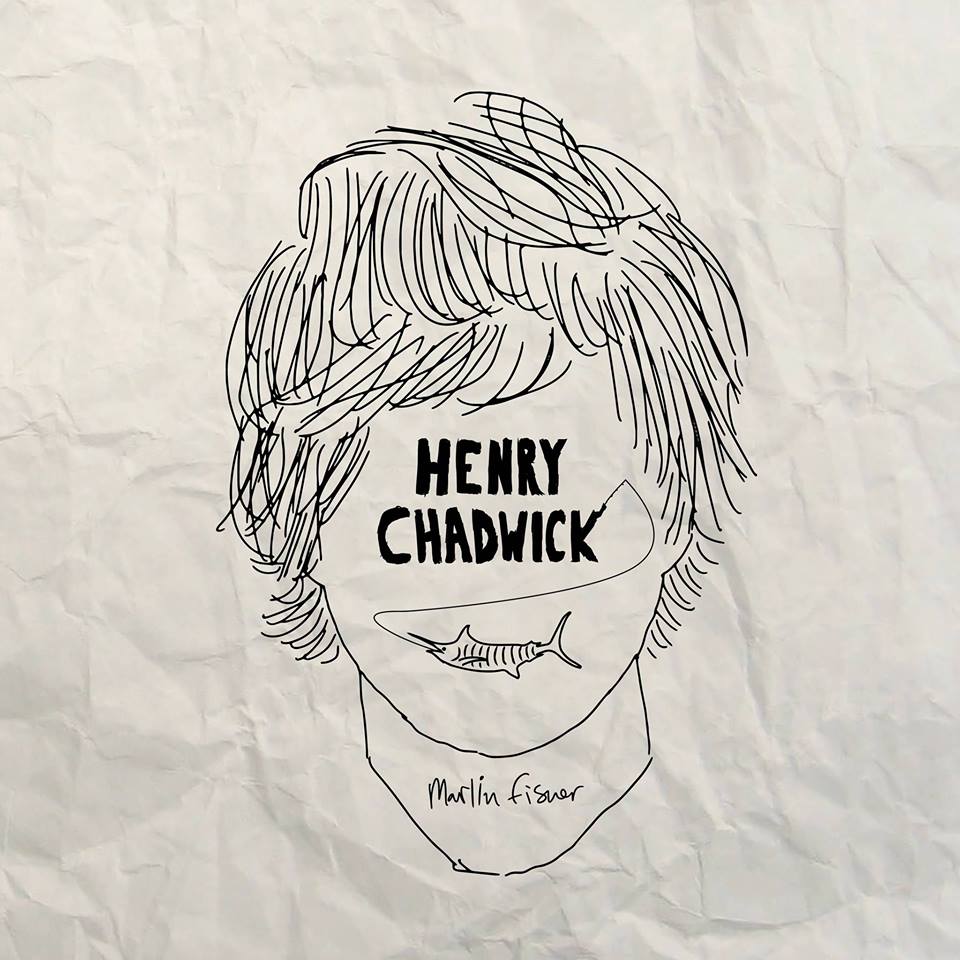 California musician and songwriter Henry Chadwick spent the summer drip feeding us charming and lovable singles, ultimately culminating in the release of his delightful debut record, Marlin Fisher on August 31, 2018.

Generally speaking Chadwick’s sound is ‘indie’ but it slides between genres and eras, with influences old and new (The Kinks, T. Rex, The Strokes, Courtney Barnett, etc.) while maintaining a sound all of his own – and his fourth single lifted from the new record ‘I Can Stick Around’ is the most upbeat, irresistible and pop-coated of all. The sweetly spiky, fuzzed-up flavours of previous singles ‘I Can Stick Around’ and ‘Change’ are replaced with a sweetly melodic blend of ’60s Merseyside sounds and pure power-pop loaded with hooks, as bright power chords pair up with sugarspun harmonies. ‘I Can Stick Around’ is Chadwick at his most irresistible; this is a 100% earworm material.

You can listen to ‘I Can Stick Around’ below and I implore you to check out Marlin Fisher, it’s here. 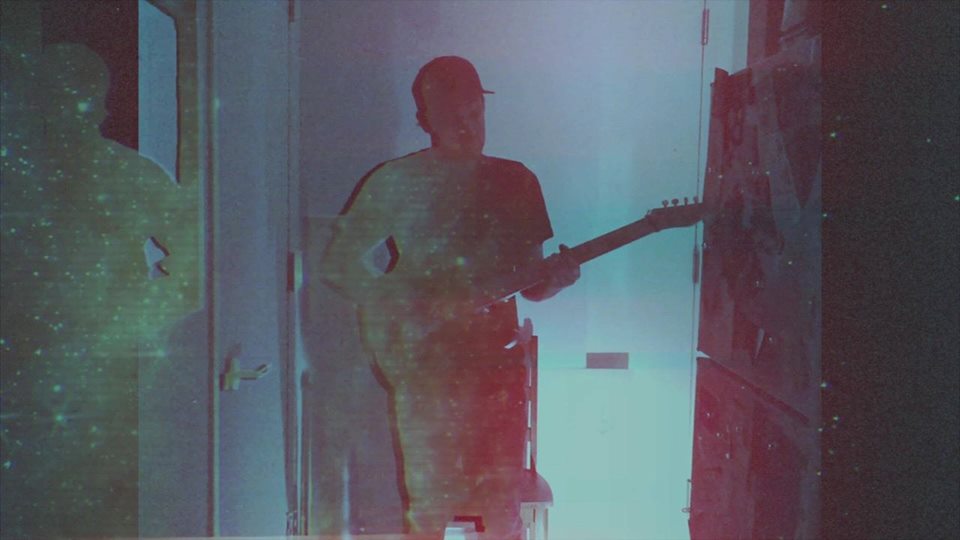 Ahead of the forthcoming LP, Tender Glue has already teased it with wonderful ‘Rudy’ and with the release date closing in, he’s shared new single ‘Lights Out’. Similarly to the aforementioned single, ‘Lights Out’ is a sweet piece lo-fi dream-pop recorded in the closet of his apartment. It is a gentle, rich and heartfelt guitar-driven ballad of tender melancholy with a chiming guitar and tender vocal making there way through a dreamy, misty atmosphere which swells to consume all before it as Gluewicki voice strains to rise above it just as the swell subsides back to its mellow undulating origins. Another powerful, touching and beautiful song from the NYC artist.

Listen to Tender Glue‘s ‘Lights Out’ below and keep an eye out for album coming on September 28. Taking their lead from the melodic, anthemic instincts of bands like The Replacements and The Strokes, adding a touch of the melancholy from British pop music a la New Order and The Cure and you’ve kind of got the idea. Their debut single proper is ‘Burn Yr Idols’. Backed by a steady beat, it blazes a trail with addictive riffs cutting through a mire of fuzz as Rahman’s raspy vocals, delivered with grit and attitude, rages against ‘toxic behavior’ (racism, homophobia, toxic masculinity, transphobia, etc.). It’s powerful, angered and defiant – the kind of tune that on playing it, you grow 10 feet tall and swagger down the street like nothing in this world can phase you.

Listen to ‘Burn Yr Idols’ below; a superb opening introduction. 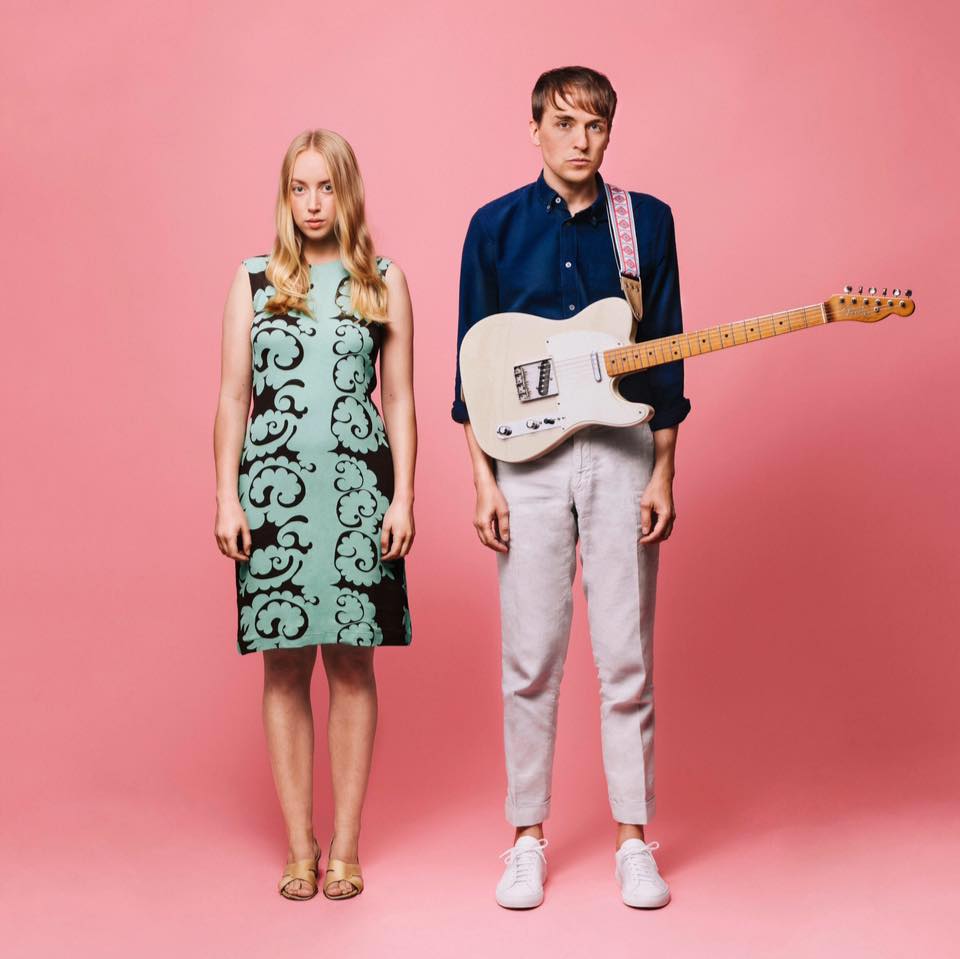 Having released their second album From Paris With Love in recent weeks, Swedish sunshine-pop purveyors Alpaca Sports have followed it with equally Gallic-inspired single ‘Eiffel Tower’.

Revolving around the talents of Andreas Jonsson & Lisle Mitnik, Alpaca Sports well paired with Spanish label Elefant Records, who’ve plenty of form for pushing irresistible pop. ‘Eiffel Tower’ is a bright, breezy and heartfelt piece of piano-pop perfection, capturing a night in Paris beneath the famed tower. A timeless pop earworm, ‘Eiffel Tower’ skips along a jaunty rhythm surrounded by gorgeous melodies, rich instrumentation and chimes as the interspersed girl/boy vocals of Jonsson, joined by Amanda Åkerman capturing precious moments. For all the chiming and joyous sounds, this is juxtaposed by a real sense of longing however; avoiding any chance of being too twee or saccharine sweet. An irresistible piece of pure pop perfection – so, so good!

Tune into ‘Eiffel Tower’ below and if that is to your liking, why not check out their new record From Paris With Love over here? 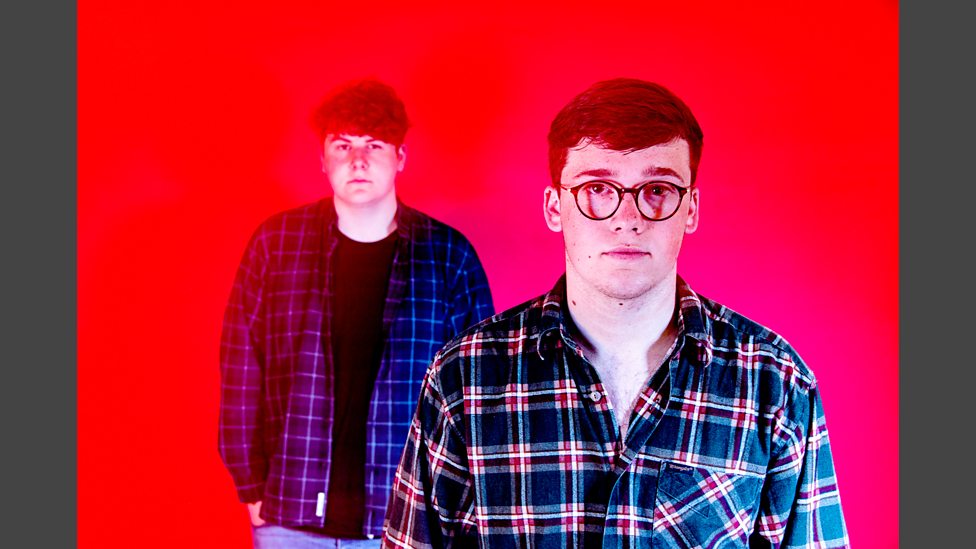 Self-dubbed “punk-blues” two piece Alffa are a force to be reckoned with. Performing in their native Welsh, this pair have a massive sound and craft explosive tunes echoing the likes of The White Stripes, The Black Keys & Royal Blood et al.

Direct. Austere. Little is wasted here. The muscular ‘Creadur’ announces its deafening presence with a ferocious guitar riff, followed by the thunderous and propulsive drum beat with searing, hard-hitting vocals. This is a thundering three-minutes of gritty rock ‘n roll as one indestructible riff crashes into the equally mammoth percussion as the irresistible and tuneful nature of the chorus just seeps into your brain. Alffa’s other offering, ‘Tomos Rhys’ proffers a slightly different side to their punk-blues explosion. Equally hard-edged, it opens with a stomping slow-paced blues vibe struts its stuff amid bursts of riffs and crashing drums before succumbing to mammoth noise making mayhem of ‘Creadur’. Dazzling and brilliant; this is mighty stuff.

You can check out ‘Creadur’ and ‘Tomos Rhys’ below – just a suggestion, turn it up LOUD.

END_OF_DOCUMENT_TOKEN_TO_BE_REPLACED 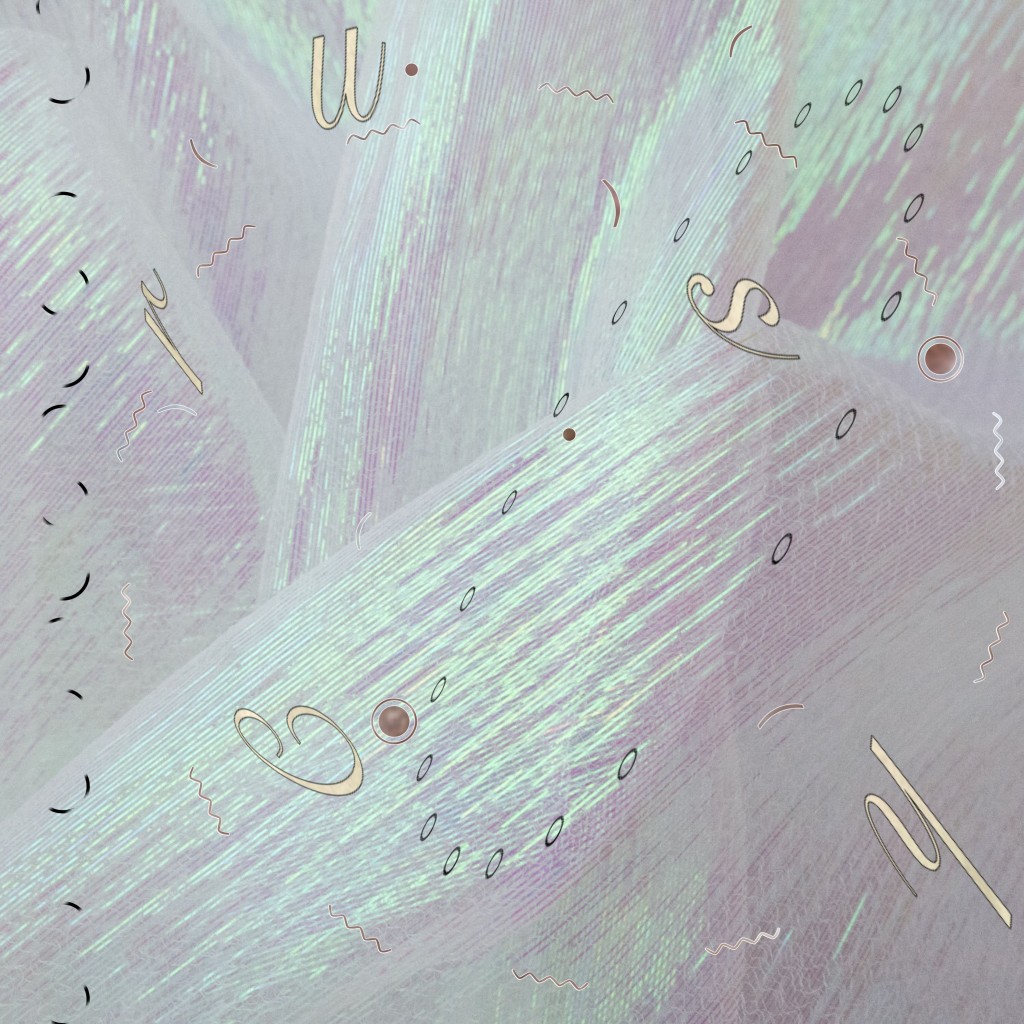 Under the guise of Airhead DC, Washington D.C. native Vishal Narang releases dreamy indie-pop that he describes himself as “a meditation on love, spirituality, and creative freedom.”

With plans to release new album Crush Hi on October 26 via Danger Collective Records, Narang is teasing the senses with ‘Honey-Colored Flame Blown Off My Candle’. Recruiting the assistance of Cherry Glazerr members Tabor Allen, Devin O’Brien, and Sasami Ashworth, to produce, engineer, and perform on the record, it is a delightfully dreamy excursion to a melodic world of experimental pop music. It is peculiar yet beautiful, warm and inviting in its hazy ways. ‘Honey-Colored Flame Blown Off My Candle’ shimmers, winks and twinkles on its mellow way and the dual vocals are a delight as they swim amid layers of mildly coated warm fuzz. All in all, a fabulously dreamy delight.

You can listen to ‘Honey-Colored Flame Blown Off My Candle’ below. Don’t forget, Crush Hi, is set for an October 26th release on Danger Collective Records. 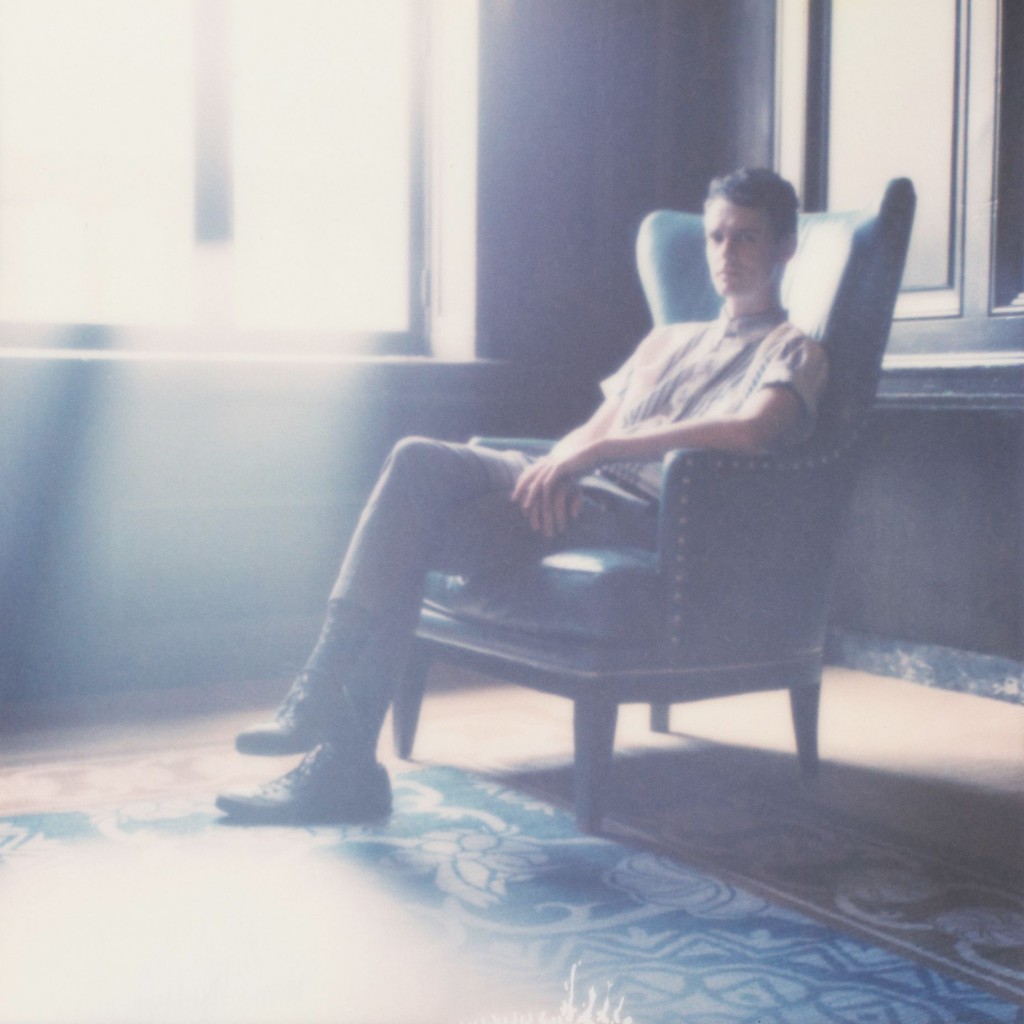 Through his project Henry Nowhere, Henry Moser has turned our with a steady set of solid dreamy singles in the past year, including a selection set to appear on his new EP Not Going Back.

‘Good Thing’ is the latest to be lifted from the forthcoming record and is apparently Moser’s favorite song from the EP. It is a woozy cut of whimsical dream-pop. Dripping with an irresistible melody, a piano plinks and plonks lightly amid a sea of shimmering haze as a gentle guitar strum warms the heart and Moser’s hushed lilting vocals hover above the lush and harmonically rich tones. ‘Good Thing’ is exactly as its handle states. Comforting, comfortable and delightfully dreamy; like a warm bed on a cold morning.

That new EP, Not Going Back, will be out September 14 via Sleep Well Records. For now, get to know ‘Good Thing’ below: Silica Angel is the moniker of New York-based musician and producer Evan-Daniel Rose-González. Under this alias, we are spirited away on an electronic excursion to an unhinging subterranean world that while edgy, it is completely captivating.

Silica Angel’s latest single ‘Faustian Botany’ captures this chilling approach with perfection. Like entering some demented underground labyrinth, the overriding vibe is unnerving, unsettling and eerie. While both bizarre and jarring, it is utterly compelling as rich textures create dark atmospheres, emotion and a feeling of descending to subterranean world of the unknown, or ghoulish dystopian future. The b-side ‘Cicada Cartridge’ (feat. SadoSan) meanwhile, ups the ante all together. A sprawling 10-minute barrage of dark, subterranean noise, it harnesses the two pronged feverish approach of manic, bubbling percussion and demented vocal chants. The result is something even more unnerving and unsettling, yet somehow makes for even more compelling listening. Silica Angel’s music is discordant and strangely cinematic, and you won’y forget it in a hurry.

After a quite a wait, Bulgarian born Los Angeles-based artist Gueorgui Linev, aka Kan Wakan, has delivered Phantasmagoria, Vol. 1 to the world, the first part of his album trilogy.

Recorded with the Sofia Philharmonic Orchestra, the calming and enveloping record features some of the sublime singles that held our attention until its release; namely ‘Molasses’ & ‘I Would’ among others. To mark the album’s release, Wakan has shared the opening track ‘Unlucky’ as his latest single. It encapsulates the record perfectly, using a gorgeous blend of organic and electronic layers to create a dark sultry pop sound with a breathy enticing vocal. The tension, the progression and perfect arrangement as it swells beyond any early indication – Wakan’s music just requires your time and patience. Sublime!

Listen to the ‘Unlucky’ below and you can check the album out over here.