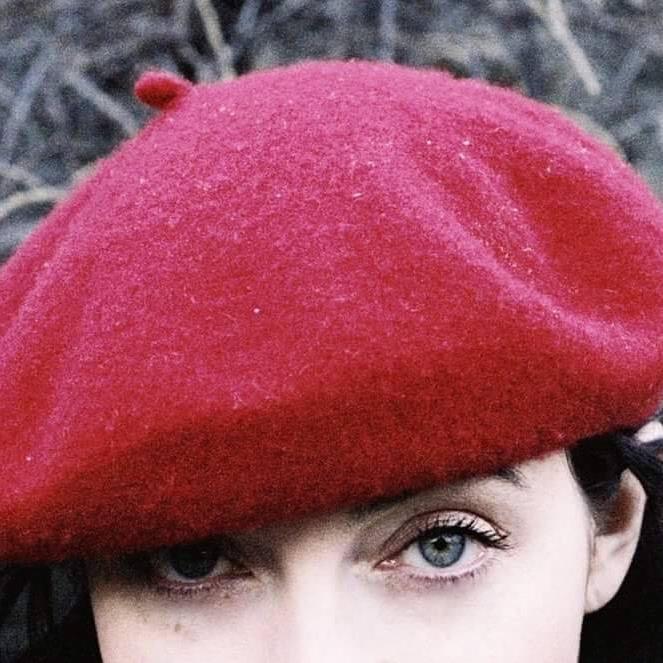 Originally from Fermanagh, Clara Marie’s fledgling musical steps began singing la chanson française during a seven year sojourn in gay Paree. Inspired by the timeless nature of Parisian culture, her music carries with it the surreal quality of her time spent there.

Having returned to Ireland and now residing in Dublin, Clara teamed up with musician and producer Kayak (Hugh Cresswell) to fuse electronic elements with her classical style and in doing so, managed to create something rather special.

The first fruits of their labour is Clara Marie’s debut single ‘Boat or Bike’. Conjured up on a bridge in Amsterdam, it is a whimsical daydream of a song, with more than a mild dose of avante garde surrealism. It gently bobs along a steady waltzing beat, joined by spooky, twanging guitar and dripping keys and compelling, somewhat haunting, fluttering vocals completing the edgy fairground surrealism. ‘Boat or Bike’ is beguilingly hypnotic, tiptoeing the listener delicately into a transfixing haze. A spellbinding introduction to the delectable talents of Clara Marie.

You can treat yourself to the wondrous ‘Boat or Bike’ below now. And for those of you in Ireland, you can catch Clara Marie at Body & Soul and Electric Picnic this summer.