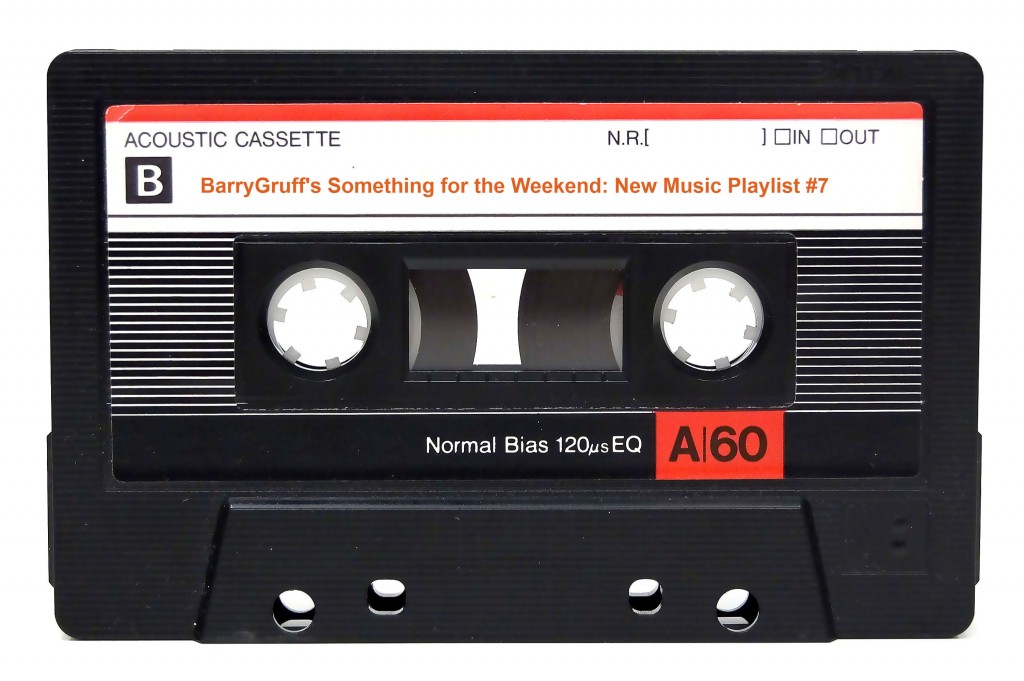 A new regular feature to blog, a short weekly Spotify playlist series featuring some of the finest new music to prick my ears.

Clocking in or around and hour, it’s an easily digestible slice of new music, just in time for the weekend. There’s a nice mix of genres and styles too, allowing me to share even more top tunes for your ears. Well, without further ado, here’s #7. Enjoy!

Self-described as “colorful, almost cartoonish music made by lunatics”, Luddy Mussy don’t do themselves justice.

With their new single ‘Is A Sound’, the Boston-based five-piece have served up one of the most intriguing and imaginative releases of 2017. It is a sprawling thirteen-and-a-half-minute adventure through era, genre and the rest, taking in alt-country, rhythm & blues, ’60s pop and indie. Opening with over four-minutes of instrumental brilliance, it kicks into gear when the vocals arrive, and how. For its rather protracted length on paper, it remains coherent and captivating exploration of sound in a similar vein to The Stones, Dylan, The Kinks and Wilco. That’s about that, a great song.

No indication to whether it will form part of more substantial release but for now, listen to this 13-minute epic and imaginative adventure below. 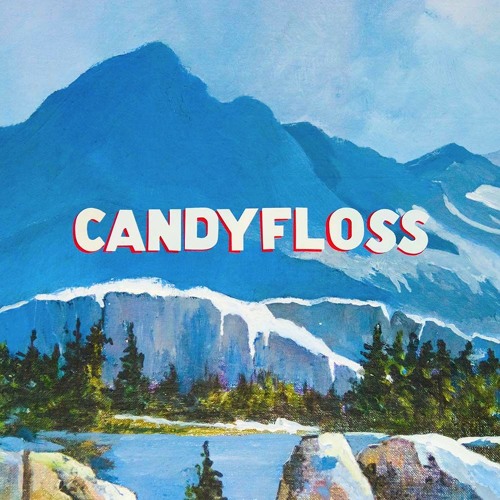 James Wyatt Crosby is a Toronto-based songwriter and multi-instrumentalist who makes catchy, smiley dream-pop songs with a lo-fi DIY ethos.

Crosby’s debut album is forthcoming and if ‘Candyfloss’ is anything to go by, it’s going to be hard to ignore.

‘Candyfloss’ out now, tune in below: 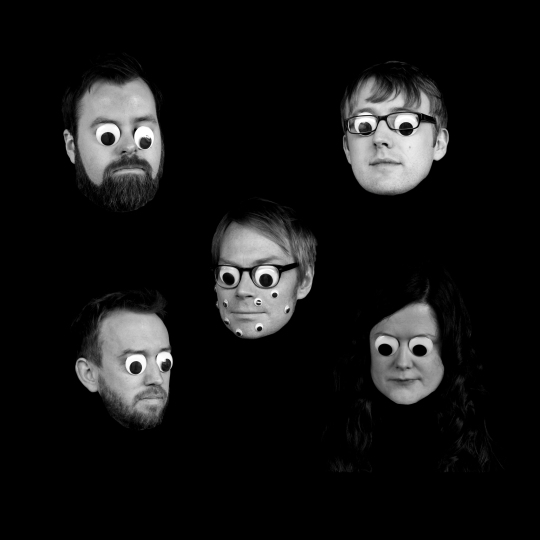 Welsh indie pop maestros Seazoo have announced the release of a brand new single ‘Roy’s World’, taken from their debut album out summer 2017.

For a number of years now, the North Walian five-piece have utterly charmed us with their signature brand of effervescent, sprightly indie-pop tunes. Setting the standard for what will no doubt be a sparkling debut debut LP, Seazoo have shared ‘Roy’s World,’ the first track from the forthcoming record. ‘Roy’s World’ is both scuzzy and sweet, as it whizzes and fizzes through a blend of guitars, organs, synths and smiley melodies for an infectious, sun-kissed sound dripping with overwhelming sense of nostalgia. A sparkling, charming and irresistible piece of effervescent indie-pop, ‘Roy’s World’ should be a summer favourite.

‘Roy’s World’ is out now. Catch the Seazoo bug below: 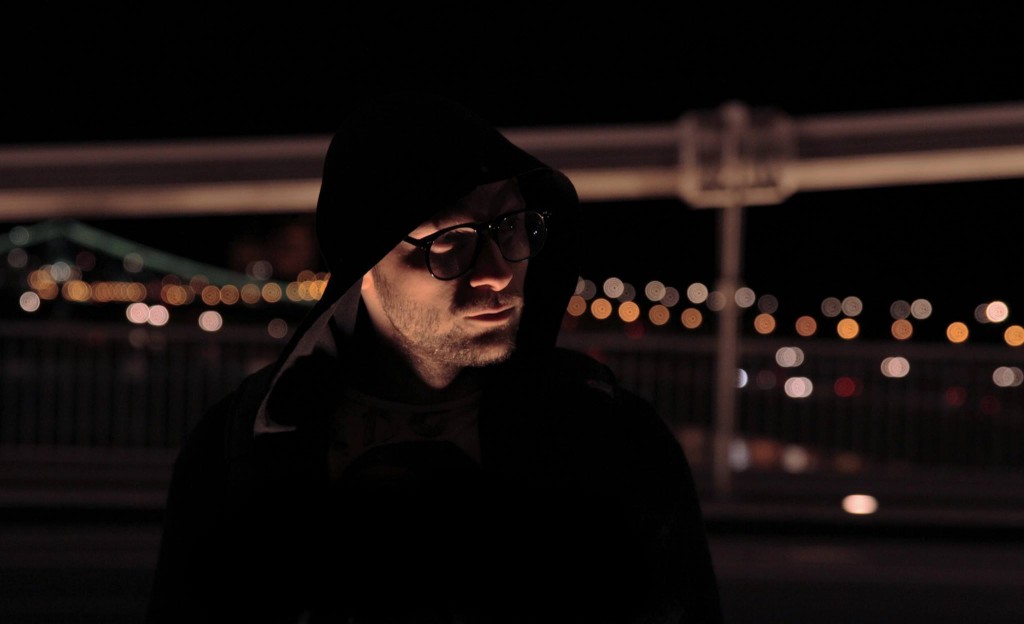 There isn’t a huge amount of info available on Lucavietski. What do we know? He’s a producer based in the UK. His real name (or one provided) is Andrei Stan, and he crafts captivating, beat-driven tunes.

His latest single, ‘Trust Your Self’ was released earlier this year and a post has been in the pipeline for sometime (time, the eternal enemy). It is a stunning exposition of Lucavietski’s abilities; it is an elegant and crisp production. It is a downtempo sojourn through a wistful world of hip-hop inspired beats, plinking keys, humming synth and luscious strings that swells to an inspiring, wholly optimistic climax. ‘Trust Your Self’ stunning production and one that is deeply affecting, and given the overwhelmingly positive and optimistic vibes, you be all the better for it.

Listen to ‘Trust Your Self’ below – letting it into your life could be the best thing you do all day. 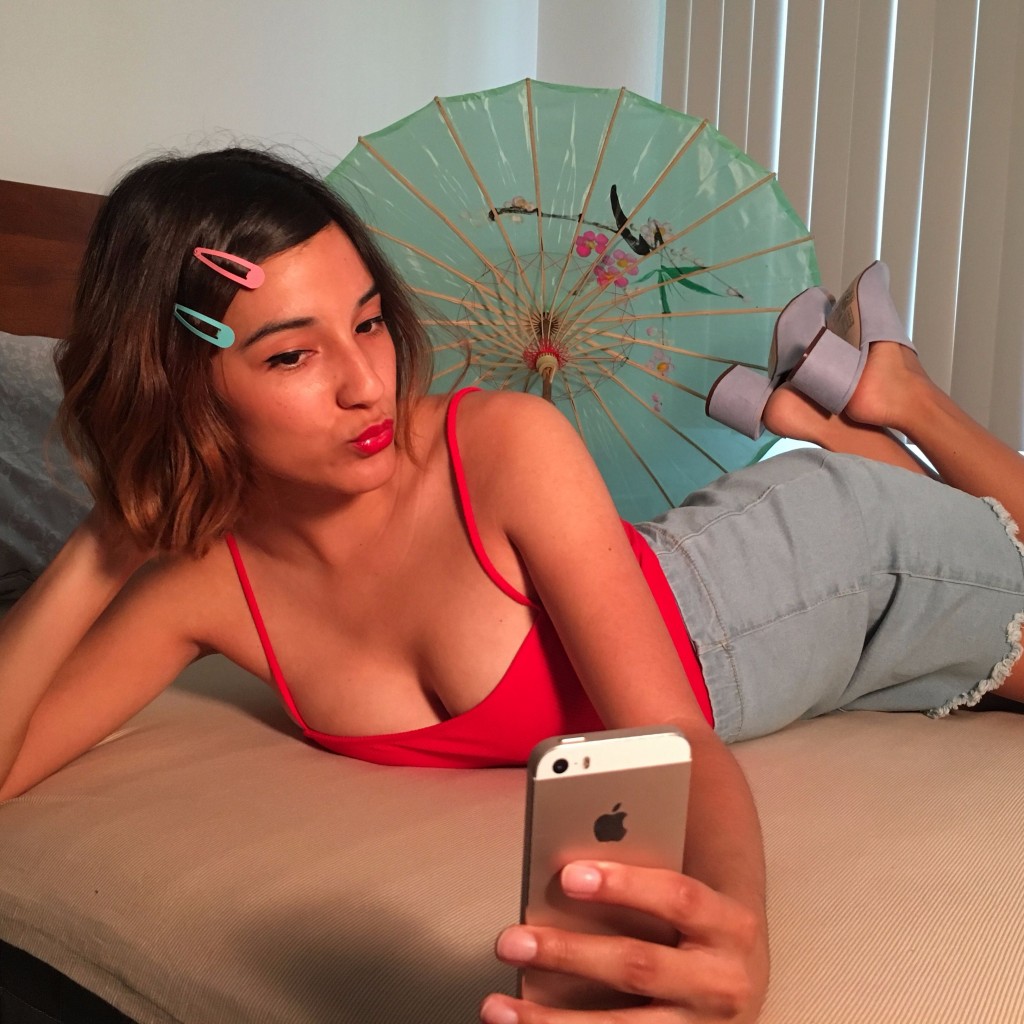 Pink Fruit is the moniker and latest project of LA musician, Ashley Garcia.

Garcia’s latest release is new single, ‘Komputer’; an apparent ode to cellphone culture. Whatever the song’s inspiration, it is a playful, giddy and infectious piece of electro-pop. Floaty atmospherics and twinkling synths are interspersed with playful bouts of electronics, as a bouncy beat steadily reveals itself. Garcia’s heavenly vocals are the icing on the cake for this cheerful, dreamy and irresistible bundle of joy. This is one of those tunes that will paste a big smile on even the most glum of faces. Wonderful!

You can listen to ‘Komputer’ and previous single ‘Teenage (No Honey)’ below. 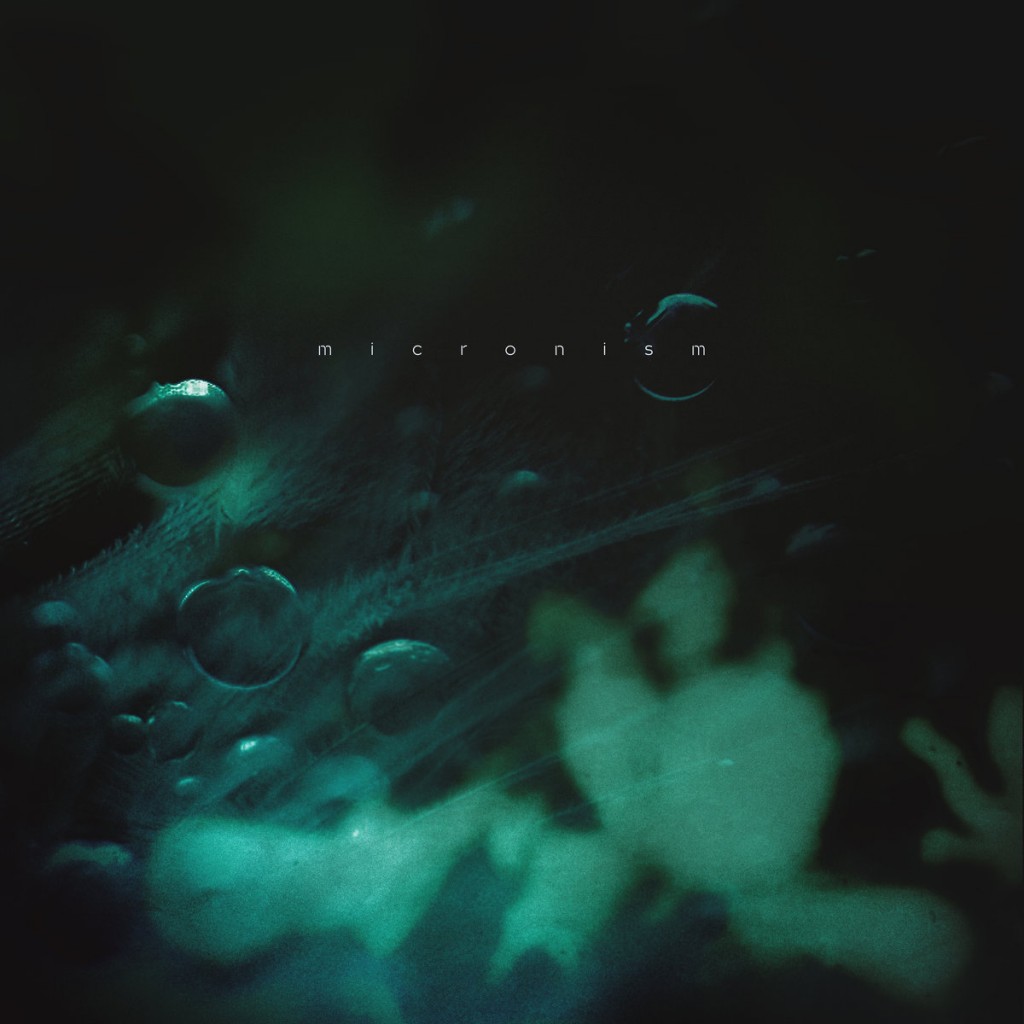 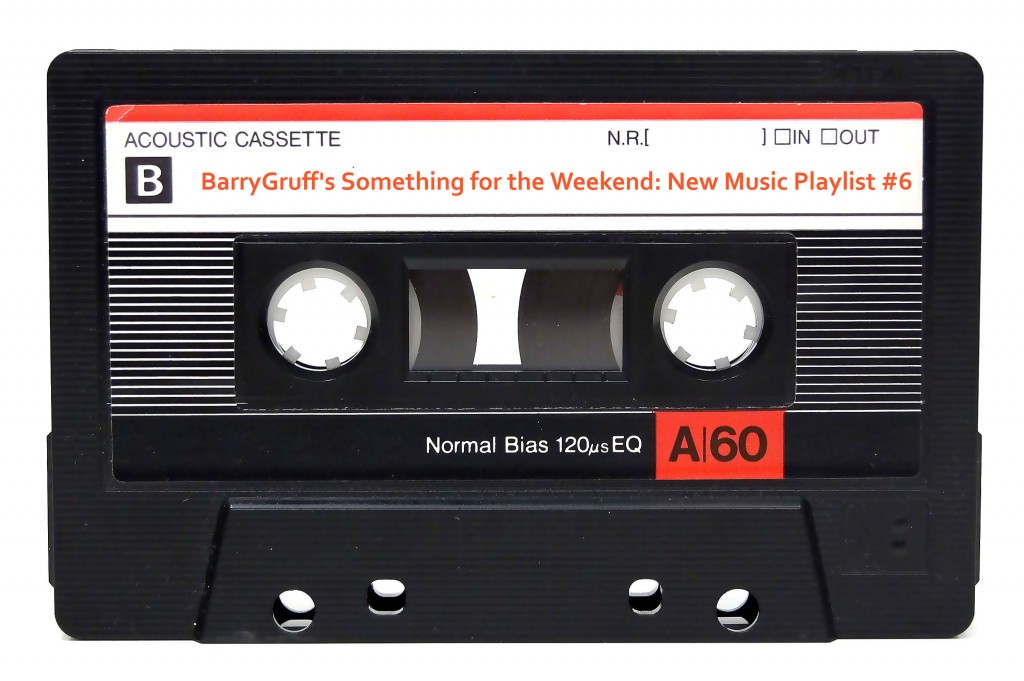 A new feature to blog, a short weekly Spotify playlist series featuring some of the finest new music to prick my ears.

Clocking in or around and hour, it’s an easily digestible slice of new music, just in time for the weekend. There’s a nice mix of genres and styles too, allowing me to share even more top tunes for your ears. Well, without further ado, here’s #6. Enjoy! 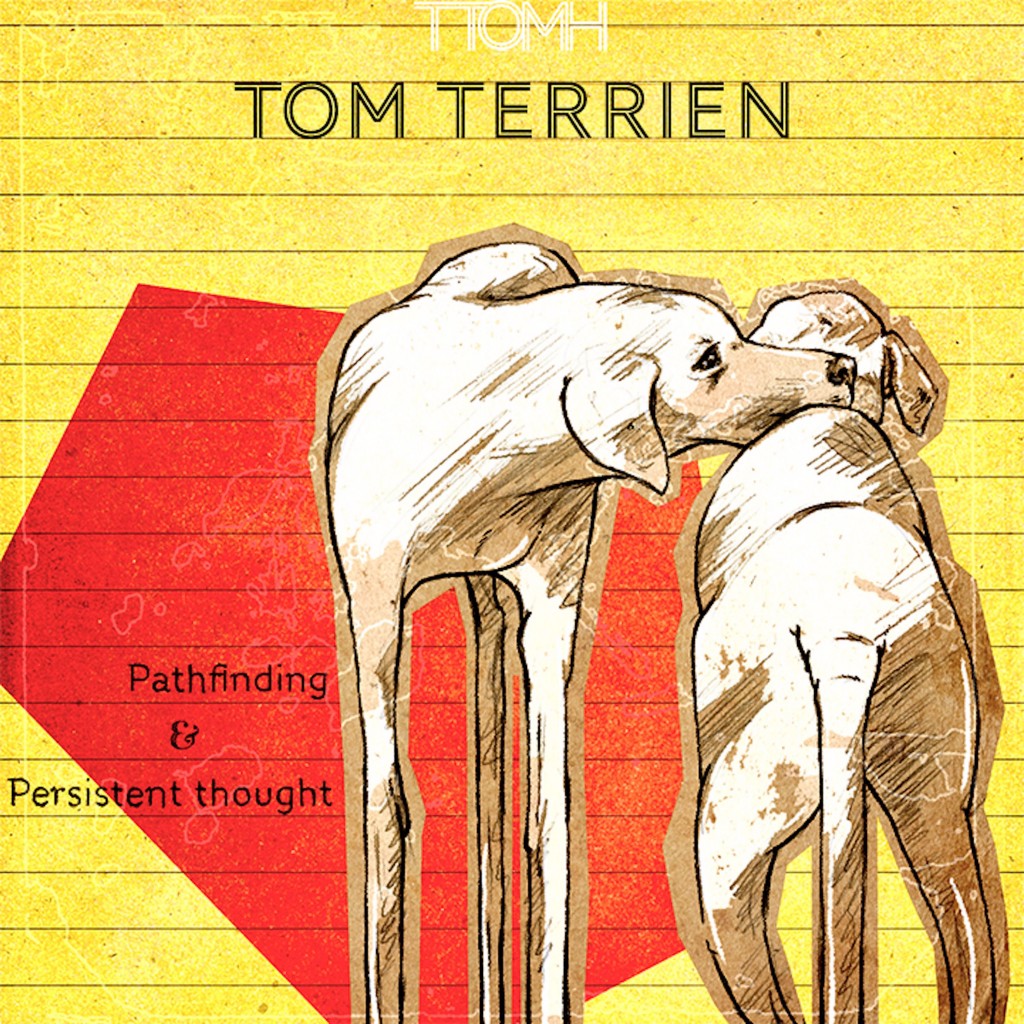 French producer and multi-instrumentalist Tom Terrien has been in the music making game for close to two decades now, and it shows, in a good way.

The Toulouse-based artist has a deft touch when it comes to fusing genres and styles, something acutely obvious from his latest single ‘Pathfinding’. It gracefully floats in an ambiguous limbo of experimentation, between subtly euphoric and vaguely ambient. ‘Pathfinding’ is patient, slow-building and reveals itself gradually while sustaining the rhythm and protracting the promise of yet more to come. Captivating through repeated propulsive beats and swirls, chinks of light emerge from the hypnotic elegance, for a climactic finish enveloped in mild euphoria. ‘Pathfinding’ is a nine-minute-masterclass in precision, sound and style.

You can listen to ‘Pathfinding’ below. It is out now, and joined by companion track ‘Persistent Thought’; listen here.

‘Way to Go’ is the latest single from Σtella – aka Stella Chronopoulou – a Greek artist whose output is known for an ability to mix up genres and disciplines, sculpting off kilter pop gems without a hitch.

The Athens native released her latest album, and follow-up to her 2015 self-titled debut LP, Works For You back in February. Lifted from the aforementioned record, ‘Way To Go’ is an enticing, off-kilter alt-pop gem. It, like the new record, finds Σtella achieving a sense of balance between pop and experimental. A bouncy pop song, ‘Way To Go’ is fuelled as much by the buoyant melodies as it is by an under-stated hint of techno and electro-pop nous. This is artistic experimentation and pushing boundaries met by an ear for the irresistible; ‘Way To Go’ will stick in your head for days and days.

‘Way To Go’ reveals but one side of an extremely talented and multi-faceted artist; for full insight check out the new record in its entirety, here.

Check the video for ‘Way To Go’ below: