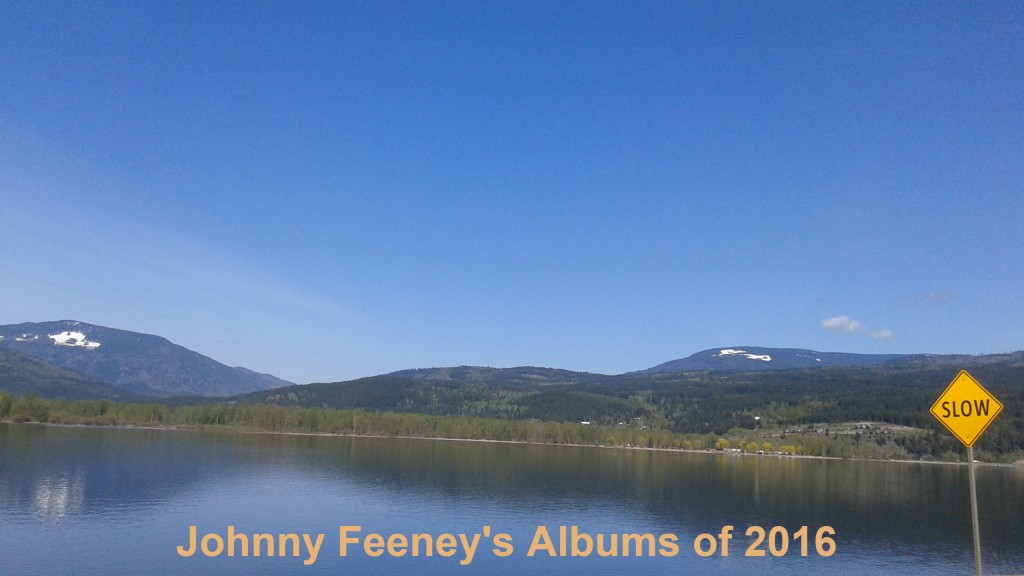 Better late than never, Johnny Feeney would like to share his favourite records from 2016 with you all.

A reliably insightful musical sage, Johnny’s guest appearances are always interesting and add an extra flavour to the blog and I look forward to reading them – surely I’m not alone?

A massive thanks to Johnny for taking time out to compile this list, and on that note, I’ll leave you with his Mr. Feeney’s favourite records of 2016.

The Birmingham soul singer’s second studio album comes densely packed with layers of Mvula’s unique vocals and a broad range of sounds and influences, including lead single ‘Overcome’ featuring Nile Rodgers. Despite not always hitting the mark, there are some powerful, intriguing tracks on here. Really needs to be played at a high volume to give everything a chance to be heard.

Virginia’s Will Toledo has been releasing albums prolifically as Car Seat Headrest for a few years now but this is only his second full release on a major label. Seriously overlong at almost 70 minutes, the album has the capacity to absolutely blow you away with cracking rock songs such as ‘Fill In The Blanks’ or ‘Drunk Drivers / Killer Whales’. The more you listen to it, the better it gets.

The debut album from this Madrid all-girl four-piece is a joyous, upbeat lo-fi indie rock affair. There’s a neat trick performed here with the loose, ramshackle guitars and lazy, loose drums in stark contrast with the tightness of the hook-laden, impossibly infectious songs – and the sound of a band having a lot of fun and not taking themselves too seriously.

Another year, another brilliant album from San Francisco’s ultra-productive and consistent garage rockers. Following on from last year’s equally fine Mutilator Defeated At Last, the quartet blast their way through the first half of this album with their distinctive, blistering psych/garage guitars and swampy percussion before slowing things down to similarly devastating effect for the final three songs. Funereal closing track ‘The Axis’, in particular, is breathtaking.

06. Melt Yourself Down – ‘Last Evenings On Earth’

Natasha Khan’s (AKA Bat For Lashes) fourth studio album is a concept album chronologically telling the devastating story of the eponymous bride, starting days before her wedding. After her fiancé dies in a car crash on the way to the church, the rest of the album sees the heartbroken bride deal with her various levels of grief in songs with titles such as the crushing ‘Honeymooning Alone’ and the more uplifting ‘I Will Love Again’. An emotionally heart-wrenching, musically stunning record.

The Welsh singer-songwriter’s fourth studio album is a treat of glorious, left-field alt-rock. Le Bon’s slightly haunting vocals and the ever present off-kilter guitars dazzle and delight. ‘I Was Born On The Wrong Day’ sounds like vintage PJ Harvey. The single ‘Wonderful’ is aptly titled and lives up to its name. The relentlessly building closing track ‘What’s Not Mine’ is a work of art, and a fitting sign off to a superb album.

It takes the London four-piece’s sophomore album less than half a minute to completely draw in the listener. Opener ‘Dusseldorf’ is an almost perfectly wrought pop song – all stabbing synths, motorik rhythms, soaring harmonies and spiky guitar hooks. Thankfully, the high standard set rarely drops for the remainder. Be warned, some of these tunes will get stuck in your head for days.

After simultaneous break ups with his partner and his band Race Horses in 2013, Welshman Jones decamped to Rome where he found the inspiration for his first solo album. The resulting work is an astonishing collection of dramatic, uplifting orchestral pop of unending beauty. It’s both high-brow, with its intricate layers and artistic and literary references, yet still immediately accessible. The incredible depth of the songs is such that even after repeated listens there’s still something new to be found throughout. No mean feat, Jones has turned a dark time in his life into a joyous triumph and released, for me at least, the best album of the past few years.