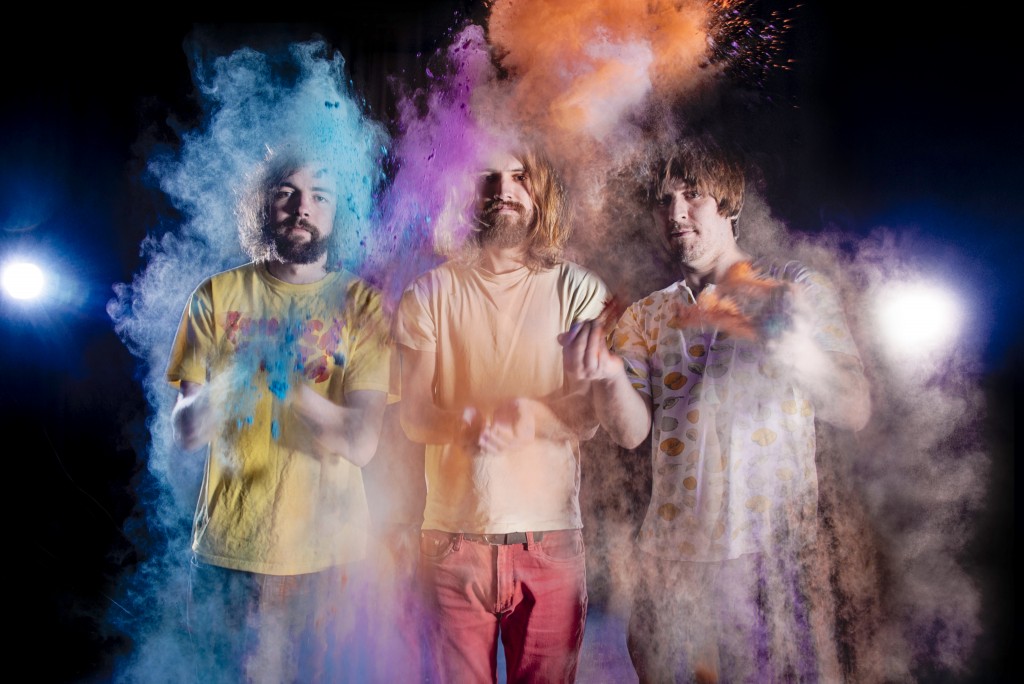 Having kept a watchful eye of North Walian trio CaStLeS for quite sometime now, it is really great discover they shall release their debut album Fforesteering on 18th November.

The trio have impressed at every given opportunity with a signature sound that sits somewhere between Django Django, the Beach Boys, Os Mutantes and Ennio Morricone. Recorded and self-produced inside a static caravan outside of guitarist and vocalist Cynyr’s home high up on the hills of Snowdonia, the album looks set to continue the themes of their PartDepart EP and take inspiration and comfort from the surrounding North Wales landscape. Preceding the release of their debut LP is new single ‘Amcanu’ (out November 4th). Splicing together psychedelic surf rock, blues and mildly dancey, kraut-rock grooves with sweet vocals harmonies, this swirling infusion sees CaStLeS craft a unique sonic brew of irresistible grooves laced with psych riffs and hypnotic reverb soaked melodies. An utterly brilliant single and sound – nothing new there!

CaStLeS debut album Fforesteering is out on 18th November but you can listen to ‘Amcanu’ & previous single version of the album’s title-track, below, now.