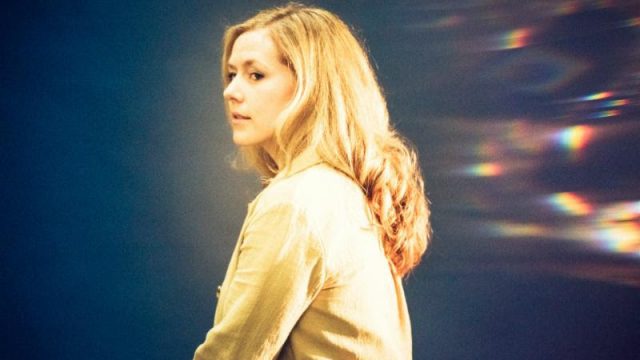 LA-based Springtime Carnivore (aka Greta Morgan) has announced a new album Midnight Room, the follow up to her excellent 2014 self-titled debut.

Penned for release on October 7 via Autumn Tone, the record is produced by Chris Coady (Beach House, Future Islands) and features La Sera’s Katy Goodman on vocals, Alex Greenwald (Phases, Phantom Planet) on bass, and Jason Boesel (Rilo Kiley, Bright Eyes) on percussion. Ahead of its release in the autumn, Morgan has shared the album’s first single, ‘Face the Moon’. On the surface at least, ‘Face the Moon’ seems as frolicsome as anything from her overwhelmingly buoyant debut but closer inspection reveals something far different. Musically effervescent and dreamy, as Morgan’s vocals easily soaring above the sprightly piano and brisk drumbeat. The lyrics lend a forlorn air of isolation, loss and heartache – describing love as “a cold and distant thing / you can barely see” – it is the juxtaposition between the two which adds the spark to the song. Another dazzlingly slice of indie-pop from Morgan and one that certainly bodes well for the new record.

Midnight Room comes out October 7th. Before then, you can listen to ‘Face in the Moon’ below.