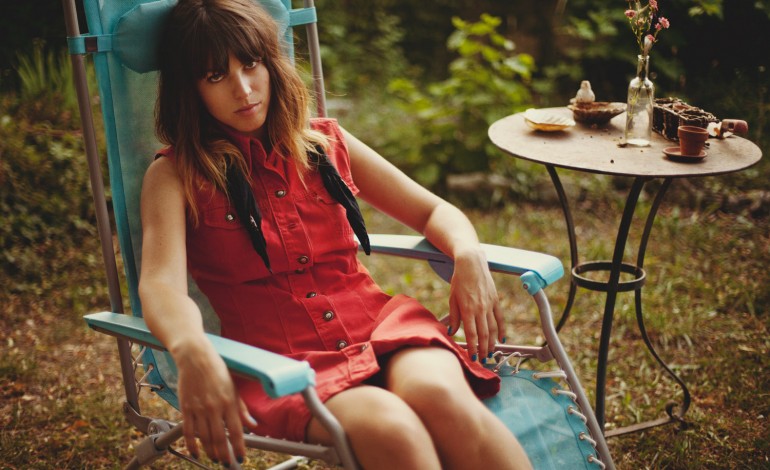 Unfortunately haven’t heard from Melody’s Echo Chamber in a while, far too long in fact. It has been four long years since Paris’ Melody Prochet endeared herself to the world with her sublime debut LP. Sadly since then, all we’ve had in the way of new material is dreamy 2014 single ‘Shirim‘.

Last week however, Ms. Prochet kindly uploaded four previously unreleased Melody’s Echo Chamber demos to SoundCloud, and judging by the tags, they would seem to have been recorded in 2013 with, and feature Tame Impala‘s Kevin Parker. The pick of the bunch are ‘Pêcheuse De Lune’ and ‘From Pink They Fell Into Blue’, which like her debut, maintain those hazy, psychedelic vibes. At times everything is covered with a lovely blanket of reverb and fuzz, with only Prochet’s honeyed, inviting vocals cutting through the haze. Shimmering psychedelic dream-pop of the finest variety, that finds the sweet spot between between the two, perfectly. Nice as it is to hear these tracks, hopefully we get a new Melody’s Echo Chamber record in the not so distant future. Here’s hoping anyway.

You can enjoy ‘Pêcheuse De Lune’ & ‘From Pink They Fell Into Blue’ below now or head over here, for all four.